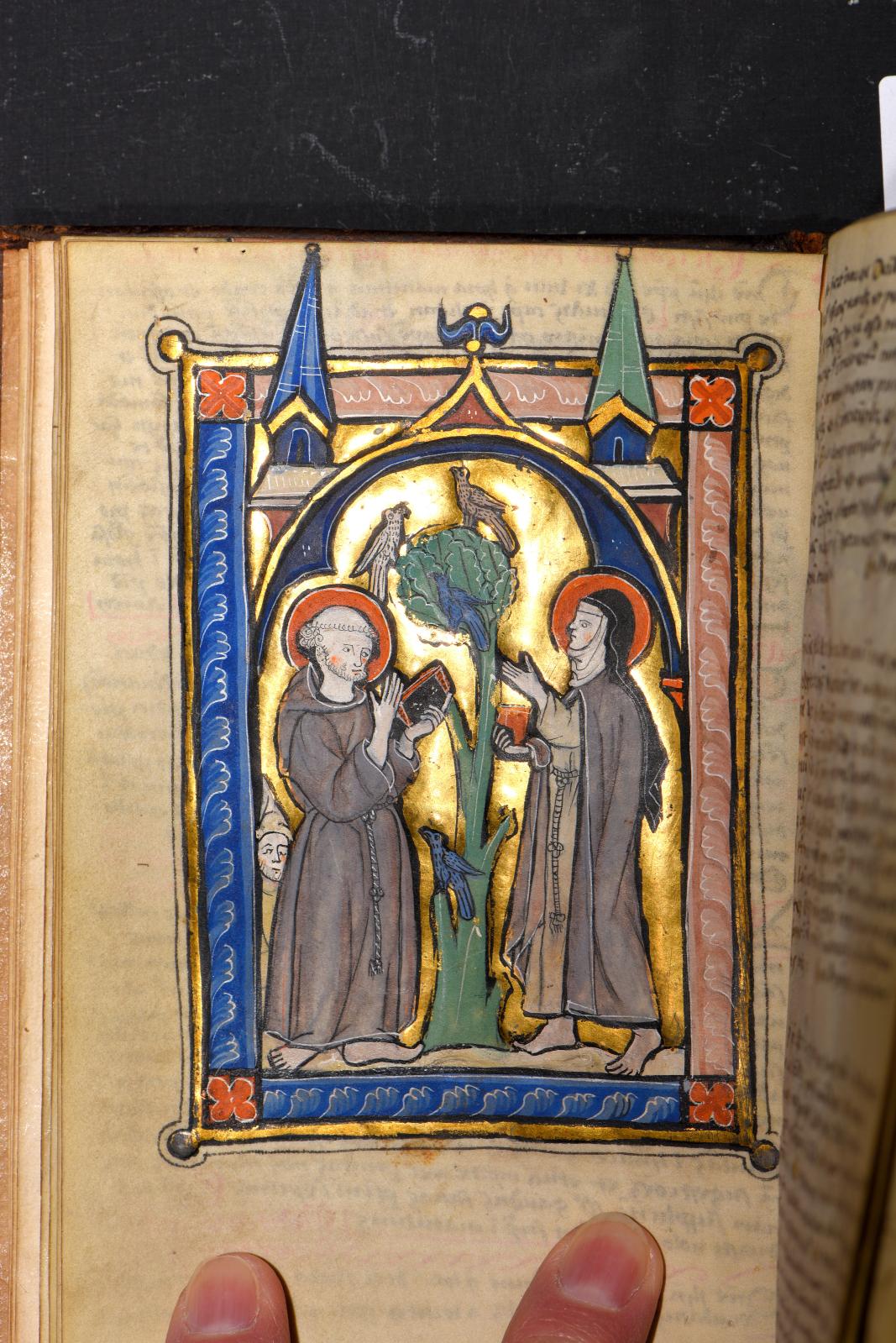 Please note: "rare piece", says the (highly detailed) description in the sale catalogue. This little-annotated, almost complete psalter (for instance, the first page of the calendar, i.e. January and February, is missing), deserves this eulogistic qualification for several reasons. Firstly, its decoration is beautifully unified and in good condition. In addition, despite the evidence of different hands in its execution (immediately implying that a studio was involved), the illuminations as a whole are extremely refined. This is certainly true of five large full-page miniatures with gold backgrounds of an Annunciation, a Nativity, an Adoration of the Magi and a Crucifixion, together with a representation of St Francis and St Claire. This somewhat unusual association of the two saints from Assisi, also mentioned in the litanies, suggests the work of a studio known as the "Master of the Franciscans", active in Bruges in the mid-13th century: the mendicant order had been present in the Netherlands since 1228. Meanwhile, their halos suggest they were painted after 1255, when Claire was canonised, 27 years after Francis. The iconography, sober palette and decoration of the calendars mean that the manuscript can be linked with a group of five psalters pinpointed by Kerstin Carlvant in her thesis Manuscript Painting in Thirteenth-Century Flanders, published in 2012. These were all made by Franciscans for Franciscans, and are now in various institutions in Europe (including St John’s College, Cambridge) and America. Bruges would soon be the most highly-populated town in Europe, benefitting from its position as a trading hub, but it took until the 15th century to become the European capital of illumination. This psalter (still the religious book par excellence in the 13th century) thus sheds light on a relatively little-known period of production. However, it is impossible to identify its successive owners; the existence of 15th and 18th century coats of arms encourage bold but entirely hypothetical conjectures – a connection with the Bueil family, for instance.