Making its first appearance at auction, an instrument by the Almería luthier known as the "Stradivarius of the modern guitar" has reappeared. It is one of his finest, as its 1882 vintage falls within his period of excellence. 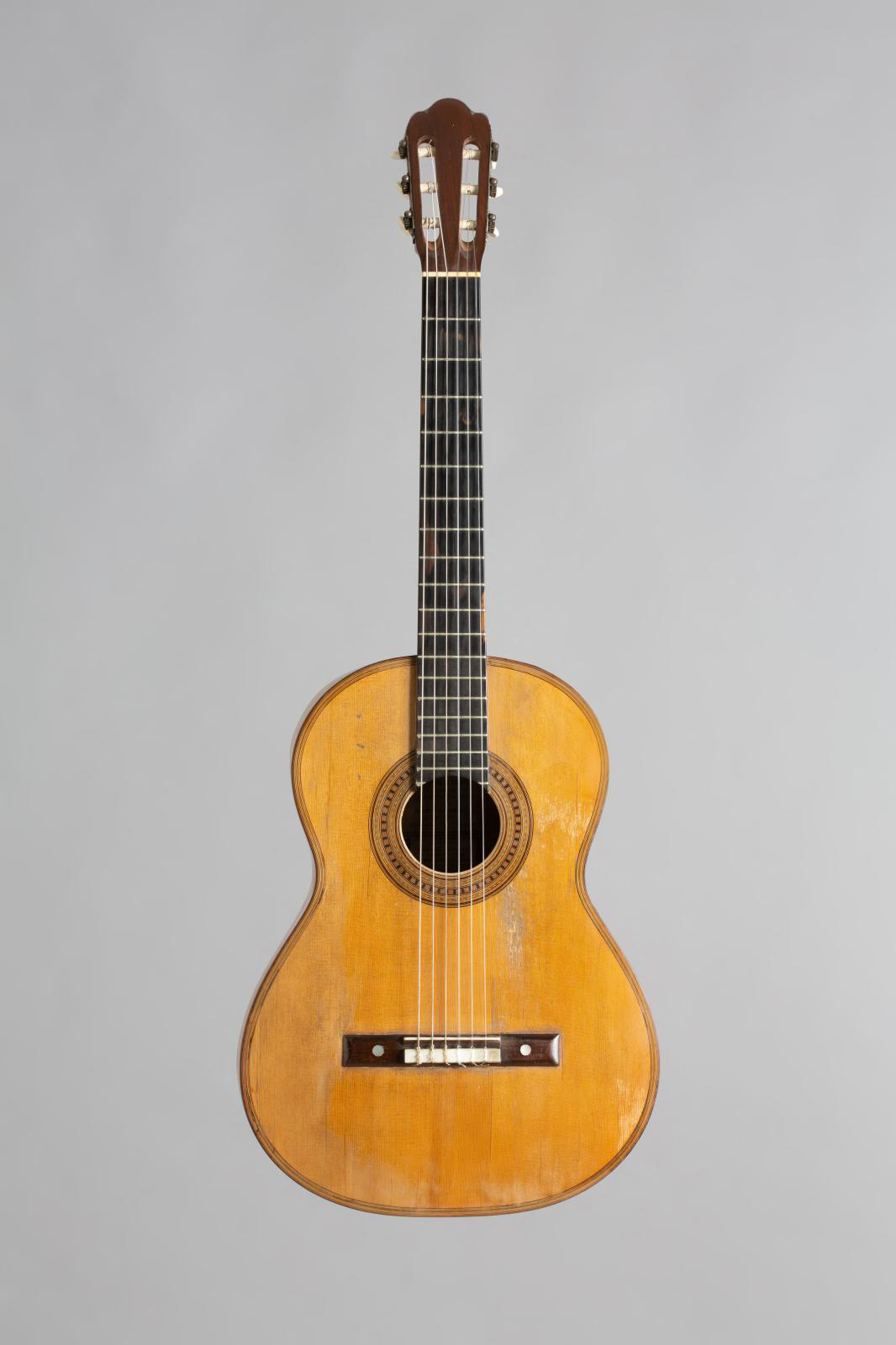 Rarely has a musical instrument had such a checkered career, vacillating between glory and oblivion. Originating in medieval Spain, the guitar reached France much later, and became a craze at Versailles: Louis XIV was enchanted and began playing one, followed by all his courtiers. Then a long decline followed, only ending at the beginning of the 19th century, when the guitar made a bold comeback in the Parisian salons of the Romantic period before disappearing once again—but more briefly. It remained popular in its country of origin, and the work carried out by various luthiers in Andalusia restored it to its former splendor. The most illustrious of these craftsmen was Antonio de Torres, considered the true father of the modern classical guitar, with instruments that are still a universal reference to this day. Yet he began his solo career fairly late in Seville. In 1856, he made his first revolutionary guitar, "La Leona", for the musician Julián Arcas (1832-1882), who made it famous, and its maker with it. To develop this innovative model, Torres worked extensively on the impact its parts made on the sound, thinning and widening the soundboard (the top), and strengthening the bracing (the struts glued to the underside of the soundboard). In 1870, he moved to Almería, Andalusia, but stopped making guitars, only resuming in 1875.

The fine instrument on offer in Vichy belongs to this second period of production, as indicated by a label glued inside with the date "1882" and the number "35", in addition to his name and address. Meanwhile, the indication "segunda epoca" tells us that Torres considered this last series (which ended with his death in 1892) his most successful. The guitar here, indexed as "SE35", has the characteristics of the mature models, namely its extremely thin soundboard (1.3 to 1.5 mm), its fan-shaped bracing, and the refined checkerboard and wheat ear marquetry of its rosette. After passing through the French collection of the Prince and Princess Toporkoff (she herself was a guitarist), it was bequeathed by the latter to a Benedictine monastery, where it lay dormant for decades. Now the "SE35" returns to a market where authentic guitars by Torres are few and far between. Only four are known to have come up for sale between 2007 and 2015, and only one made in Almería in 1888—sold at Brompton's in London on 27 October 2014—came from the second, most sought-after period.