To be an Artist in 1900 According to Picasso and Forain

Facets of the Belle Époque revealed through the work of Forain and Picasso. 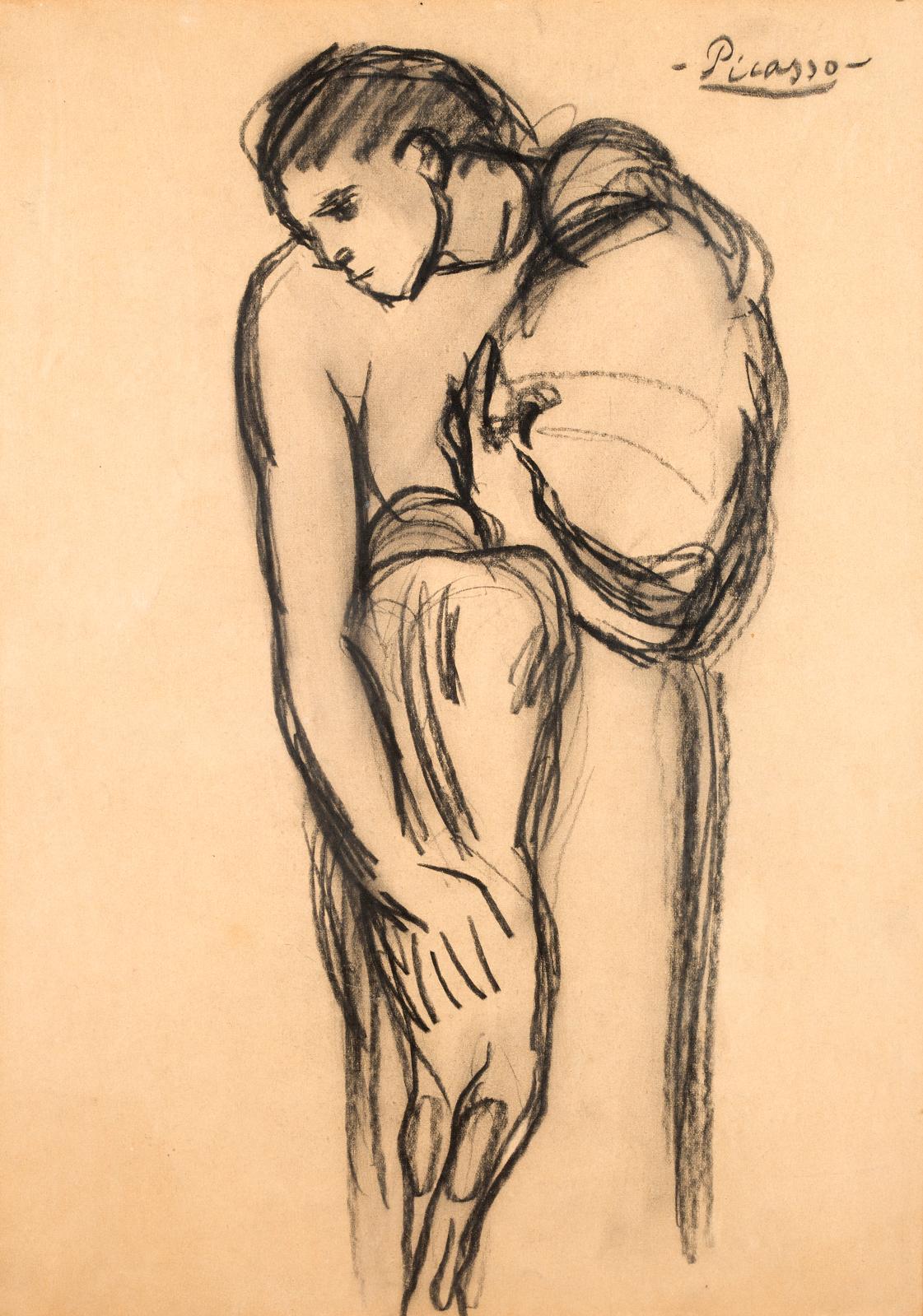 As the 20th century dawned, Paris was a tale of two cities. Two diametrically opposed worlds, one of wealth, the other of poverty, existed side by side. Dubbed by Edgar Degas “the young man who flies with our own wings”, Jean-Louis Forain loved the Opera, whose dancers he immortalized in two paintings offered between €12,000 and €20,000. Picasso was not caught up in the social whirl of high society opera-goers, preferring the Montmartre cabarets where bohemians went slumming. The turn of the century was a lean period for him. Inspired by dark subjects and the grimmer aspects of daily life, in 1901 he visited the Saint-Lazare women’s prison-hospital in Paris several times. Since 1794, female criminals, delinquents, convicted debtors, prostitutes and girls taken away from their parents had been locked up there all together. Their children, if they had any, were imprisoned with them. Picasso drew these women and painted a series of canvases on the theme of motherhood. This charcoal drawing of two children clinging to their mother might date from that period.

IMPRESSIONIST & MODERN
Neuilly-sur-Seine - Hôtel des ventes, 164 bis, avenue Charles-de-Gaulle - 92200
Aguttes
Info and sales conditions
Catalogue
Newsfeed
See all news
We will be on vacation from July 23rd - August 23rd. Wishing you a great summer and see you in September!
Santiago Caltrava Renovates San Gennaro Church in Naples
50% Funding Cuts for Arts and Design Courses Approved by UK Government
Instagram’s New “Sensitive Content” Controls Cause Concern Amongst Artists
Not to be missed
Pre-sale
Under the Protection of Maahes: A Rare Egyptian Bron…
This well-sized bronze statuette dating from Egypt’s Late Period…
Pre-sale
The Op Art of Vasarely and the Discourse of Descarte…
This painting by the master of optical art has never come up for…
Pre-sale
Lalanne and the Charging Rhinoceros
This bronze sculpture with an enamel patina, which is from a private…
Pre-sale
From the Abstraction of Viallat to the Silk Paintings…
Two worlds will come together in Nîmes: those of Vietnamese painter…