An archetype of the Limoges crook, this champlevé enamelled copper model depicts Saint Michael slaying the dragon. A goldsmith's piece of jewellery, it is in a sale dedicated to the High Middle Ages. 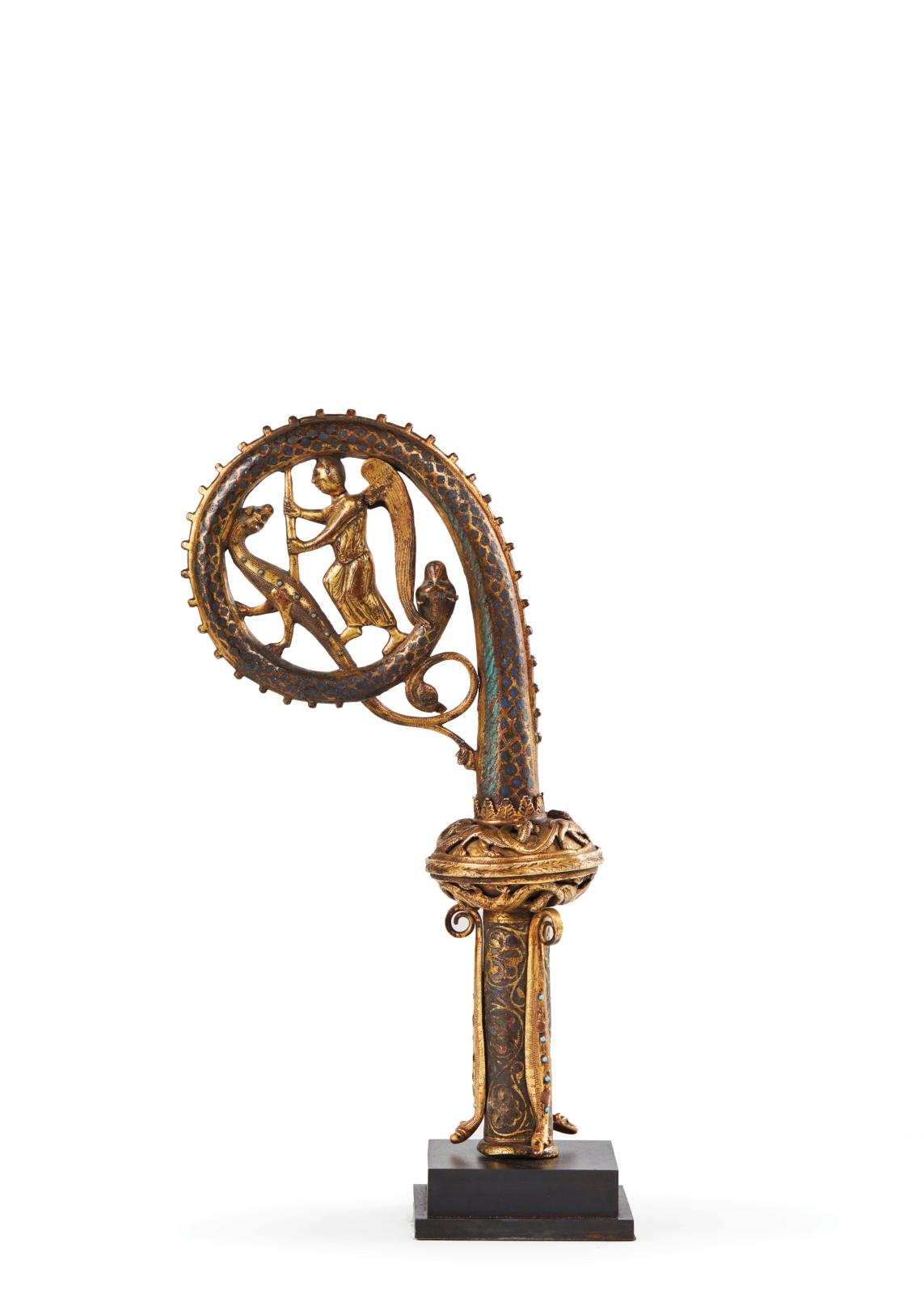 With a late 12th-century Cologne-made case crafted of carved bone (estimate: €50,000/80,000), this is the auction’s most eagerly awaited item. Its dimensions are classic, its state of conservation is satisfactory, despite some gaps and wear, and its history is not lacking in interest. This crosier belonged to Charles Boucaud, an antique dealer on rue du Bac, Paris, who specialised in High Medieval works and pewter, about which he wrote books in the 1960s. It belongs to the most important group of Limoges crosiers—46 featuring Saint Michael slaying the dragon, followed by 39 on the theme of the Annunciation. The crosier, like the ferrule—a kind of sceptre sometimes terminating in an apple—or the tau, named after the letter T that represents it, is essential for celebrating the liturgy and an attribute first of bishops, then abbots and abbesses. Its scrolled shape was established by the 12th century in the West. It derives from the pastoral staff itself based on that of the traveller. Attached to long wooden sticks, most of which have disappeared, many have come down to us. The custom of burying prelates with their insignia has made it possible to uncover them during excavations. The palmettos and flowers of the 1200s often give way to the snake motif and then, around 1230, to themes relating to Marian iconography. In the 13th and 14th centuries, Limoges enamellers began making copper stocks decorated with champlevé enamels, which rivalled the success of those in ivory.