Treasures from the Larminet-Davioud Collection

The Lille antique dealer’s collection of ivory, wood, stone, leather and bronze objects looks like a library of materials. His family is now parting with them. 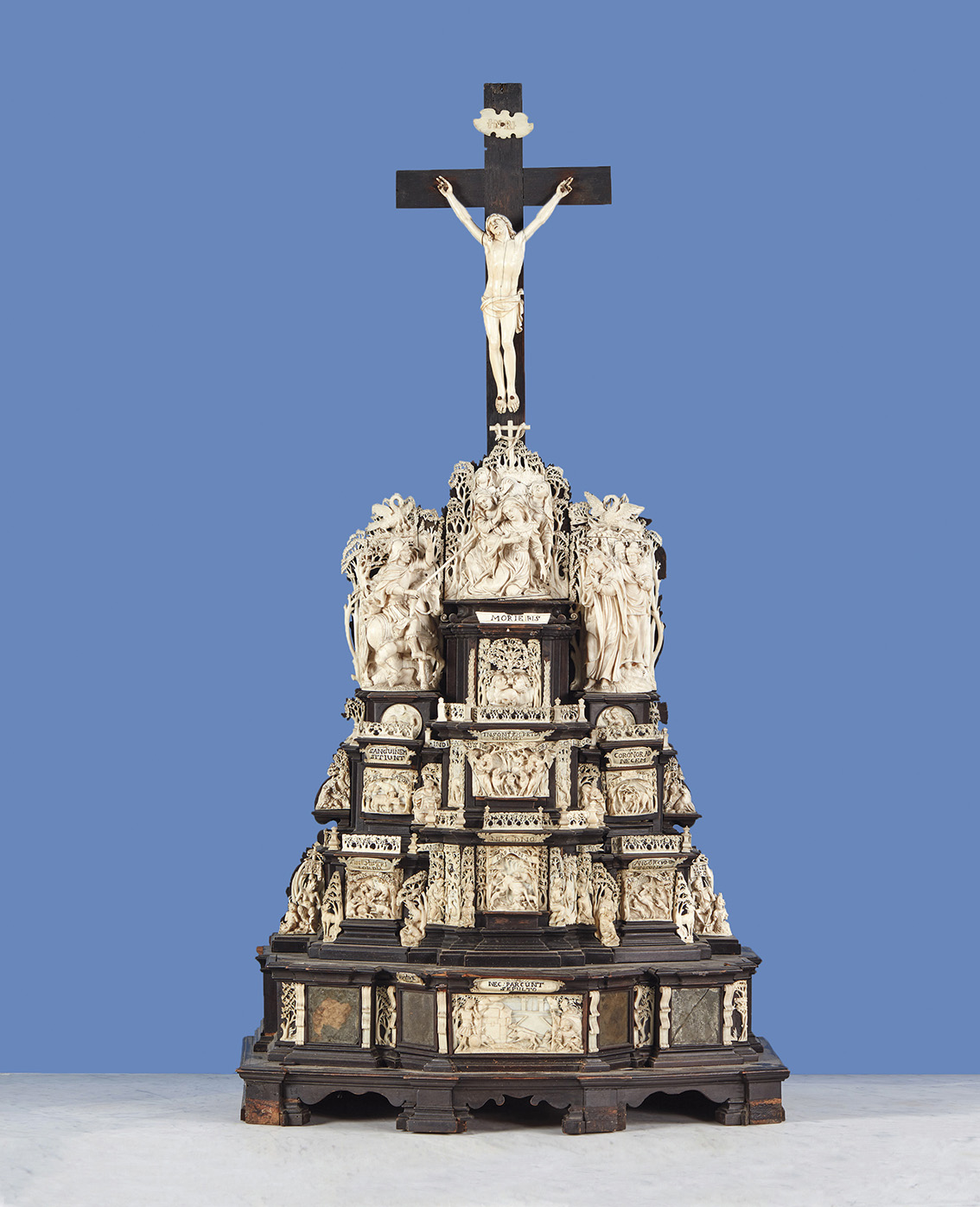 "Georges Davioud always had a smile on his face,” recalls Laurence Fligny, the auction’s expert. “With his tilted head, he’d walk at a brisk, sprightly pace. He enjoyed taking me into his collector’s den. We’d stroll across Old Lille to an ordinary-looking building with his antique shop on the ground floor, climb up the narrow staircase and enter a place cut off from the outside world, bathed in soft light streaming through stained-glass windows, packed to the rafters with objects and sculptures. Then, in quiet communion tinged with complicity, we’d set about examining ivory plaques, kisses of peace, altarpiece groups, Romanesque sculptures of Christ and bronze plaques." A coach-builder’s son, Davioud was self-taught and knowledgeable. His uncle, a doctor in theology and an erudite scholar of medieval philosophical thought, introduced him to religious art. Six years after Davioud’s death, his heirs are putting his collection up for auction: 180 objects long kept out of sight, starting with this astonishing altarpiece in blackened wood and ivory commissioned for private devotion. In excellent condition, it still has all its bas-reliefs and features Christ’s Passion as well as symbolic and allegorical figures, most with cynegetic themes. It is attributed to Johann Michael Maucher, known for making rifle butts, plates and ewers decorated with hunting scenes. The auction also includes a prophet in sculpted oak by Jan I Borman of Brabant (late 15th century, €3,000/4,000), a 19th-century Neapolitan Nativity scene in carved polychrome wood (€5,000/7,000), a beautiful set of leather European cases, an enamel medallion with an emperor’s head painted in grisaille (Limoges, mid-16th century, €3,000/4,000) and an odd Allegory of Time in ivory carved with a nude, winged man holding a sickle and carrying a shrouded skeleton armed with an arrow on his back (16th century, €8,000/10,000).

HAUTE- EPOQUE - Collection Larminet - Davioud
Salle 9 - Drouot-Richelieu - 9, rue Drouot - 75009
Pierre Bergé & Associés
Info and sales conditions
Catalogue
Salerooms
Newsfeed
See all news
Major Donation and New Museum Put Cáceres On the Contemporary Art Map
Is Paris on Course to Become the Leading European Center of the Contemporary Art Market?
New Truce in Century-Long Dispute Over Hugh Lane Collection
The Phillips Collection Blows Out 100 Candles
Not to be missed
Pre-sale
Zhang Xiaogang, Painter of a Lost Generation
Like a quest for identity, her anonymous portraits revive a memory…
Pre-sale
Furniture with all the Artistry of Eclecticism
The bold shape and virtuoso bronzes of this Louis XV-style cartonnier…
Pre-sale
Jean-Michel Folon: Creator of the Elements
Standing nearly three meters high (nearly ten feet), this iconic…
Pre-sale
The Inner World of Yves Tanguy
The top place is bound to go to this 1950 painting: a gift from…