This writing desk is more than a utilitarian piece of furniture. A distant ancestor of the computer, it was also a precious object. 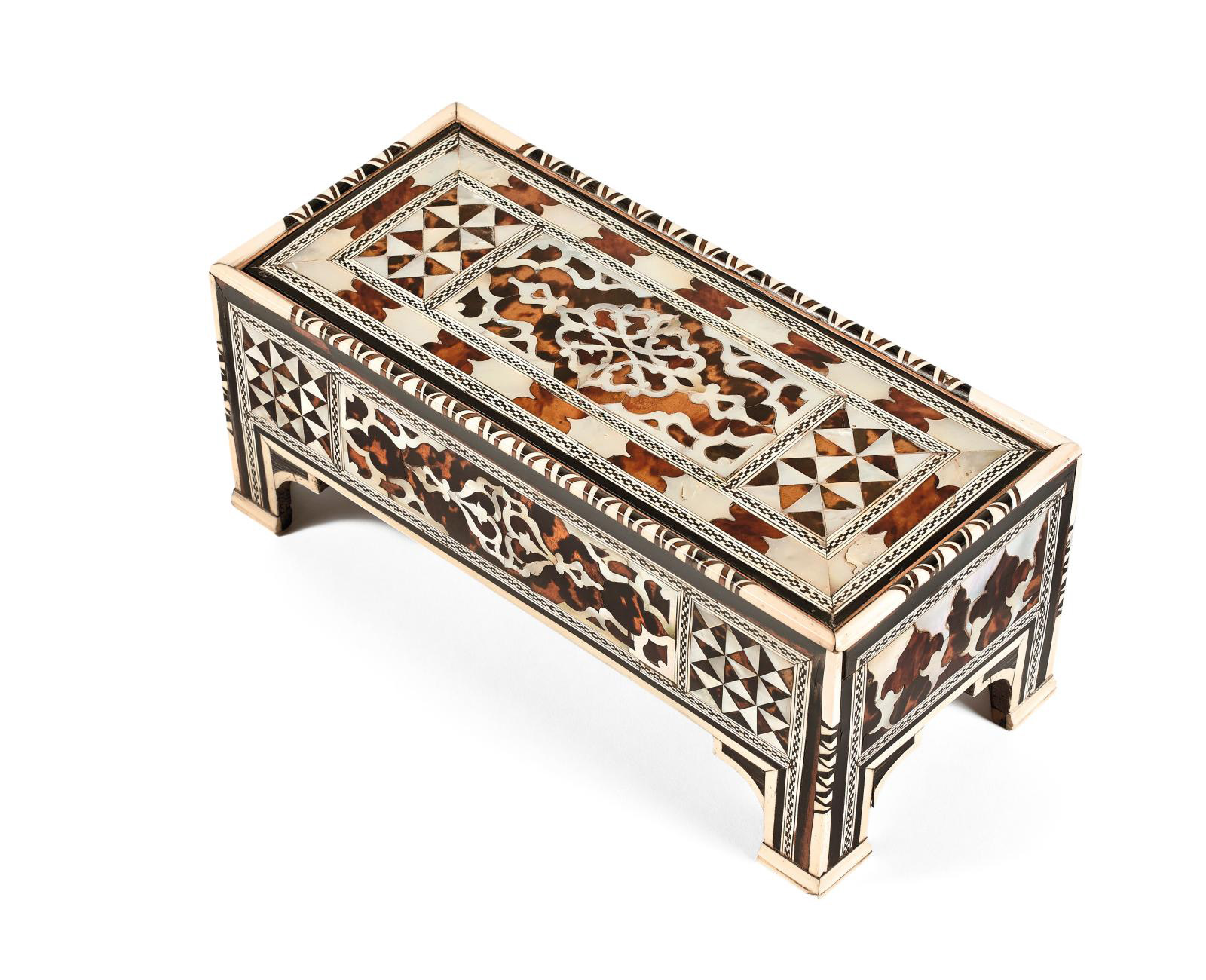 The writing desk was owned by marquis Louis François de Monteynard (1713-1791) and his descendants at the Château de Tencin in Isère, in the region of the Auvergne-Rhône-Alpes. The beautiful mother-of-pearl and tortoiseshell marquetry is characteristic of objects prized by the Ottomans. They were used as objets d’art and interior decoration, such as in the Topkapi Palace’s Baghdad Pavilion built in 1639-1640. This is one of the few Islamic objects kept in France in the following century.

A career military officer, Louis François de Monteynard distinguished himself on the battlefield during Louis XV’s campaigns before replacing Choiseul as French Secretary of State for War. From 1775, he supervised the building and decorating of the Château de Tencin in the Grésivaudan valley in the French Alps. The Sublime Porte (the French translation of Turkish Bâbıâli or High Gate, the name of the Ottoman government) may have given him this writing desk, which contains two letters: the most precious one, dated August 28, 1772, was written in Persian by Haidar Ali Khan (1720-1782), nawab of the kingdom of Mysore in India, on a sheet of gold-flecked paper. The other is a translation into French. Ali Khan sought an alliance with France to keep the British East India Company from annexing his kingdom. He wrote that his vessels would be safe in its ports and hoped France would return the courtesy for his ships at the Isles de France and de Bourbon. Our writing desk and its contents bear witness to this moment in history.