The Miracle of Cranach

This Conversion of Saint Paul by Lucas Cranach the Younger has a counterpart in Nuremberg but it differs in significant respects. 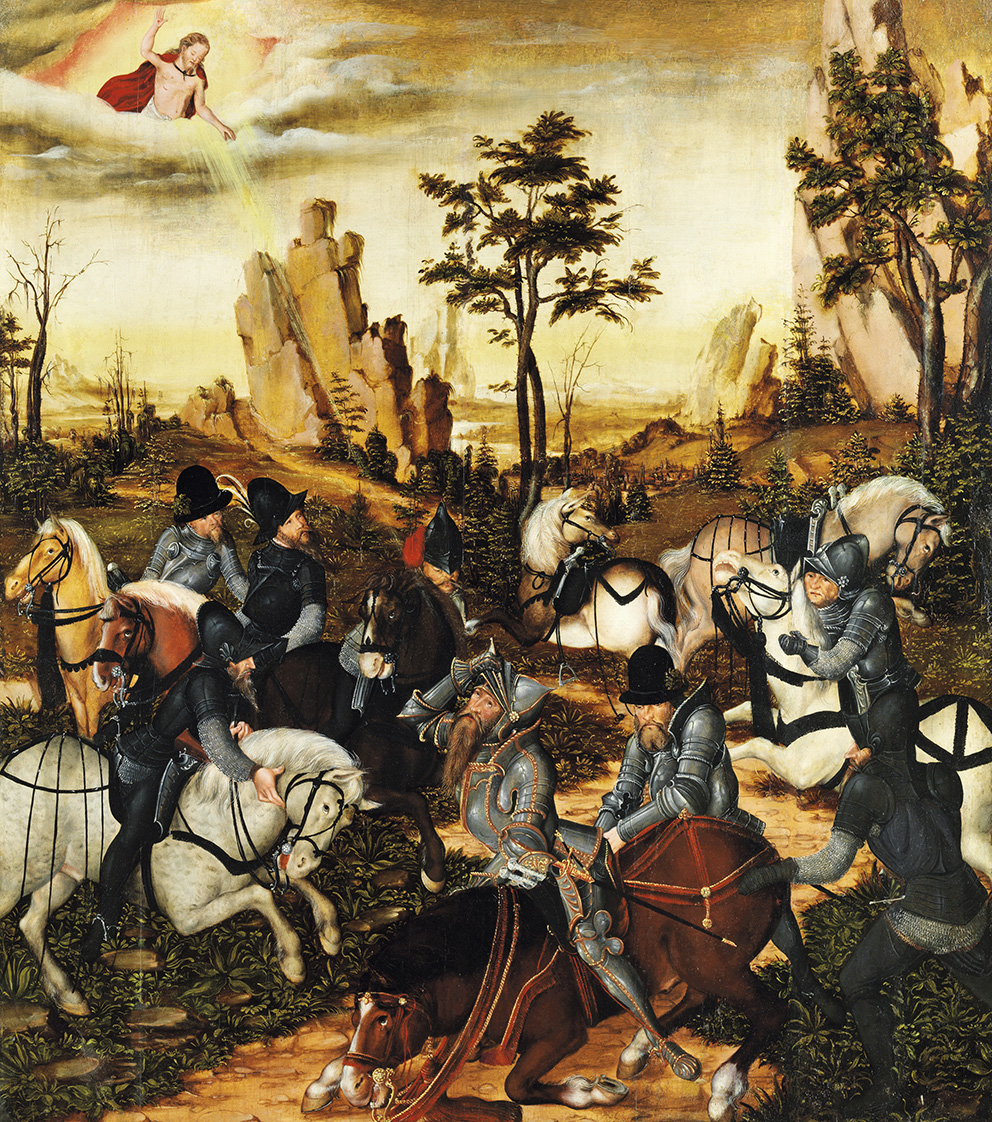 In 1549 Lucas Cranach the Younger painted a Conversion of Saint Paul, today at the Germanisches Nationalmuseum in Nuremberg. Measuring 115 x 167 cm/45.28 x 65.75 in, it is slightly higher and much wider than this panel. Here, the composition is deliberately tighter, as though compressed, heightening the dramatic effect, the group’s agitation and the focus on the central figure. Moreover, the Nuremberg scene is set in a lush forest opening up to reveal the lavish castle of Mansfeld in the background, but this one takes place in an inhospitable desert, corresponding more closely to the Biblical story. According to the Acts of the Apostles, Saul, a Pharisee who violently persecuted Christians, was blinded by a light from heaven on the road to Damascus, knocking him off his horse. A voice asked him, “Saul, why do you persecute me?” In the Nuremberg panel he has eleven traveling companions but here only seven. However, their armor, spiked helmets and poses are similar. Saul’s companion or groom is missing from the Nuremberg painting, but in ours he has already rushed over to put the future saint back up on his horse. Although unsigned, the variations, taken together, rule out the hypothesis that this is a copy. According to the auction house, it may even predate the Nuremberg Conversion because the dramatic tension is higher. Whatever the case may be, its qualities appealed to Count Salemfels, head of the Prague Museum in the first half of the 20th century, and more recently to the Greek shipping magnate and art collector George Economou, who in 2012 opened an exhibition space in Athens that also houses his eclectic collection.