The Estate of Mrs Michel Binoche: a taste for the classic

The star of this auction, a painting of flowers by Ambrosius Bosschaert, leaves the collection in which it has been for over 100 years, as well as works by Panini and Boudin, jewellery, objects and 18th-century furniture. 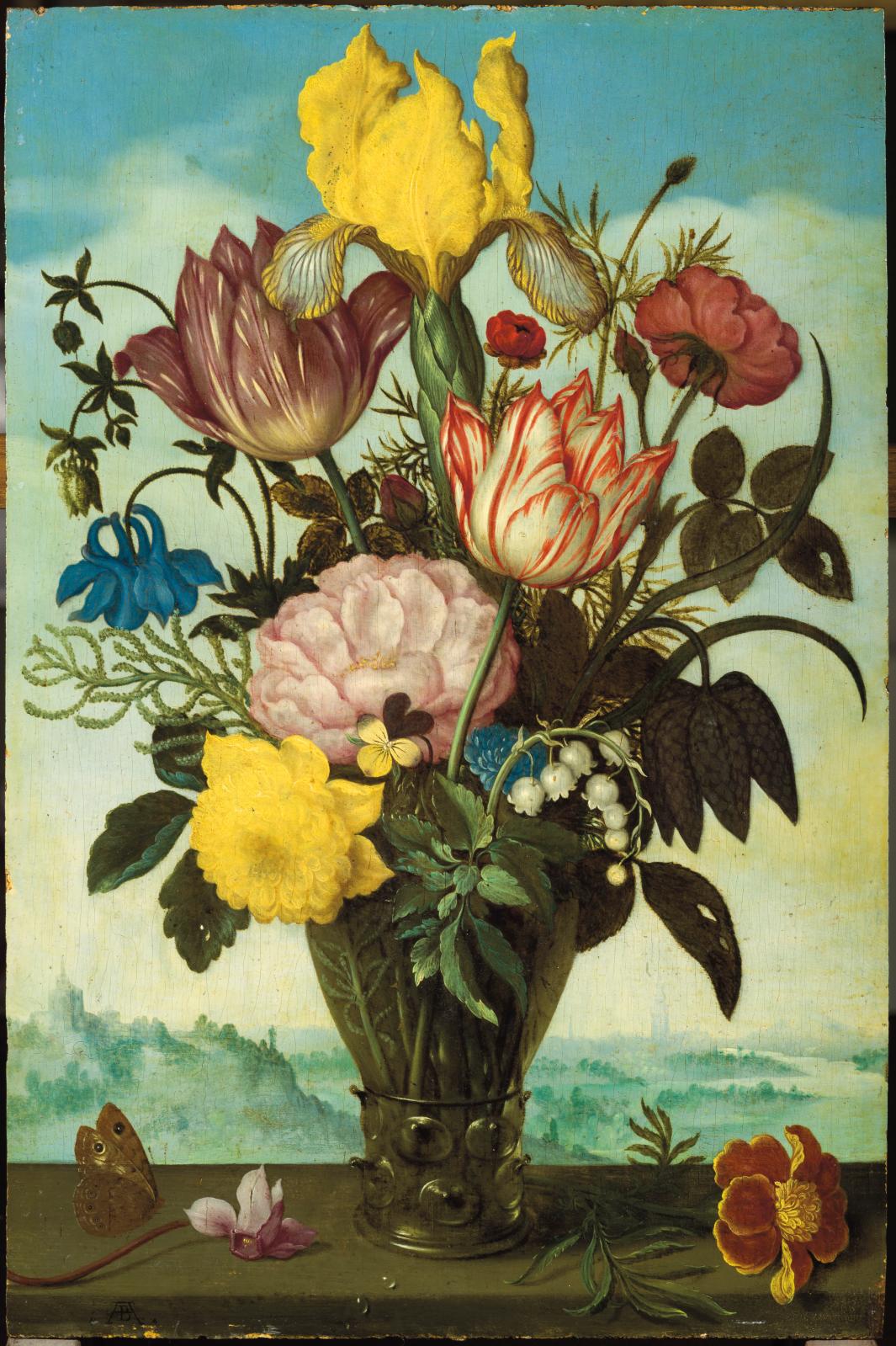 Will this still life achieve the highest bid of the first half of this year at Drouot? The seven-figure estimate (€2.7/3.2 M) suggests it might. The painting is from the estate of Mrs Michel Binoche, who died on 20 June 2011. Inherited by her four sons, the collection was kept in the family mansion on rue Saint-Dominique (7th arr. in Paris). The content of this first dispersion is classic. Three more will follow between now and October. The discovery of an unpublished panel by Ambrosius Bosschaert the Elder (1573-1621) is a major contribution to the oeuvre of the Antwerp-born artist, who lived in the Netherlands and specialised in still lifes of flowers. Eight of them, on wood or copper, stand out for their landscape backgrounds instead of the traditional black background. Six are located under a semicircular arch in front of an open window. Dating from the last years of the artist's life, these are the most precious paintings he made. “This is a real masterpiece that every museum dreams of having,” says Stéphane Pinta of Turquin, which is appraising the sale. Bosschaert did not care about blossoming dates in this painted botanical encyclopaedia. An almost faded cyclamen, representing the Virgin's pain, is alongside a rose of Provins, lily of the valley – symbol of Mary's purity – forget-me-not, columbine – attribute of the Holy Spirit – santolina, carnation and yellow iris. Tulips, symbols of love and the vanity of earthly things, are never far away in the early 17th century. Discovered in Constantinople nearly 100 years earlier, they triggered the madness of “tulip mania”.

Panini, landscape architect
The most important paintings by Giovanni Paolo Panini (1691-1765) belong to great museums. Those offered here are similar to a pair at the Prado in Madrid. They are characteristic of his Caprices, which combine groups of characters dressed in ancient garb and soldiers in armour with landscapes of invented Roman ruins. One shows an ancient Sybil dressed in white declaiming near the Arch of Titus (€80,000/100,000), the other the preaching of an apostle. As is often the case with this artist, the landscape serves as a pretext for a biblical account. Wealthy French and English tourists brought works like these back from their Grand Tour.
If there’s one jeweller you absolutely must know, it’s Cartier. A tie brooch with old-cut diamond pavé should reach €50,000/60,000. Descended from a dynasty of goldsmiths, Jean Puiforcat’s pieces stand out for their strict geometry, sober decoration of dark wood, transparent crystal or colour of hard stone. Examples include a set of silverware with the papyrus pattern of the 1930s and a tea and coffee service (€10,000/12,000 and €8,000/10,000). Monogrammed “BB”, they were given to the sellers’ parents as a wedding gift.

For terracotta lovers
A student of Charles-Antoine Bridan, Jean-François Lorta (1752-1837) studied at the Royal Academy and won the second Prix de Rome in 1779. Like all the sculptors of his generation, he was influenced by ancient sources that he discovered during his stay in the Eternal City. Back in France, he was appreciated by the court and, without reaching the fame of Jean-Antoine Houdon or Clodion, obtained commissions, especially for Mesdames, Louis XVI’s aunts. Between 1806 and 1810, he participated in decorating the Vendôme column. Lorta continued his career under the Restoration, but his works remain rare. Our pair of bas-reliefs (€2,000/3,000) is in keeping with the great tradition of bacchanal scenes, but above all with the small terracotta scenes that Clodion first introduced in the late 18th century. Signed and dated (1792), they may have been exhibited at the Salon before being sold. “Today, their decorative aspect and very incisive craftsmanship plead in their favour,” says Alexandre Lacroix, who presents them. Asian arts, Louis XV and Louis XVI furniture and a Chinese Dance by the Aubusson manufactory from around 1770 (€5,000/8,000) are all highlights in this decidedly classic auction. This first session’s only 19th-century painting is a seascape by Eugène Boudin (€50,000/70,000), showing that he was almost as interested in Brittany as in Normandy.

Three questions for Fred G. Meijer,
art historian specialising in Flemish and Dutch still lifes, former head of the RKD in The Hague

Ambrosius Bosschaert the Elder made some still lifes with a landscape background. Does anyone know why?
body of work to date. The one sold on 19 June is a discovery.

What role did the religious symbols associated with flowers play?
This role is always found in early still lifes but, unlike in the 19th century, there is no hidden language of flowers. Churches sometimes appear on Bosschaert's paintings with a landscape background, probably referring to faith. In our painting, the small spire near the vase could be that of a chapel.

Who were his customers?
We know very little about that subject. Many, it seems, were Dutch, and rich of course, because his works were expensive. He died in The Hague while delivering a painting to Prince Maurice’s chamberlain, for which he was paid 1,000 florins, a huge sum at the time.
Furniture, works of arts, Estate of madame Michel Binoche, 1st sale, in association with Me Fraysse
Salle 9 - Drouot-Richelieu - 9, rue Drouot - 75009
Binoche et Giquello , Fraysse & Associés
Info and sales conditions
Catalogue
Salerooms
Results
News feed
See all news
New dates for the 35th Hyères Festival, in the South of France
Baltimore Museum of Art seeks to help the local arts community with $100,000 budget reallocation
Ancient Roman mosaic floor unearthed near Verona, Italy
The X museum slated to open this weekend in Beijing
Not to be missed
Pre-sale
From Carmontelle to the Val d’Osne
Initially planned for Sunday 29 march, this sale will be offering…
Pre-sale
As hours go by
Attributed to the Master of Luçon, this Book of Hours from the Beauvillain…
Pre-sale
By VCA
The beauty of natural stones by Van Cleef & Arpels in a set from…
Pre-sale
The Janine Saladin Collection
Around ten pieces of jewellery by Suzanne Belperron owned by a trailblazer,…