A choice selection from the Bouruet-Aubertot collection

It is sometimes said that objects reveal their owners' personalities. This seems to be the case with the three hundred works of art from the estate of an art-loving couple, which adorned their Paris apartment. A combination of refinement and variety. 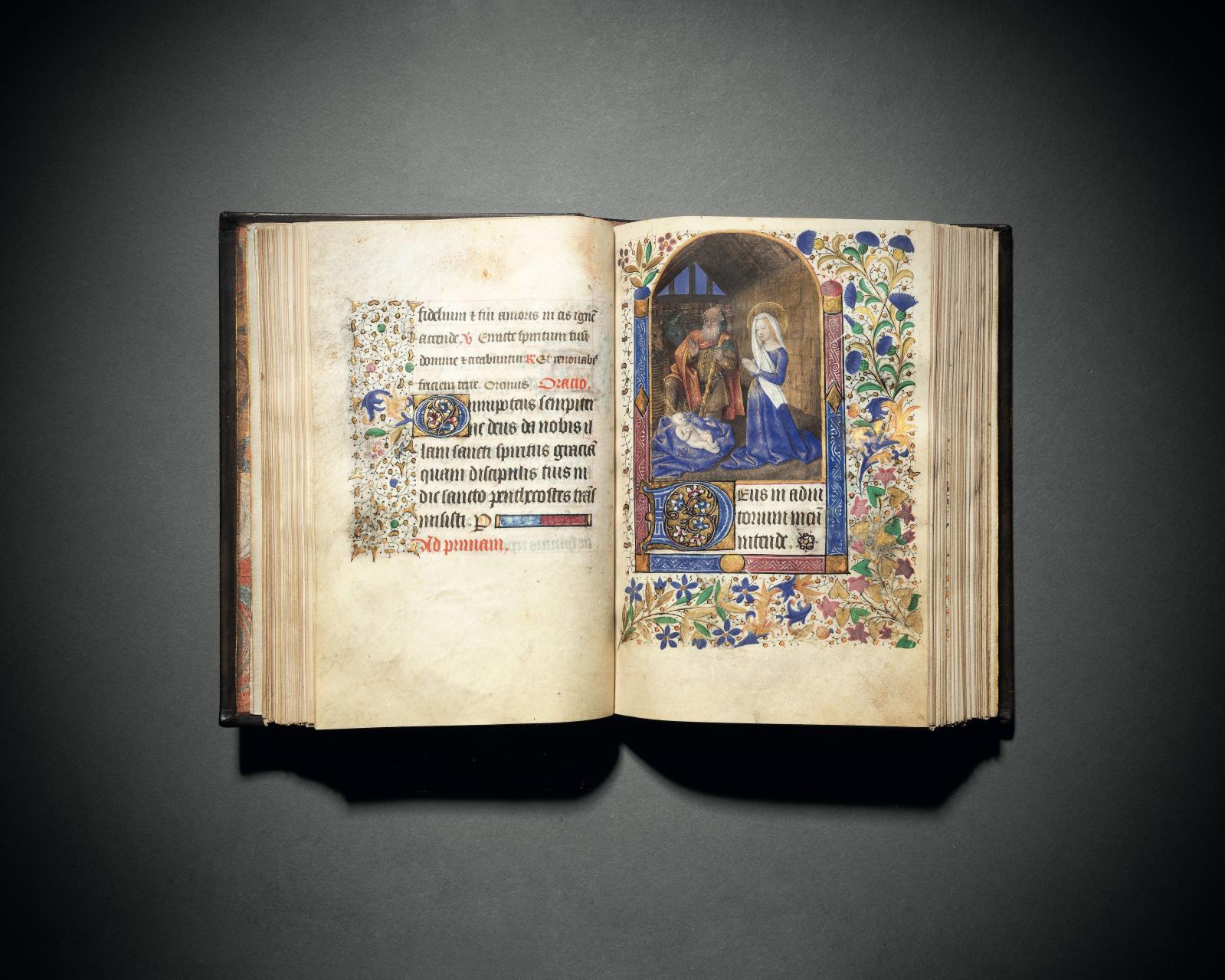 Here, drawings by writers like Paul Éluard, Max Jacob, Paul Valéry and Robert de Montesquiou rub shoulders with paintings by the Italian and Scandinavian schools, antique watches, medieval and Renaissance sculpture and furniture, Chinese porcelain, majolica and a small collection of French earthenware shoes. But the star item, making its first appearance at auction, is a Book of Hours according to the Tours Rite from the 1460s, with miniatures attributed to artists close to the Master of Jouvenel and Jean Fouquet. No less than €150,000/€200,000 is expected for this book of private devotion, which has come down to us in fine condition. This manuscript – a rediscovery – was the work of two artists. Six of the miniatures can be attributed to the Master of the Geneva Boccaccio, a painter working in the Master of Jouvenel's studio, which he probably took over, later working in the entourage of René of Anjou from 1460. His style was clearly influenced by Barthélemy d’Eyck, an artist at King René's court, but he collaborated very little on Books of Hours. Here the miniatures he painted are the Visitation, the Annunciation to the Shepherds, the Adoration of the Magi, the Presentation at the Temple, the Coronation of the Virgin and David at Prayer. The other two, the Annunciation and the Nativity, are attributed to the Master of the Munich Boccaccio, "the spiritual heir" to the great Jean Fouquet (c. 1415/1420–before 1480), who created the Hours of Étienne Chevalier, Charles VII's treasurer. The lively palette, generous use of golds, sensitive modelling and conception of the space and landscape illustrate the relationship between pupil and mentor. The size of this probably unfinished manuscript (in-octo) is inversely proportional to the bidding battle it is sure to inspire between French collectors and British, America, Swiss and German dealers.

Close to Leonardo and Botticelli
In the painting section, all eyes will be on a fine Florentine school canvas mounted on panel of c. 1480: The Mystical Marriage of St Catherine. With a modest estimate of €20,000/30,000 (it has been extensively restored), this private devotional painting is fascinating because it shows the importance of the studio of Andrea del Verrochio (1435-1488), official sculptor to the Medici, goldsmith and painter, who taught Perugino, Lorenzo di Credi and above all Leonardo da Vinci. An artist whose influence can be seen in the landscape and the attitude of the chubby Child, while Credi's is evident in the Madonna and the colourful palette.

The section entitled "Passing Time" contains some fifty pieces, ranging from a wooden compass from the Qing period used for feng shui (€500/1,000) to a large mid-19th century clock-picture featuring a ship, a locomotive and carriages emerging from a tunnel and a hot air balloon rising above the mountains (€3,000/4,000). Between the two, a smooth-cased Puritan watch in gilt and silvered brass by Raillard (early 17th century) is expected to make €2,000/3,000. Another in enamelled gold, made by Williem Ilbery for the Chinese market in the late 18th century, could fetch €12,000/18,000. The refined mountain landscape evoking the work of Geneva enameller Jean-Louis Richter, the entirely chased and engraved interior and multifoiled side (or rim) are all distinct assets for buyers from China.

A depiction of St Crispin (patron saint of cobblers, tanners and glovemakers) in walnut with its original polychrome decoration (Val de Loire or Auvergne region, 15th century) working a piece of leather in an elegant trompe-l’œil (€8,000/10,000), and a large 1598 cabinet from Picardy (probably Abbeville) entirely carved with Olympian gods after Rosso (€1,500/2,000), remind us that curiosity is hardly a drawback. The collectors also revealed their characters through a moneychangers' chest with painted marquetry decoration and wrought-iron rosettes: Northern Italian work reflecting Venice's importance in the 15th century as a key trading point between West and East…

Furniture, works of arts, auction Drouot-Richelieu
Salle 5 - Drouot-Richelieu - 9, rue Drouot - 75009
Binoche et Giquello
Info and sales conditions
Catalogue
Salerooms
Results
Newsfeed
See all news
Due to the summer holidays there will be a pause in the newsfeed. We will be back Monday, August 24th. Have a wonderful summer vacation!
Met Museum in New York acquires Wangechi Mutu sculptures
US House of Representatives vote to create a national museum dedicated to Latin Americans
Church volunteer confesses to starting the Nantes Cathedral fire
Not to be missed
Pre-sale
Figurative art from van Goyen to Combas and the inescapable…
This 1955 work by Bernard Buffet belongs to a series of around 10…
Pre-sale
Henri Lebasque, painting the zest for life
His soft, nuanced palette captures moments of simple happiness on…
Pre-sale
The Gilles Labrosse collection: fashion throughout the…
Amassed by an impassioned enthusiast, one of the largest private…
Pre-sale
Achille Laugé: Cailhau in perspective
Found during an inventory carried out for an estate in the Var,…