Each of them continually experimented with their art and broke new ground. One marked painting in 19th-century Lyon with his Romantic touch; the other contributed to the great Cubist revolution of the last century. 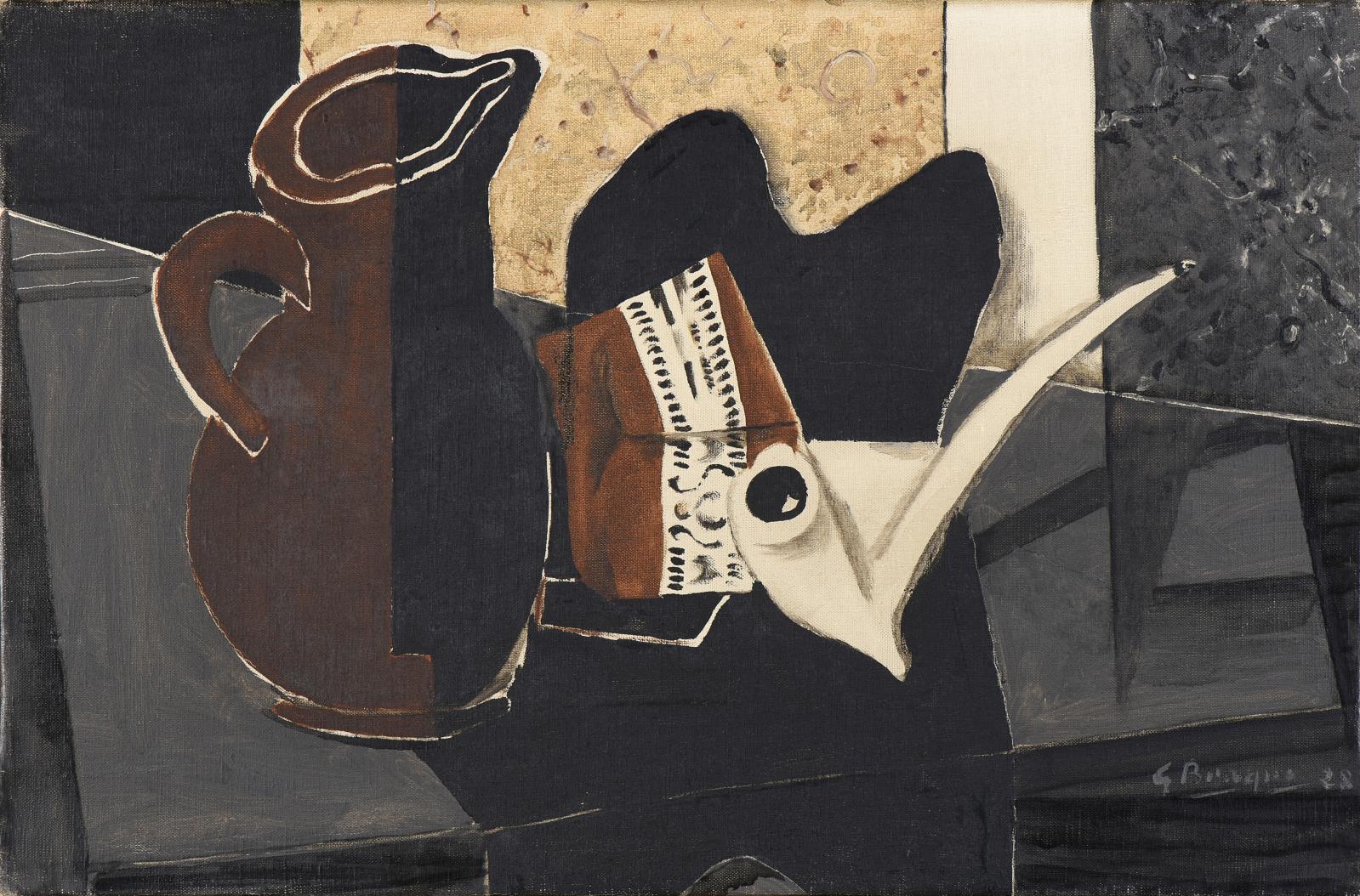 The still life Jug, Pipe, Tobacco painted in 1928 by Georges Braque, making its first appearance on the market, came from the collection of the celebrated art lover Roger Dutilleul (1873-1956) and has remained in his family until now. It illustrates one of the artist's favourite genres, the still life, which more than any other enabled him to explore the visual potential of everyday objects. With Claude Bonnefond, we have idealised depictions of daily Italian life. This painting, which went through the Michel Descours Gallery in April 1991, can be compared with no. 33 of the Lyon Société des Amis des Arts salon of 1837, presented under the title Waiting: October Scene in Rome. This work expresses the entire world of the Lyon painter, a great lover of Italy, which he visited many times. Claude Bonnefond studied at his native city's fine arts school, becoming its remarkable director at the end of his career. He began to exhibit in 1814, first in Lyon then in Paris, where his painting The Chimney Sweeps' Bedroom was bought by the Duke de Berry in 1817. Bonnefond then moved to Paris to complete his training with the Neoclassical painter Pierre-Narcisse Guérin. His teacher also opened the gates of Rome to Bonnefond, when Guérin invited his pupil to join him in 1824 upon being appointed director of the Villa Medici.