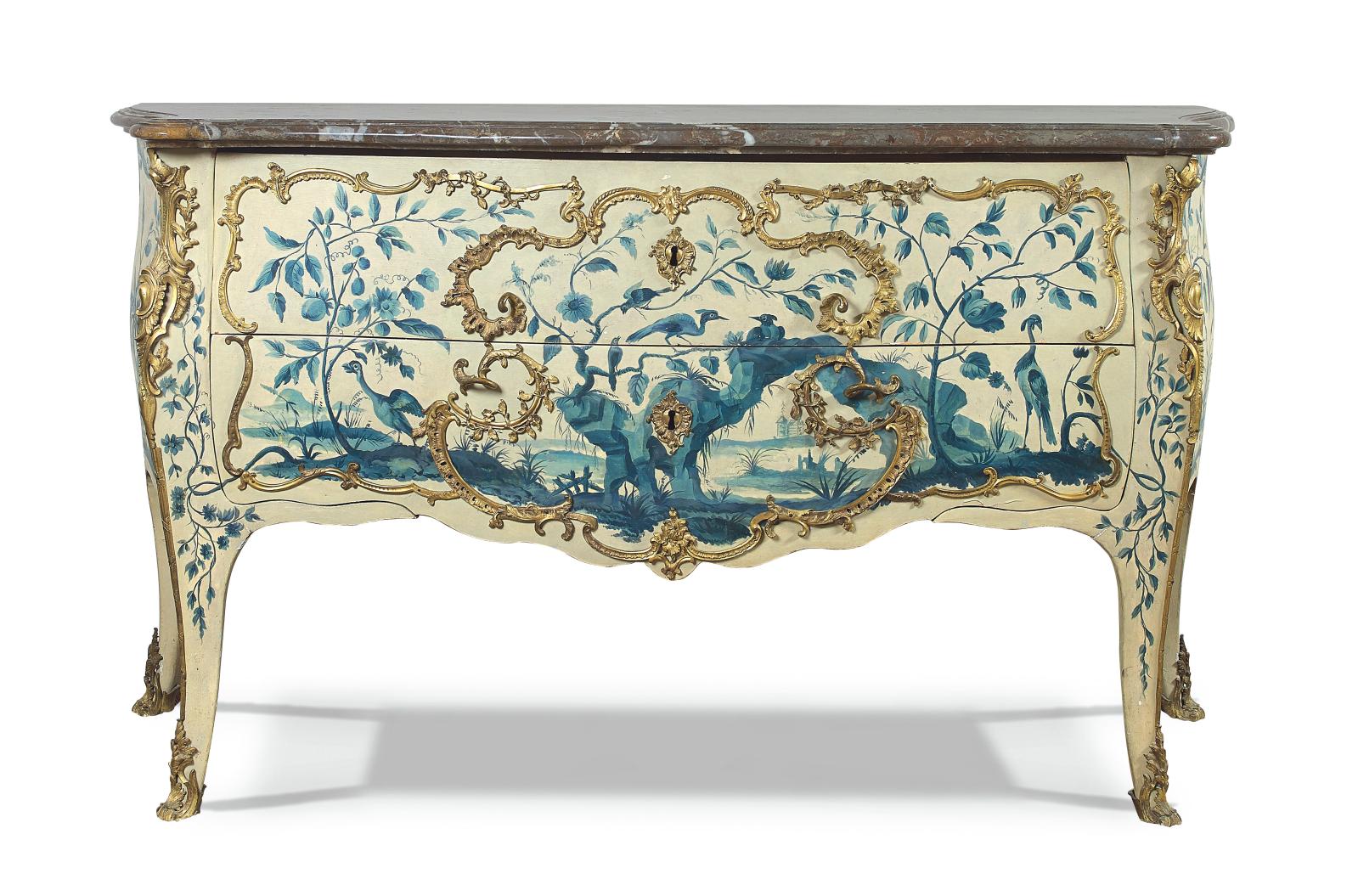 These two chests of drawers stamped Charles Chevallier feature the same curved silhouette and naturalist decoration in vernis Martin. Both are covered with an oil-painted, varnished and polished blue monochrome decoration of birds, plants and pierced rocks on a white background. They are enhanced with chased gilt bronzes, one of which bears the trace of the crowned "C", a mark indicating a tax paid on bronze and brass between 1745 and 1749. The pair recalls the commodes and the corner table from the Blue Room of Madame de Mailly, Louis XV's favourite, made by Mathieu Criaerd (ca. 1689-1776), now in the Louvre Museum. Inspired mainly by so-called Indian fabrics, our piece’s decoration evokes the atmosphere of a Far East dreamscape updated by painters Alexis Peyrotte, François Boucher and Christophe Huet. The brothers Étienne-Simon and Guillaume Martin, supplier to the Crown, made the varnish, an imitation of copal-based lacquer developed in 1728 and intended to compete with those from China. Guillaume Martin was related to the Chevallier family of cabinetmakers. Charles Chevallier, who made our commodes, was also related to Mathieu Criaerd. The inventory taken after his death in 1771 attests to his success. The value of the merchandise – 105 commode bodies, including 16 covered with vernis Martin – came to over 10,000 pounds. But there was no workbench, which would suggest that, like an orchestra conductor, Chevallier assembled furniture that he had made by Criaerd or the Sauniers.