This 1955 work by Bernard Buffet belongs to a series of around 10 portraits of collectors dear to the artist. 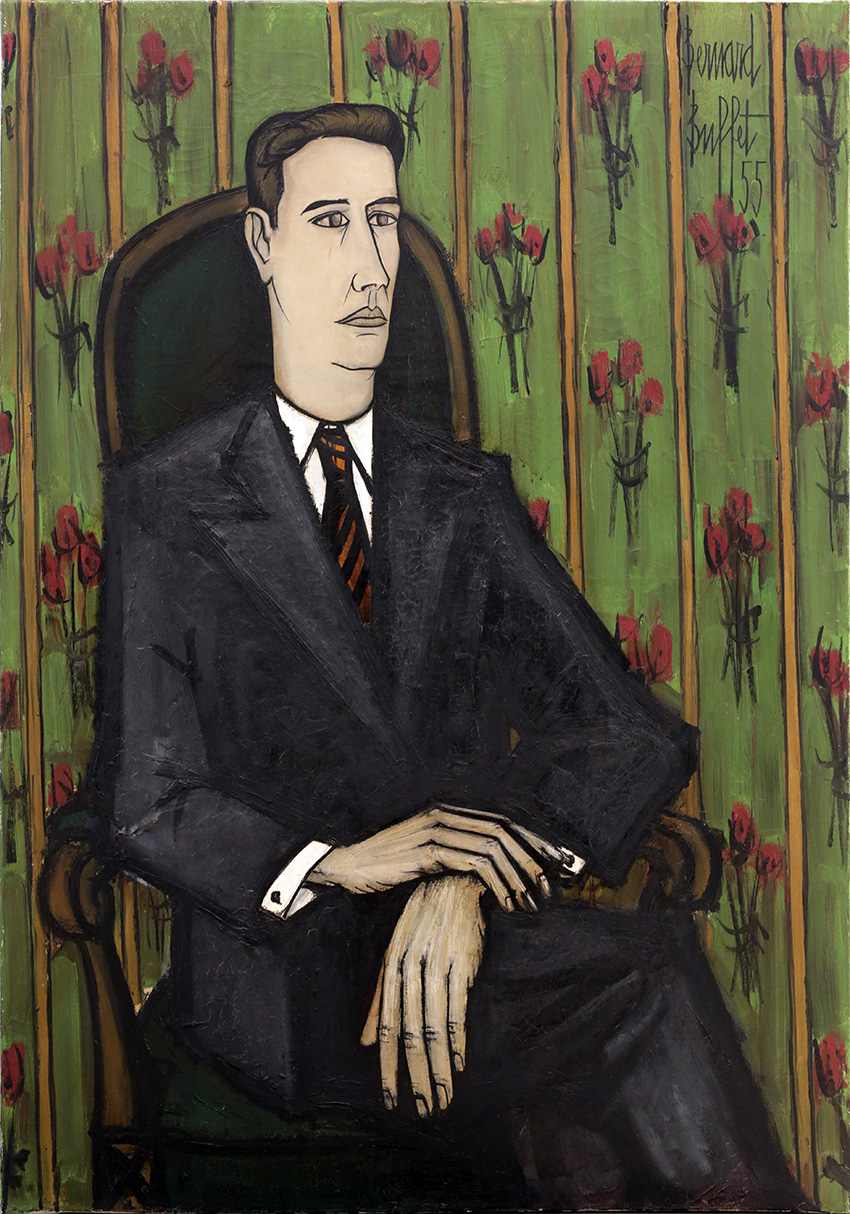 Bernard Buffet’s landscapes and still-lifes are omnipresent on the market, and this sale is no exception. They will be represented by a 1998 painting, Fleurs sur fond vert (Flowers on Green Background; estimate: €75,000/100,000), and another from 1975, Environs de Cher, le chêne vert en automne, parc du château de Vieille-Ville (Environs of Cher, the Green Oak in Autumn, Grounds of the Château of the Old Town; €65,000/€85,000). But portraits are much harder to come by, which is why this one of Hervé Ségard is likely to arouse plenty of interest. It belongs to a series of around 10 portraits Buffet painted in 1954 and 1955 of his own initiative – they were not commissioned – to honor collectors who believed in him early in his career. It is worth recalling that Buffet was just 27 in 1955. He had exhibited his first painting, a self-portrait, nine years earlier at the Galerie des Beaux-arts. Then, in 1947, the Drouant-David Gallery hosted his first solo show and a year later he signed a contract with the gallerist Emmanuel David, later shared with Maurice Garnier. Pierre Descargues devoted a book to him in 1949, and in 1955, the readers of Connaissance des arts magazine voted Buffet the best post-war painter. An endearing man who enjoyed high society, Buffet piqued the interests of many collectors. The 1955 series thus includes a portrait of Belgian industrialist Hervé Ségard. These works herald a shift towards color and more decorative effects, such as this background of a green tapestry with red flowers, which is found in all the series’ portraits – a light, whimsical touch that, in the end, suits him very well. 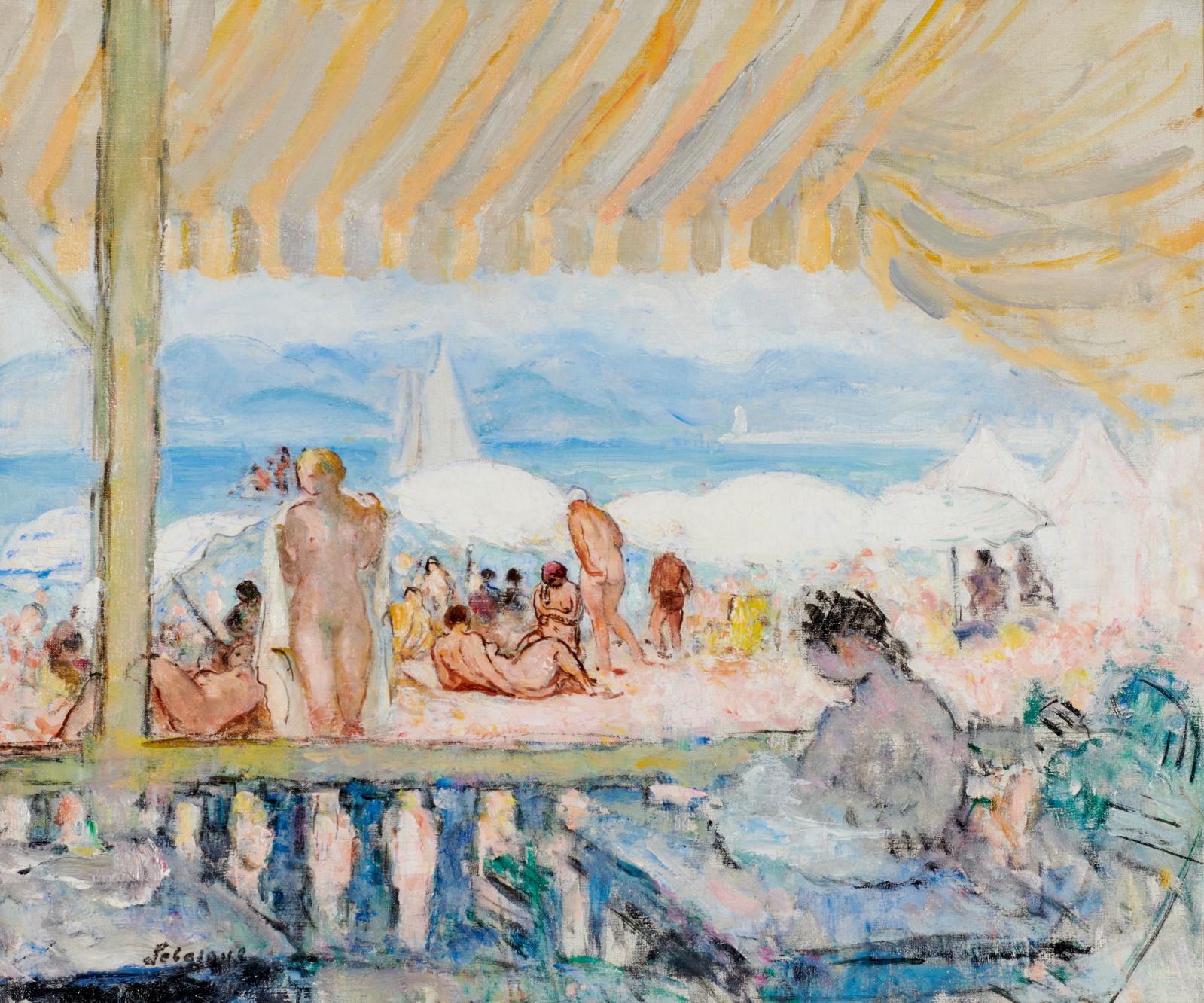 The good life is Henri Lebasque's trademark. It blossoms beneath the languid Mediterranean sun, subtly illuminating his paintings. Here, his delicate shades of pink, blue and mauve dissolve the subjects by wrapping them in a sunny warmth that glows in the air. This softness, which radiates from the works he painted on the French Riviera, was just waiting to be expressed from the very beginning. Despite becoming friends with the Fauvists at the Salon d'Automne, with whom he exhibited, he did not share their penchant for brash colours. Lebasque trained with Léon Bonnat (a notable portrait painter and teacher) after arriving in Paris in 1886 but Renoir and Pissarro were his main influences. He met Pissarro in 1902 and never forgot the lessons the Impressionist master taught him. After meeting Maximillian Luce and Paul Signac in 1893, he dabbled in Pointillism for a while. Seeking his own way, Lebasque eventually found it in the South of France, to which Fauvist painter Henri Manguin had introduced him. In 1906, he adopted a freer touch and ethereal pastel colours in harmony with a happy life, of which he depicted selected moments in peaceful villas and Arcadian gardens, on riverbanks or sunny beaches. He still travelled to the Vendée, Brittany and Normandy, but the Mediterranean coast was his new adopted home. He lived in Saint-Tropez and Sainte-Maxime before settling in Le Cannet, near Pierre Bonnard, in 1924, while Matisse lived in Nice. Between his two friends, the Nabi and the Fauve, he developed a fresh personal style whose sensitivity ensured his success. A retrospective at the Musée des Ponchettes in Nice paid him tribute in 1957. His studio was dispersed at Drouot in 1983.