Here's to your love! Lemoyne at the Château of Versailles

If this face looks familiar, it means you have a keen eye. François Lemoyne made this study for The Apotheosis of Hercules at the Palace of Versailles. 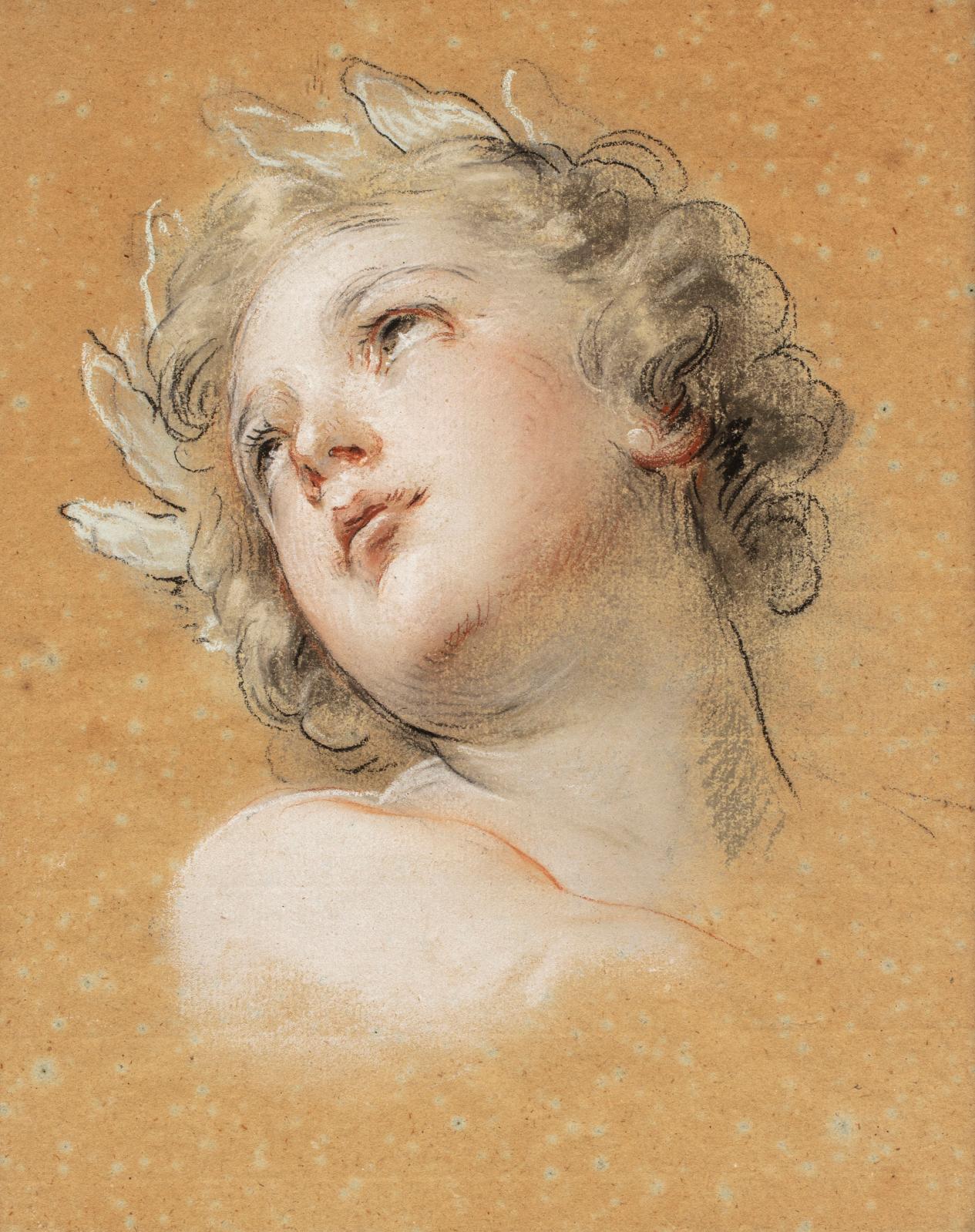 This unusual work without a pedigree probably belonged to the box of studies owned by François Berger, Lemoyne’s protector and patron. Only the key figures are in colour. The sketch was begun in black and red chalk, enriched with white chalk and the stumps of three pencils and highlighted in pastel. Until it was discovered, only the sketches for the heads of Hebe (British Museum) and Venus were known and preserved. This work could attract many bidders. Cupid pulls an almost intimidated Hercules by the forearm to his betrothed, the nymph Hebe, goddess of youth – and symbol of France’s renewal under Louis XV. In 1712, the Duke d’Antin, Director of the King’s Buildings, commissioned architect Robert de Cotte to design the Hercules Room at Versailles, but Louis XIV’s death three years later put the plan on hold and work did not get underway until 1725. Between 1733 and 1736 Lemoyne covered the huge vault with a painting based on the theme of The Apotheosis of Hercules. It is one of the world’s largest painted ceilings (1,850 x 1,700 cm, 59.2 x 55.7 ft). The oil on canvas features 142 characters, including Apollo, Cybele, Dejanira, Amphitrite, Bacchus, Castor, Pollux and Ceres, placing Lemoyne in the ranks of the great Italian decorators and earning him the title of First Painter to the King.