Susanna in the Manner of Giordano

Luca Giordano, one of the 17th century’s leading Neapolitan painters, influenced many artists in Italy, where the theme of Susanna and the Elders became a common one in the late 16th century. 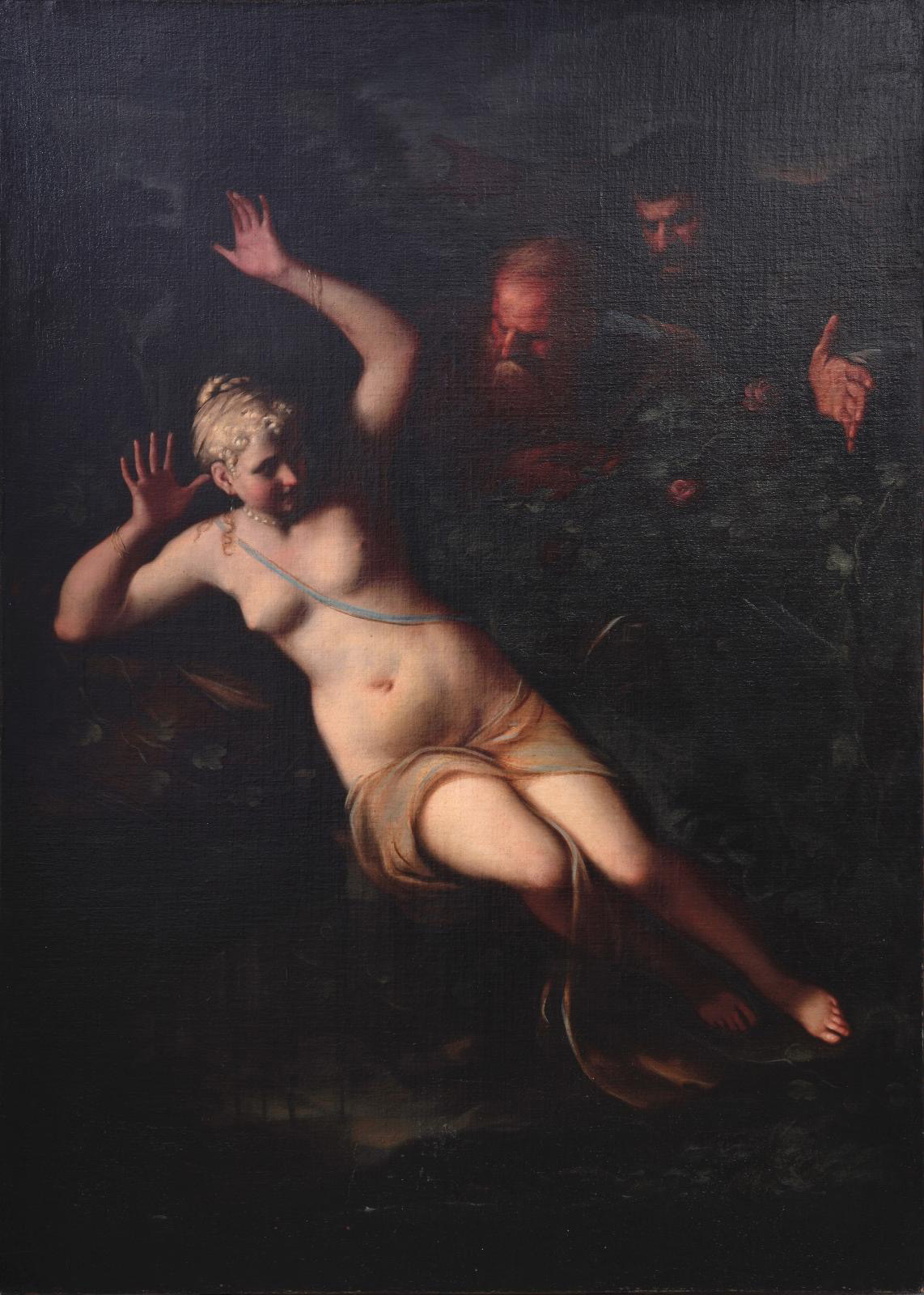 The subject shows up relatively often in European art, including the famous version by Tintoretto, whose soft treatment contrasts with the theme’s harshness. Susanna gave artists an opportunity not only to illustrate the virtues of modesty and fidelity, but also to demonstrate their skill at painting female nudes, much to the pleasure of their male patrons. This painting is similar to Luca Giordano’s oil on canvas at the Salford Museum & Art Gallery in England, whose baroque style merges Venetian and Roman influences in a dramatic tension befitting religious subjects.

From 1692 to 1702, Giordano was a painter at the court of Spain’s King Charles II, executing, among other major works, the ceilings of the Escorial staircase, the sacristy of the Cathedral of Toledo and the Casón del Buen Retiro in Madrid. The master trained many disciples and several of the works that seem to have come out of his studio or were painted by his followers yield no clues as to whether or not he participated.

Here, the modeling of the flesh, especially of the female nudes, is strangely similar to Giordano’s. On the other hand, the exaggerated movement of the female body bathed in a Caravaggesque chiaroscuro is seldom found in the Neapolitan master’s work. This pose comes up frequently throughout the Baroque period: Giuseppe Bartolomeo Chiari also intensified movement in the Walters Art Museum (Baltimore) version, while Artemisia Gentileschi focused the tension on the orientation of the hands in her painting at Bavaria’s Weissenstein Castle.