Brittany was the Normand painter’s other anchorage. His paintings of its shores are lesser known than the ones he did in Normandy, but just as lovely. 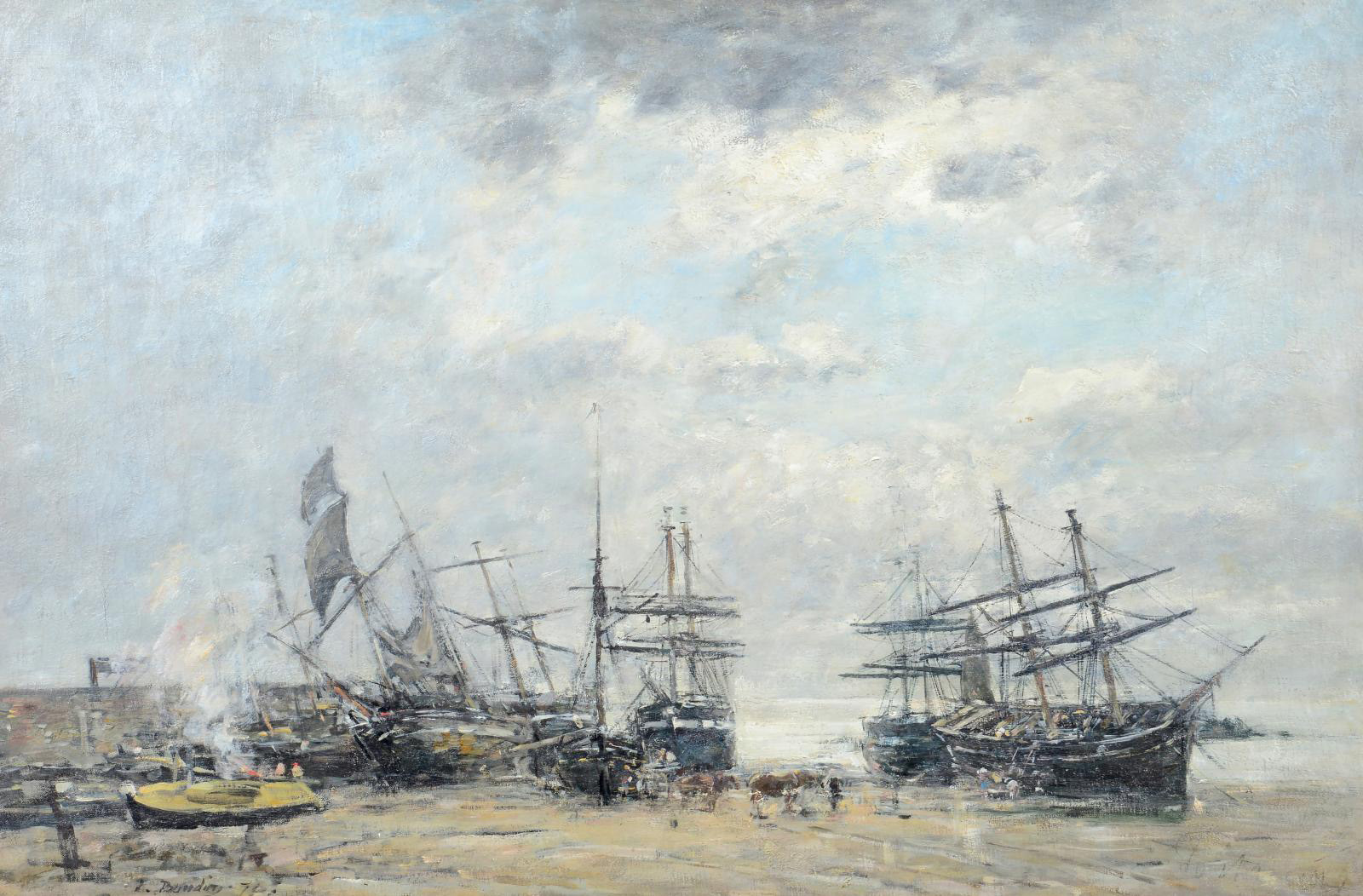 “I discovered this place too late,” Eugène Boudin wrote in a letter to his brother Louis, expressing his regret over not having visited Brittany earlier. “It is everything I ever could have dreamed of, and I shall return”. The region had become fashionable with artists after the new railroad put it within just a day’s reach of Paris. Boudin traveled there for the first time in summer 1857 and returned on several occasions. Born in Honfleur, Normandy, he went to Brittany to paint picturesque subjects and scenes of an austere way of life in a palette of soft tones. “Despite all the charms of the landscape and beaches,” he wrote in August 1867, “I did not make a single study of them, because I am so attracted to rooms with thick shades and old beds.”

Boudin’s interest in the sky and atmospheric variations led him to the sea and, over time, maritime subjects came rushing back like a wave. In 1868, he went to Portrieux for the first of 11 times until 1885. There, he was stunned by the Terre-Neuvas—men who fished for cod on the banks of Newfoundland, Canada. Before and unlike Pierre Loti, who told their story in a sentimental way—An Iceland Fisherman was published in 1866—Boudin was interested in their proud-looking, three-masted vessels able to sail the perilous North Atlantic for six months to do what was then called the Grande Pêche. In Portrieux, marée basse (Portrieux, Low Tide), painted in 1875, the ships are tightly packed together on the beach, resting as though exhausted by the arduous crossing. Brittany’s coasts were rough; beaches were not yet places of pleasure. Boudin painted the work with free strokes and his characteristic chromatic vibration beneath a sky of gray clouds in the middle of which a burst of azure shines through.

This is the first time the painting has appeared on the market. It comes from the collection of jeweler Henri Vever (1854–1942) and was passed down from generation to generation until its present owner. Vever was not just a key figure of Art Nouveau, but also a distinguished collector who assiduously attended auctions and visited art dealers. Under the influence of Durand-Ruel and Georges Petit, he acquired many Barbizon School and Impressionist paintings before taking a passionate interest in Japanese art and Islamic cultures. This one is skillfully painted.