A larger-than-life bouquet of roses by Frans van Dael

This Antwerp artist's flower depictions owe their brilliance to his virtuosic compositions, which featured in paintings and miniatures on canvas or paper. 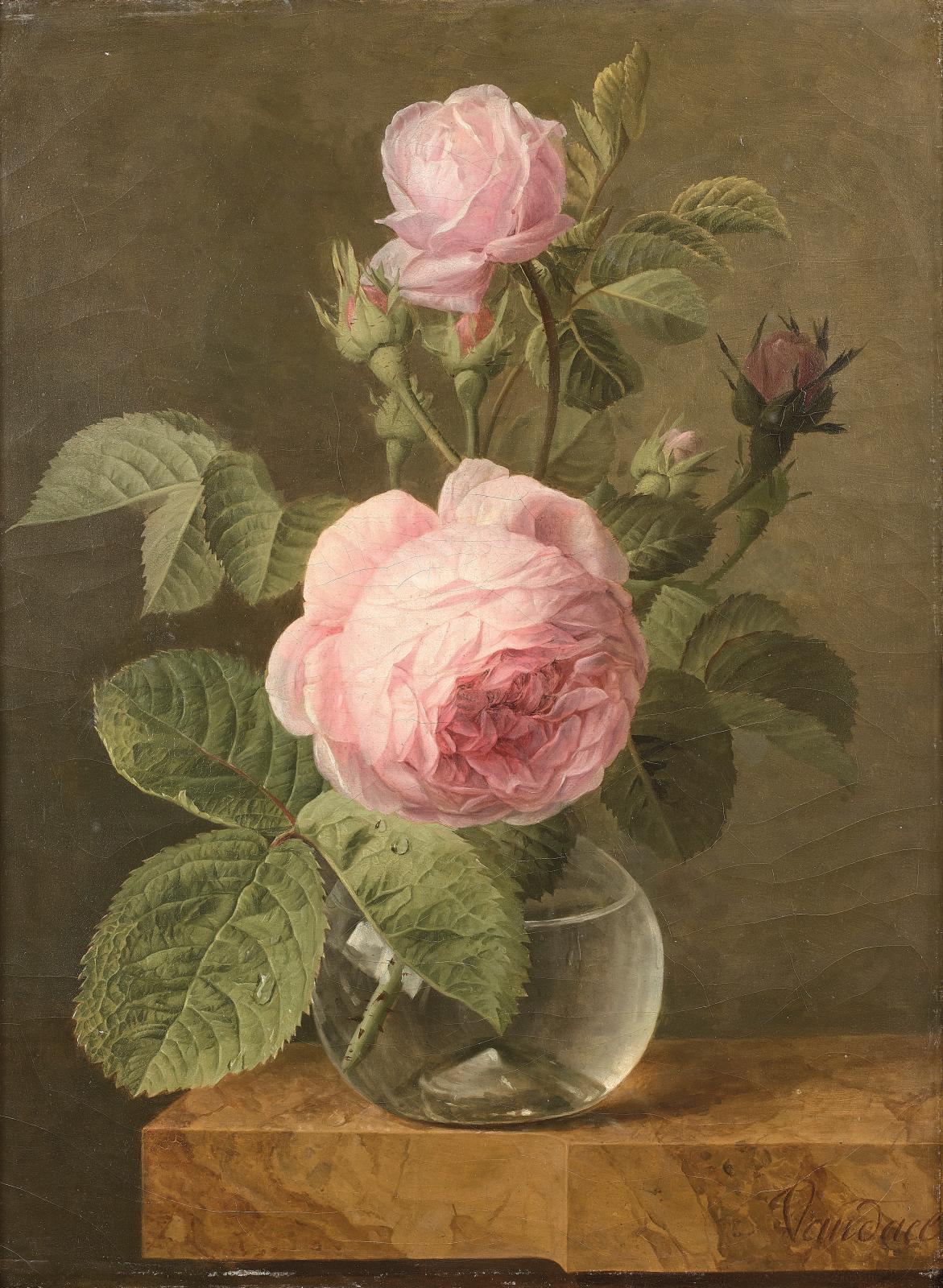 The one up for sale is on its original canvas from "Belot rue de l’arbre sec" in Paris. Alongside large bouquets composed in the Nordic tradition of Van Huysum, the artist painted several still lifes focusing on a single small vase with a few flowers – here, a Pierre de Ronsard rose in full bloom with others in bud. Jan Frans van Dael moved to Paris from his native city in 1786 and began to specialise in flower paintings under Gerard van Spaendonck's influence. In 1793, he exhibited in the Salon with compositions that earned him commissions from rich collectors and patrons, as well as decorative work at the châteaux of Saint-Cloud, Bellevue and Chantilly. Louis XVIII and Charles X owned some of his paintings, as did the Empress Josephine, who adored roses. At Malmaison, she grew nearly two hundred and fifty varieties, which she had immortalised by the artists Pierre-Joseph Redouté and... Frans van Dael.