Georges Lacombe: the spirit of the woods

The Écouves forest was the main inspiration for the artist Georges Lacombe in the last twenty years of his career. A Lyon sale immerses us in his eminently poetic world. 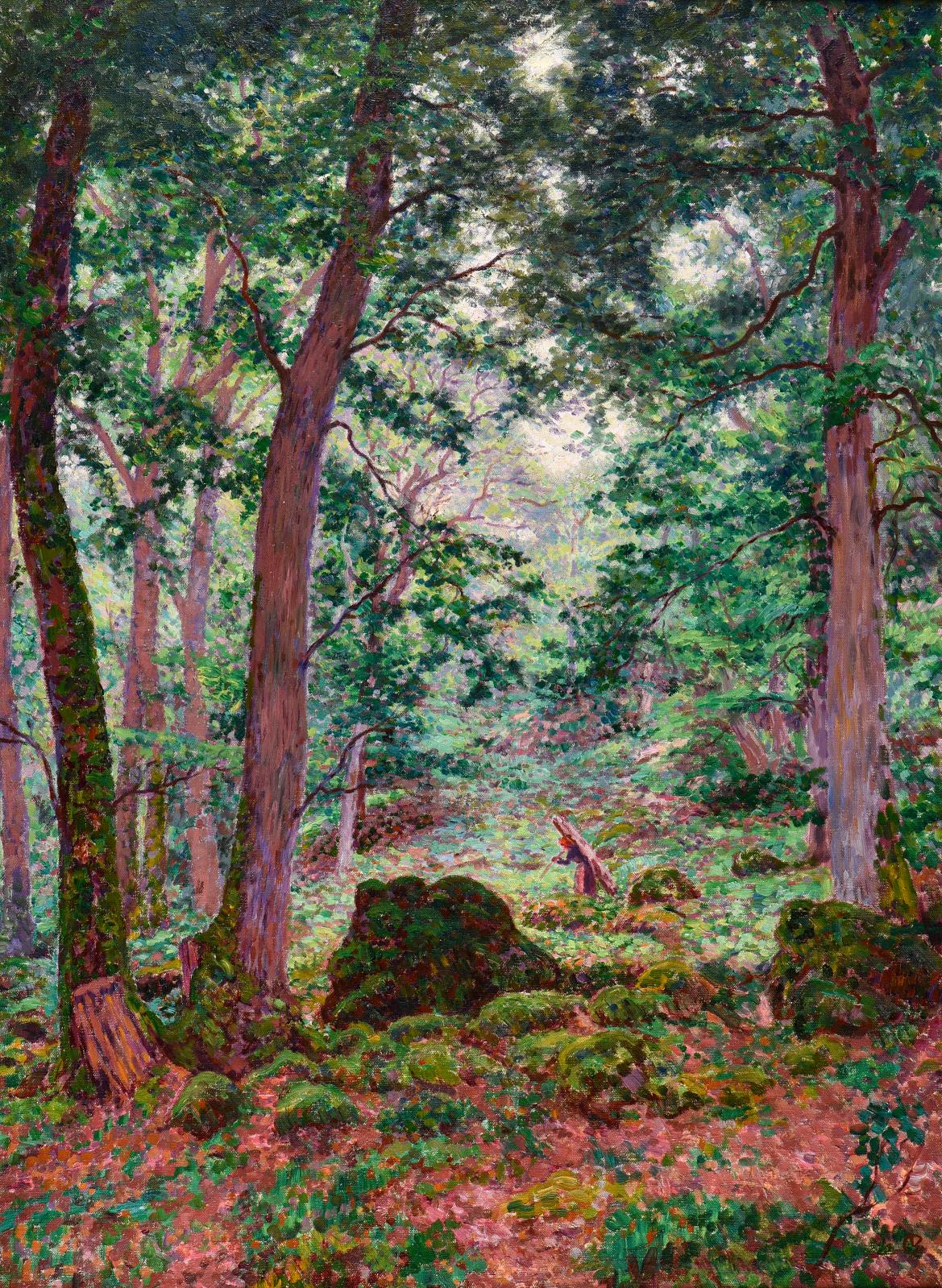 In 1909, the painter and sculptor Georges Lacombe wrote a poem entitled La Forêt des mousses (The Moss Forest), which speaks of his love of nature and the inspiration he found in the Écouves forest, near Alençon, France. He lived on the edge of it with his wife and two daughters from 1898. His house in Saint-Nicolas-des-Bois, L’Ermitage, where he died of tuberculosis in 1916, also became a meeting place for his Nabi friends. Paul-Elie Ranson even went to live there in 1899, staying for several years while he helped his acolyte decorate his home. This Paysanne dans un sous-bois, dating from 1906-1907, was painted with a fine pointillist technique that vibrantly brings out the pinks and greens. Although Lacombe adopted the Divisionist technique in 1904, the year he met the Belgian painter Théo Van Rysselberghe, he did not forget the years he had spent alongside Paul Serusier. His forceful compositions, often reflecting a Japanese influence, featured flat, radiantly coloured forms. This Symbolist conception of painting is still evident here. The peasant woman, though a tiny figure compared with the age-old beeches and oaks, seems to carry the full weight of nature's power. The artist would walk in these woods every day, his painting equipment on his back and a canvas under his arm. There was no need to go far: it was all an open-air studio. Lacombe had a completely unconstrained career; he never had any money problems, thanks to the wealth of his family and his wife, Marthe Wenger, so never needed to sell his work.