Around the Théo Villa in Le Lavandou

Théo Van Rysselberghe discovered the Midi following in Signac's footsteps. His brother Octave built him a house in the Saint-Clair district, near Le Lavandou, from where he would stride over the neighbouring hills with his easel. 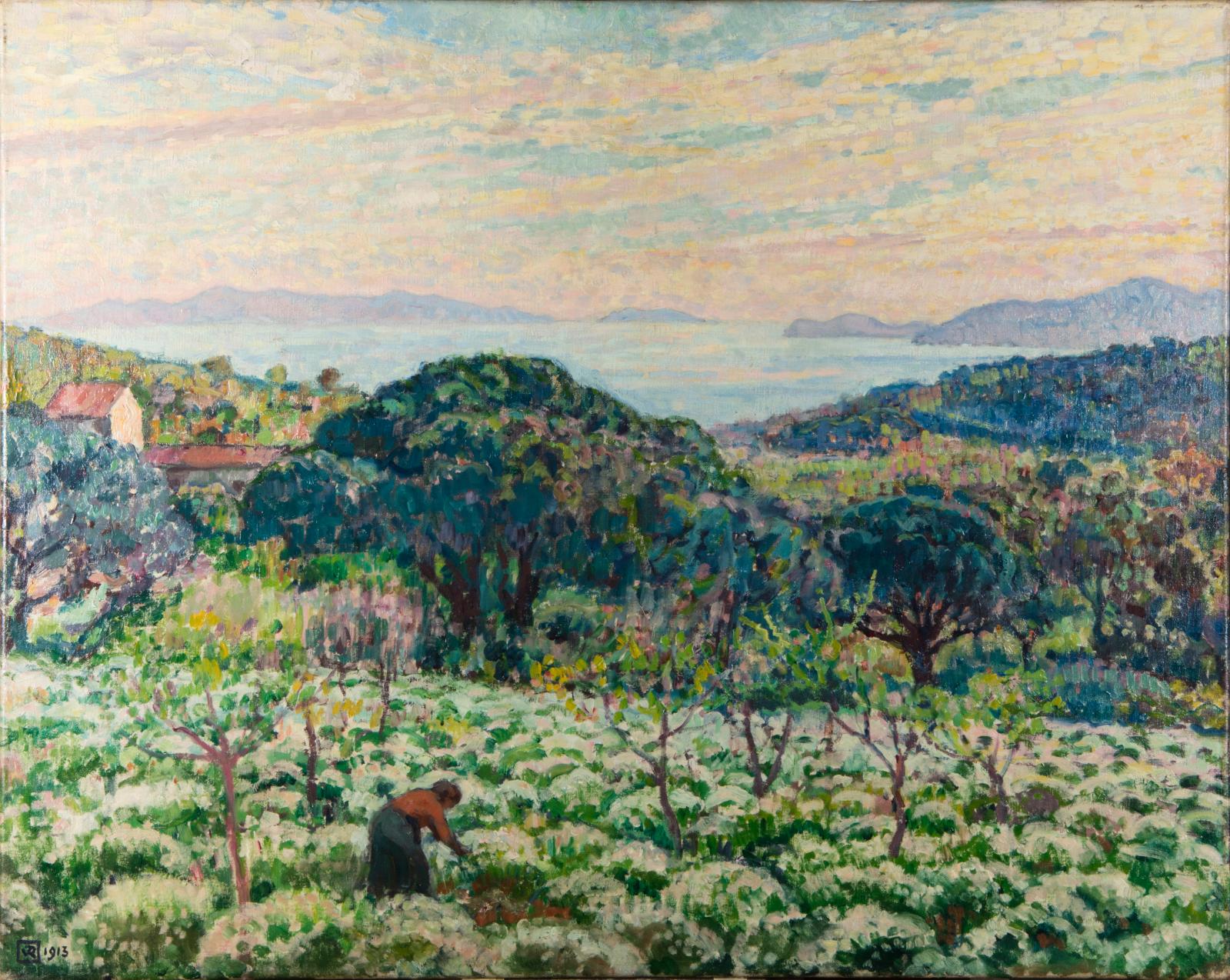 Saint-Clair is an idyllic spot and a painter's dream, nestling between the terraced slopes of the Massif des Maures and the Mediterranean. Cross and Signac took Van Rysselberghe around to explore the region. His brother, Octave Van Rysselberghe, an architect and a passionate botanist, was the first to move there in 1905, choosing a plot near Cross where he designed and built his villa. Four years later, Théo decided to join him, first of all living in the gardener's cottage his brother made over to him, which he used as his home and studio. The Ghent-born artist was spellbound by the Mediterranean light, discovered during his travels in Spain and Morocco in the early 1880s. Highly influenced by the Belgian Symbolist school, he moved towards Pointillism in 1886-1887. His frequent stays in the Midi altered his touch, which became lighter and broader, with more substance. “For the last fifteen years […] I have sought to give more body, force and volume to my paintings, while in no way neglecting my quest for colour and the play with light on the objects represented.” Van Rysselberghe loved to wander along the heights of Saint-Clair, setting up his easel near fields full of flowers, particularly the white rolling masses of anthemis, as here. In 1904, he positioned himself opposite the mas at the foot of the massif. In 1913, he turned towards the sea, with the Hyères and Le Levant islands on the horizon. This painting presented at Drouot dazzles the eye with its palette of pearly whites standing out against the mauve horizon.