Jean-Baptiste Monnoyer was the leading flower painter during the Louis XIV period. Profusion and diversity reign over his charming Baroque compositions. 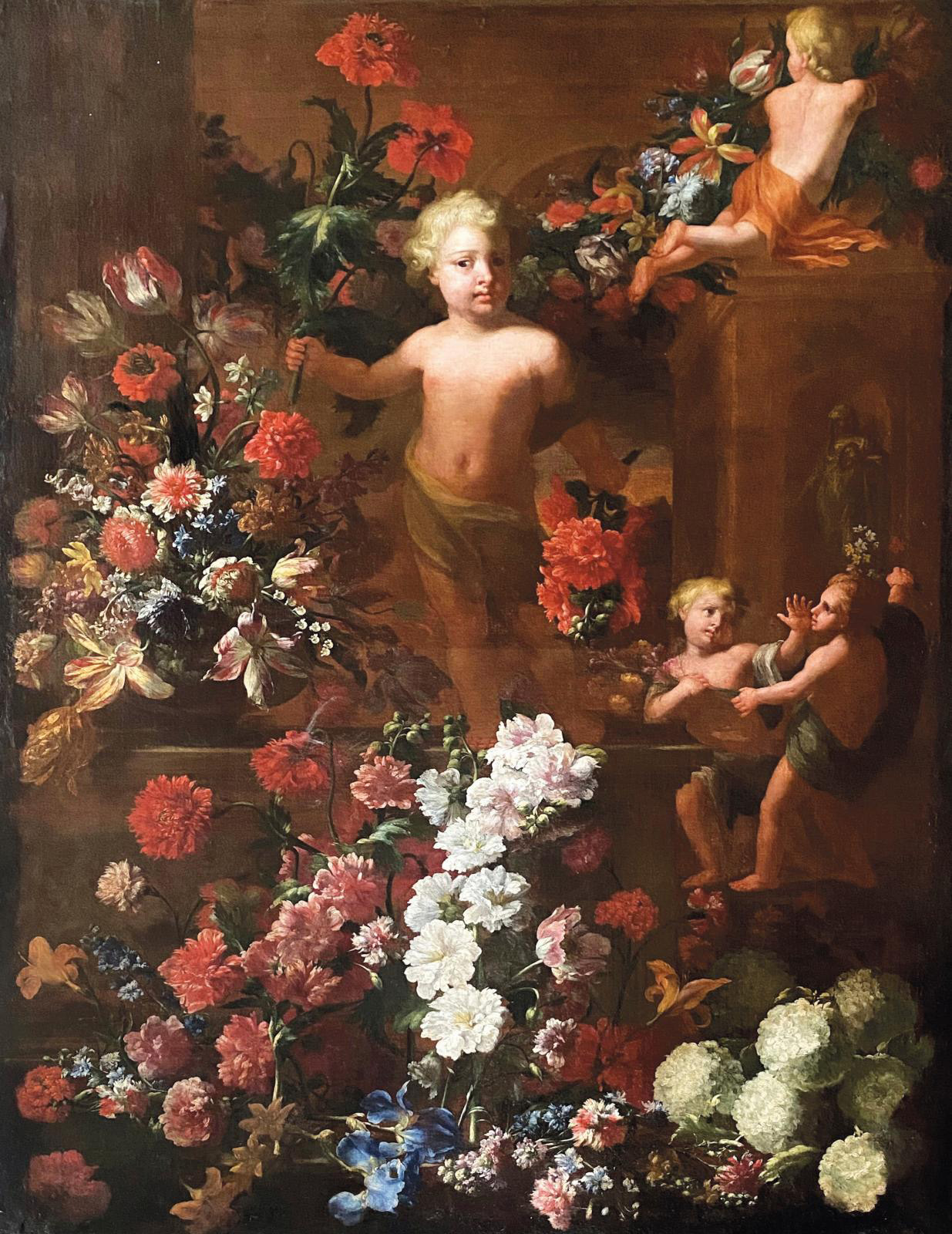 Paintings of flowers became all the rage in Northern Europe in the 16th century, but the trend did not reach France until later. Starting with Jean-Baptiste Monnoyer, some artists raised the genre to the rank of a noble art form in the 17th century, when Baroque paintings had to reflect the splendor of the Sun King’s court. Monnoyer’s desire to demonstrate his patron’s wealth and luxurious taste can be perceived in this outstandingly rich floral composition. Tulips, peonies and roses are meticulously depicted in an interplay of colors while twirling and even squabbling putti bring life and movement to the center of the painting. A classical relief—a detail often found in Monnoyer’s work—is visible on the right. Born in Lille, he studied in Antwerp, where he was influenced by Flemish artists, notably Davidsz de Heem. In 1655 Monnoyer moved to Paris, where he was appointed a member of the French Royal Academy of Painting and Sculpture ten years later. In the next two decades, his services were in high demand to decorate hôtels particuliers (private urban manisons), including those of Lambert and Lauzun. At the Château of Vaux-le-Vicomte, he collaborated with Charles Le Brun, who afterward called upon him many times to participate in royal projects.