Picasso and the Minotaur

Through a complex iconography, Pablo Picasso exorcises his angst as an unfaithful husband. This engraving, passed down by his granddaughter Marina, is the seventh and last state. 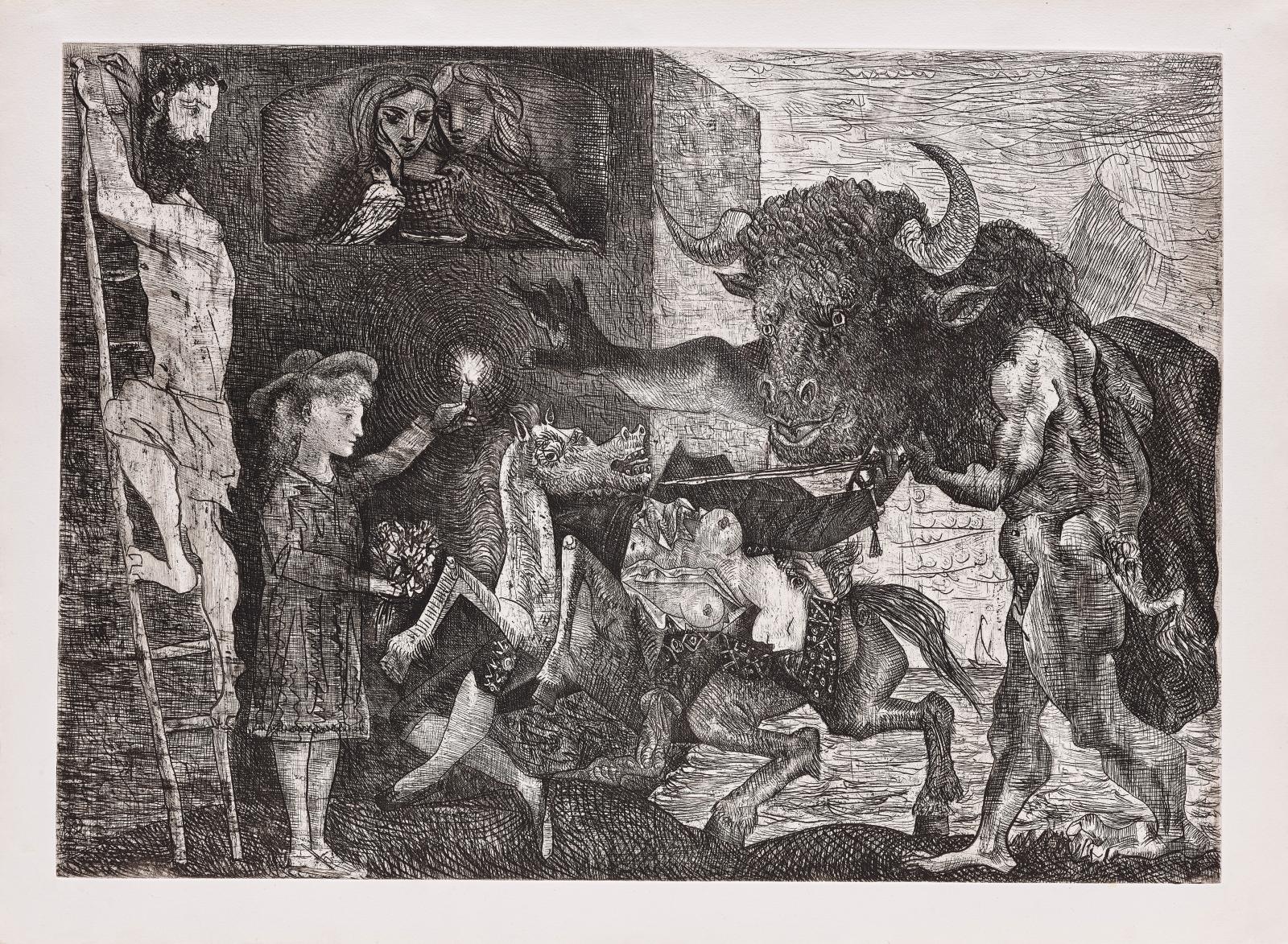 On March 23, 1935, when Pablo Picasso began to trace this composition directly onto the plate, he was in a state of considerable anxiety, because his wife Olga Khokhlova was about to leave him after discovering that his young mistress, Marie-Thérèse Walter, was pregnant. In this Minotauromachie, he expresses his guilt and frustration in a complex iconography. The Minotaur, who takes up almost half the composition, stretches his arm towards a candle held aloft by a young girl, who has a bouquet of flowers in her other hand. Between them we see two intermingled figures; a terrorised mare screams, unable to flee because she is mortally wounded, her entrails spilling out. In contrast, the pregnant torera on the horse's back seems quite serene. Her features, like those of all four female characters in the composition, are those of Marie-Thérèse. This strange spectacle is observed by two women leaning out of a window and a man climbing a ladder, somewhat Christ-like but with Picasso's features. Lustful desire and humanity, violence and innocence, suffering and salvation are merged in the Catalan artist's spirit and engraving alike. The figure of the Minotaur, Picasso's alter ego recently created for a commission – the cover of the new Surrealist magazine named after the mythological monster – became omnipresent in his famous series of engravings entitled La Suite Vollard, before taking its final form in 1937 in Guernica. Picasso did not produce the Minotauromachie for commercial purposes, but for his own use. He gave away more than half the fifty proofs printed, after signing, numbering and dedicating them. Only twenty-three, unsigned and unnumbered, were found in his studio when he died in 1973; this is one of them. It was passed on to the artist's granddaughter, Marina Picasso. She entrusted it to the dealer Jan Krugier, who sold it to the current owner.