Jacques-Laurent Agasse and the Challenges of Youth

Jacques-Laurent Agasse, a brilliant animal painter, was born in Geneva but made a career in England. This intimate scene reveals another side of his immense talent. 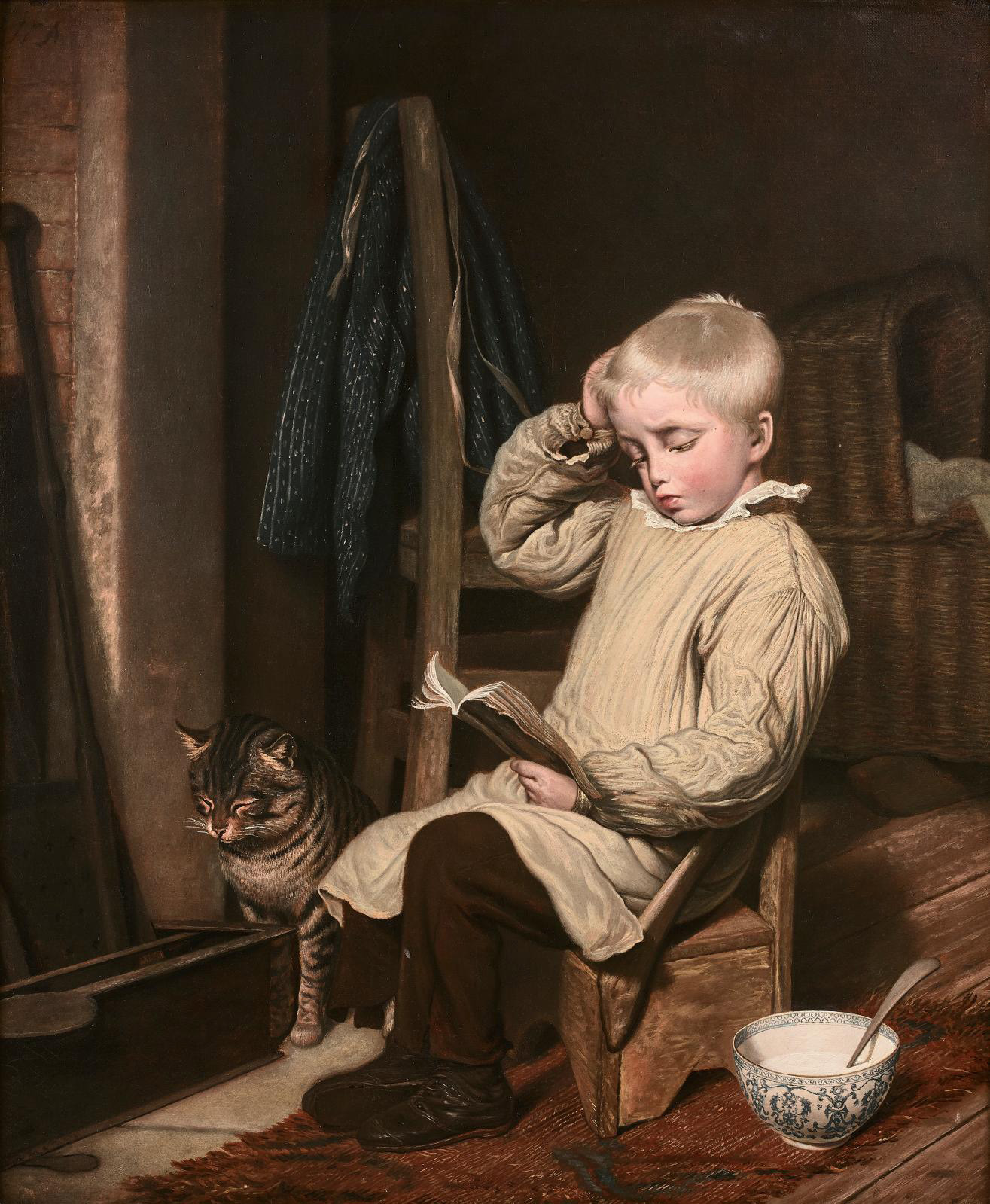 Learning how to read is not always easy, as this expressive scene from about 1820 attests. A blond boy has put his bowl of milk down on the floor as he sits by the fireside apparently struggling to puzzle out a word, while the family cat, unconcerned with such worldly matters, cozily basks in the warmth of the hearth. The painter of this scene, The Difficult Word, is Jacques-Laurent Agasse, a highly sought-after Swiss artist known for his outstanding animal paintings. His somewhat adventurous life began under good auspices. Born in Geneva to a Huguenot father with Scottish roots, he began his career in Jacques-Louis David's studio in Paris just before the Revolution. However, England is where his talent blossomed after meeting George Pitt, the future Lord Rivers (1751-1828), in Switzerland. In 1800, Pitt encouraged him to move to London, where his portraits of the gentry’s thoroughbreds quickly made him famous. These stunningly accurate works include the celebrated Wellesley Grey Arabian with Its Owner and a Groom in a Stable (private collection), painted in August 1809.

Agasse excelled at capturing the psychology of not only the stallions, hares and foxes he observed while hobnobbing with the British aristocracy and members of the British Sporting and Animal Painters Society, but also more exotic animals—giraffes and zebras—that he studied in London’s zoos. But in 1820, inspired by his quiet family life, he turned to contemporary genre scenes. The Difficult Word is one of the best known, as its impeccable provenance suggests. Originally in a private British collection, in 1921 it was acquired by the Bollag Gallery in Zurich before being bought by a French connoisseur. It has appeared at many exhibitions, especially in Switzerland, including a 1936 show at the Zurich Kunsthaus and the 1988 retrospective at the musée d'Art et d'Histoire de Genève (as no. 46), which traveled to the Tate Gallery in London the next year. The painting also features in C.F. Hardy’s 1905 book J.L. Agasse, His Life, His Work (pp. 126-127).