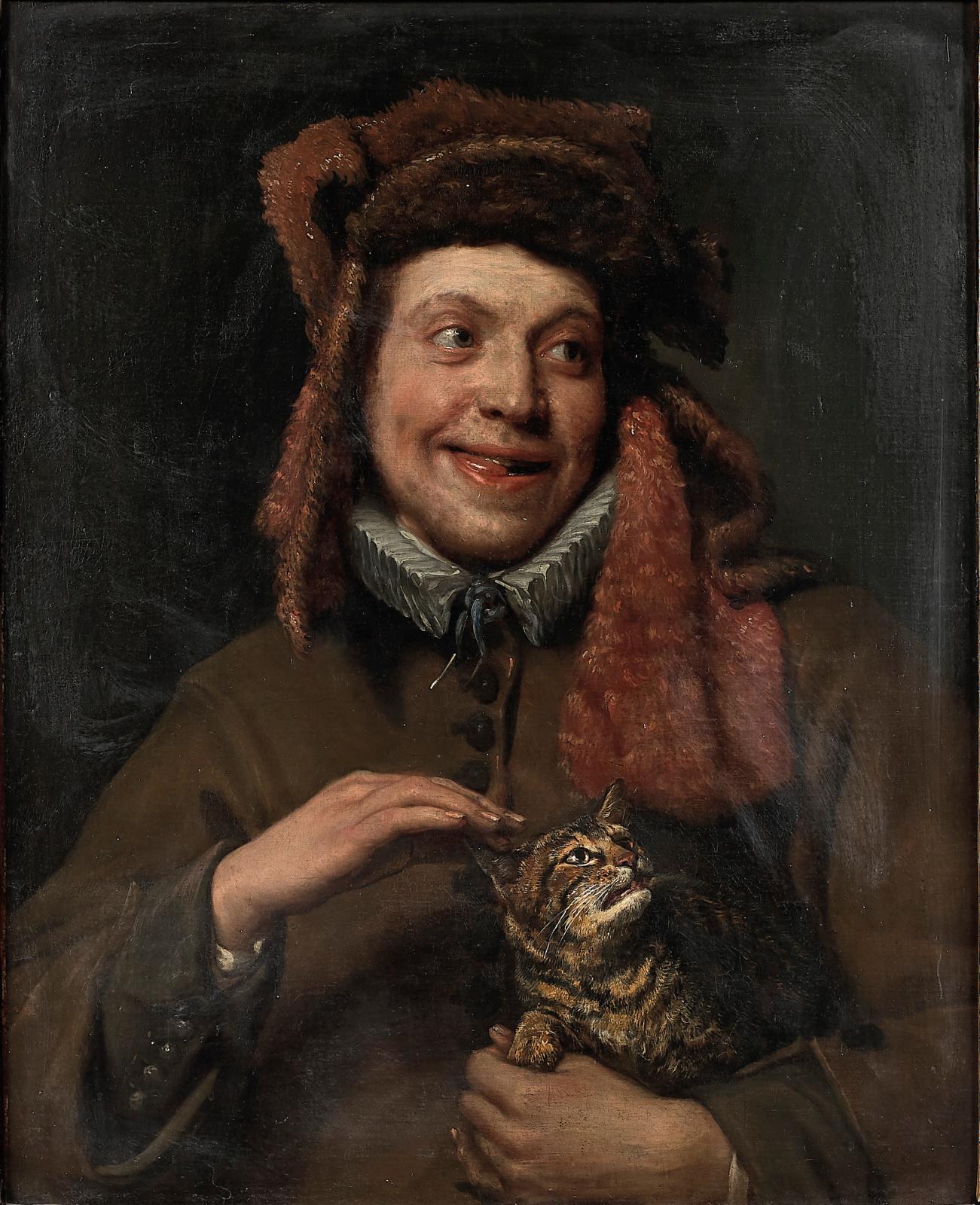 The young man looks so surprised that he stops petting the cat nestling in his arms. "The simpleton is touching the cat’s ear,” says Éric Turquin, the expert for this sale of old paintings. “Ready to pounce, the superb feline is placed at the heart of the scene like in other paintings in the ‘Five Senses’ series, to which this one belongs." First attributed to Theodore Rombouts (1597-1637), a Flemish painter influenced by Caravaggio’s themes and style, the series was sold in Berlin in 1911. Specialist Rolf Kultzen attributed it to Sweerts and it is known from black and white reproductions in his 1996 book on the artist. "Just one of the paintings, Smell, has been located so far (Vienna academy),” he says. Delighted with this discovery, he mentions "the innuendos that the artist slipped into all his paintings [portraits, genre scenes and paintings with mythological or religious themes], offering various avenues of interpretation." In 1646, Sweerts is mentioned in Rome’s annual Easter census as living in Santa Maria del Popolo parish and in the Academy of Saint Luke’s archives as being in charge of bringing Northern European artists’ contributions together for the evangelist’s feast day. It seems that as soon as the artist arrived in Rome, he was considered an accomplished painter and enjoyed a certain degree of fame with wealthy clients who visited his studio on the Grand Tour. "Michael Sweerts drew antiquities but not characters from ancient fables or history,” says Dominique Cordellier, head curator of the Louvre’s Drawing Cabinet, in his fictionalised biography Le Peintre disgracié (Le Passage, 2017). “He limited himself to humble subjects.”

Between painting and missionary zeal
His long stay in Rome offered Sweerts many popular subjects—bamboccianti, according to the term in use at the time. Taking most of his models from the street, he painted them in a recognisable, fairly limited palette ranging from orange-reds to pinkish ochres. “That colour, so particular to Sweerts, is what put me on the right track,” says Mr Turquin. “The painting was still attributed to Rombouts when it arrived. The odd-looking hat’s range of colours even appears on the cat’s muzzle."
The reasons Sweerts returned to Brussels remains a matter of speculation. Some advance the hypothesis of the death in January 1655 of Innocent X, who had honoured him in 1651 with the title of "cavaliere". His name appears several times in the account books of Camilio Pamphili, the pope’s nephew, attesting to the high regard in which he held him. Was the deeply devout Sweerts planning to join the Society of Foreign Missions in Amsterdam to organise a mission to China? In 1656, his presence is recorded in Brussels as head of a drawing academy. He returned to the recurring subjects of Flemish painting, notably expressive facial studies. In Touch, as in the series’ other paintings, "the cat is at centre of the composition,” says Mr Turquin. “It was painted first and gives the work all its meaning. The details—the silky fur, rough cloth, velvety coat—emphasize the message," not to mention Sweerts’s deep compassion for this gentle simpleton.