Almost ninety years after Pierre Chareau designed the modernist home for Jean and Annie Dalsace, the Maison de Verre continues to fascinate. A part of its furnishings and paintings are about to be auctioned. 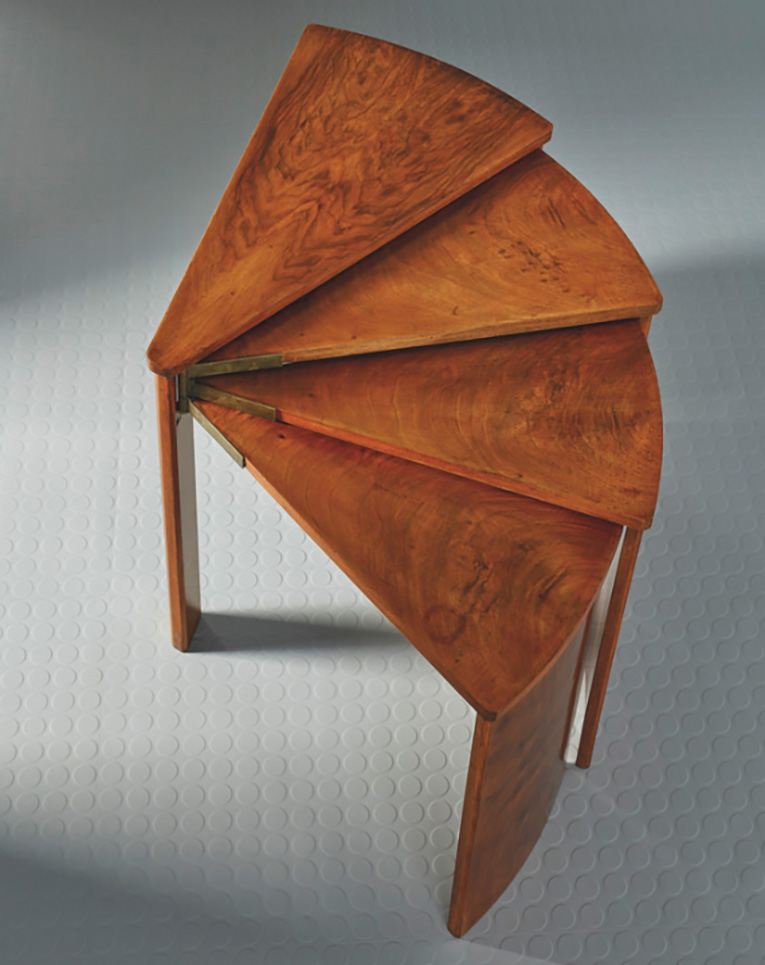 The descendants of Jean and Annie Bernheim-Dalsace have entrusted Christie’s, Paris, with the task of selling part of their prestigious collection, which has remained in the family since the couple’s death. Some sixty pieces of furniture designed by Pierre Chareau, a close friend of the couple, constitute the bulk of this extremely high-quality catalog of 116 lots. Between 1928 and 1932, the designer worked on the renovation of their private urban mansion at 31, rue Saint-Guillaume, in Paris’ 7th arrondissement. Forbidden from demolishing the entirety of the eighteenth-century building, Pierre Chareau enlisted the help of Dutch architect Bernard Bijvoet and the skilled metalworker Louis Dalbet, creating an innovative metal structure with a glass wall. He designed several pieces of furniture to adorn the 576 m2 (6200 ft2) three-floor space, adding to the models designed between 1918 and 1923 for Jean and Annie’s apartment on Boulevard Saint-Germain, and those from their former country house in Noisy-le-Sec.

Although Chareau’s Maison de Verre —now owned by the American Robert Rubin — only receives a limited number of visitors, the Dalsaces had made opened their home to the world, making it a meeting place for the entire avant-garde intelligentsia of the time. Art lovers, they befriended Jean Lurçat (1892-1966) and the gallery owner Jeanne Bucher. A Still Life with Glass by Georges Braque (€300,000/500,000), Horses on the Beach by Giorgio De Chirico (€200,000/300,000), and a Composition with Birds by Max Ernst (€70,000/100,000) bear witness to this tireless artistic curiosity.