Does music soothe the savage breast? Not always… as witness this combustion of cellos by Arman evoking Romeo and Juliet: the star piece in a sale devoted to the 20th century. 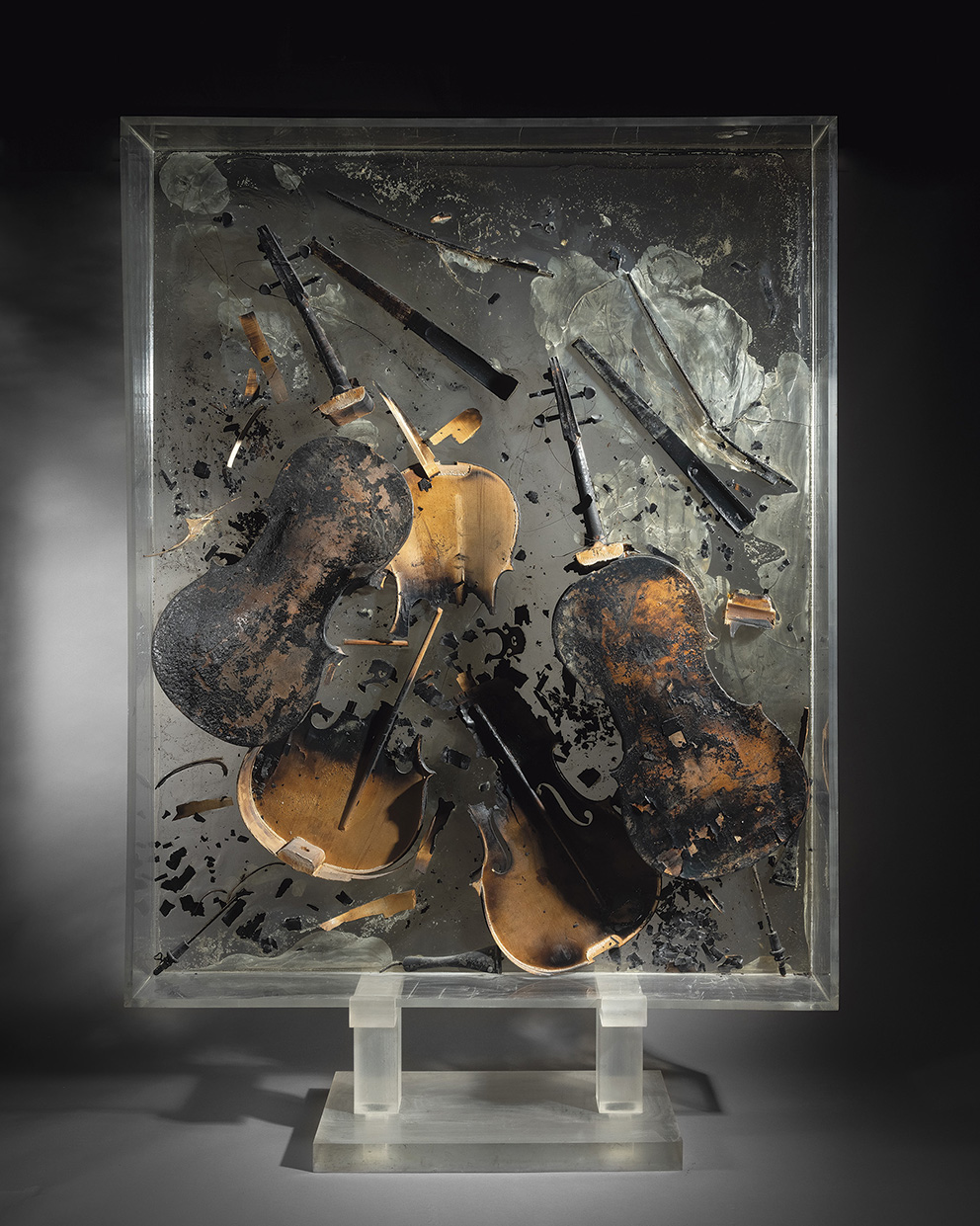 Plato said that "rhythm and harmony find their way into the inward places of the soul, and move it powerfully." More prosaically, this work could well inspire a fine bidding battle, judging by its estimate… It is a one-of-a-kind piece, whose creation date (1970) and title were communicated some years later by Arman himself to the collector now selling it: Robert Burawoy. This engineer from the École Centrale de Paris, a collector for forty years, has a PhD in Art History and a passion for Japanese arms and armour, as well as non-Western art. When he bought this sculpture in 1976 on an impulse, he knew neither Arman nor his work. Their meeting led to a friendship that lasted for over twenty years. "The legendary accumulation approach soon made him the leading collector of Japanese armour outside Japan," says Robert Burawoy about the artist. He became his advisor in this sphere, and went with him several times to the Land of the Rising Sun to show him public and private collections. In 1959, a year before co-founding the New Realism movement, Arman developed his inclusion process, imprisoning objects in a thick layer of resin. He then combined this technique with other creative processes like accumulation, cutting and combustion. Typical of his 1970s work, Romeo et Juliet freezes in time two cellos consumed by fire, broken or sometimes struck with an axe or a sledgehammer. The fragments reflect the result of his rages, and his need to let out his anger in order to create. In a work that is also a performance, this fury towards the musical instruments evokes the tragic, explosive intensity that shaped the fate of the young lovers of Verona.