When one thinks about the art of Japan, prints inevitably come to mind, however, so too do swords and armor. This sale is dedicated to the latter. 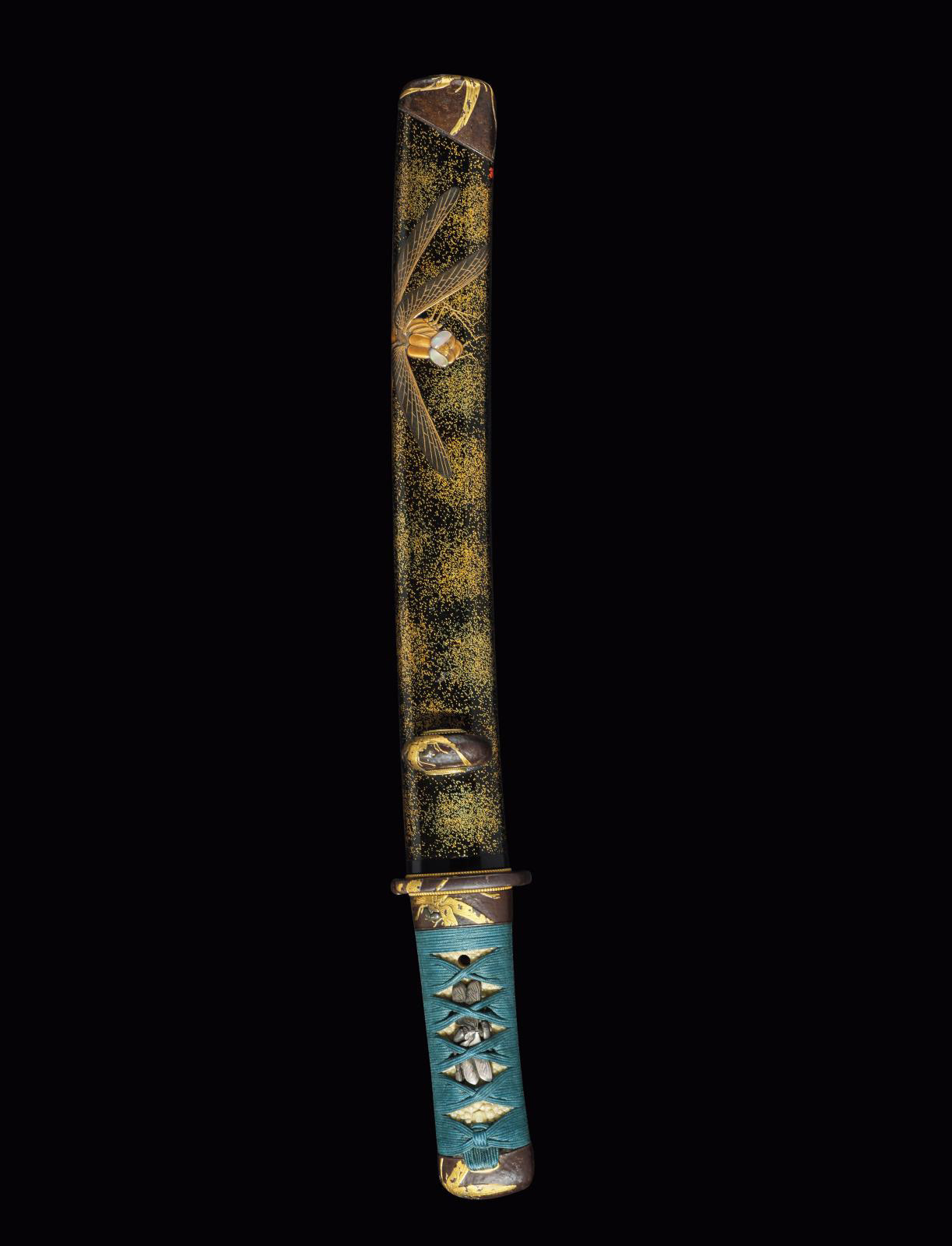 On May 18th, the first part of this collection, amassed in 1939-1940 and subsequently kept by the family, was sold at auction. The collection included 42 swords dating from the Muromachi period (1333-1573) to the Meiji period (1868-1912), with the most desirable object becoming subject to a bidding war that reached €64,000 - five times the expected price. It is more than likely that the cry of the samurai, and especially for amateurs, will be heard again for these 40 additional swords. The weapons, which are equally works of art, are expected to fetch between €1,000 and €6,000, with the exception of a florally decorated Edo period wakizashi, and the Noh and Kyogen masks, made from lacquer, box tree, shibuichi and iron, for which bidders should expect to pay from €12,000 to €15,000. Developed from the swords imported from the continent by mounted archers towards the end of the third century, swords were initially straight, double-edged, and wielded by nobles as a sign of status, rather than as a real combat weapon. From the ninth century onwards, Japanese sword makers mastered the art of forging and produced slightly curved, single-edged blades, of which the katana is the most emblematic. While the Muromachi period can be associated with the excellence of the shin-tô (new swords), the Edo period oversaw the flourishing of ornamental accessories such as tsuba, scabbards and decorations. During the Meiji era carrying a sword was forbidden, and so production slowed down, however they were nevertheless passed on as precious heirlooms amongst the samurai families.