Second session for a collection of high-quality decorations and medals: the parade, lasting two days, looks set to be international and historic. A detailed inspection. 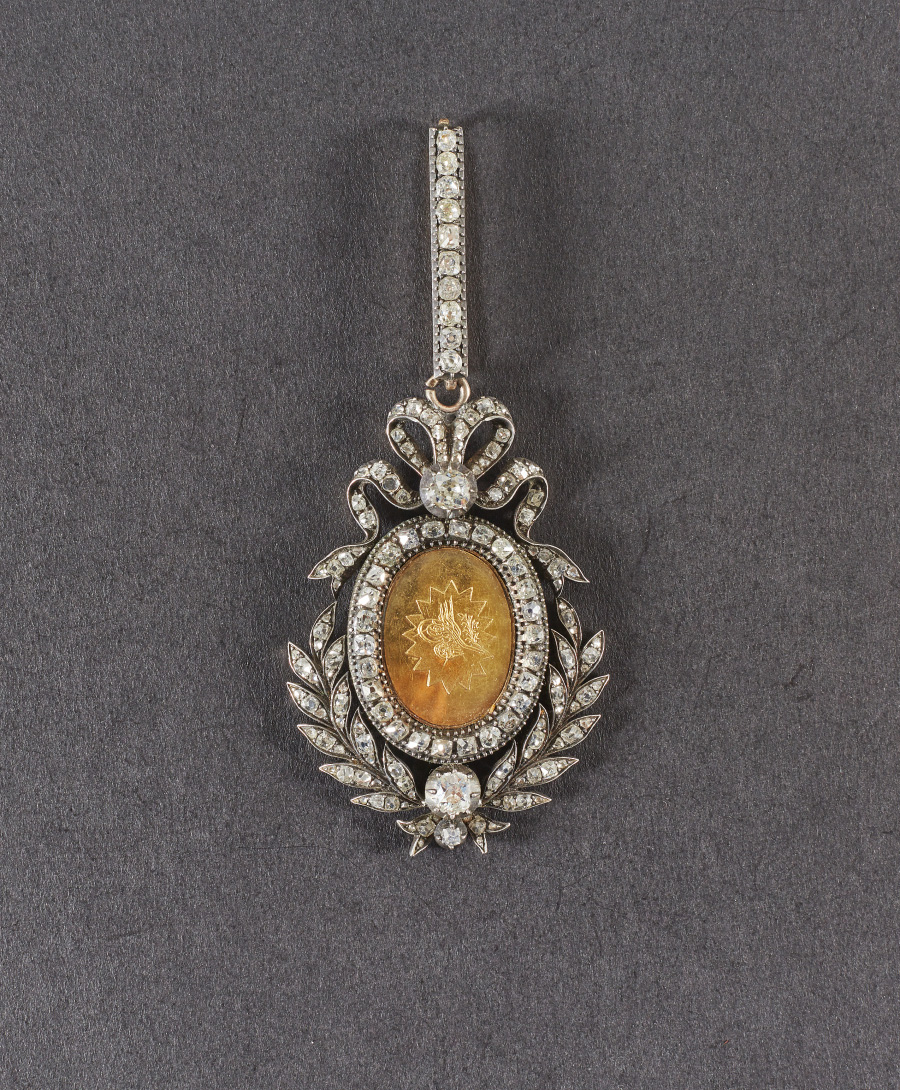 The world of phaleristics (i.e. orders of chivalry, decorations and medals) is already rejoicing at this new offer of over one hundred and fifty pieces less than a year after the successes and pre-emptions that greeted the first sale in December 2018. We remember the total result, €2.03 M: an amount unusual enough in this speciality to be worth pointing out. Nor have we forgotten the participation of all the market's international players, nor the two acquisitions of mementoes of the Duc de Berry by the Musée de la Légion d'Honneur. Imperial Russia, which then majestically took the lead with some exceptional results, is again present in terms of number and quality, even though the most outstanding collars were sold at the first session.

A universal phenomenon
"What is unique about this collection is that it takes us on a real tour of the world of decorations," says expert Jean-Christophe Palthey. It invites us to explore the history of ninety countries, their saints, feats of arms and diplomacy and official awards, proving that "decoration is a universal phenomenon. This second sale might not contain as many major pieces, but it has a broader reach and more variety as well," continues the expert. Germany, at the time of its duchies and various kingdoms, occupies a very special position with no fewer than seventy-five models, including what is probably the highlight of the sale: the knight's badge from the Order of the Hunt belonging to Jérôme Bonaparte, when he was made King of Westphalia (1807-1813) by his brother, the Emperor. The piece is perfectly historiated. The order was created in 1702, when Wurtemberg was still a duchy. Napoleon I was awarded it on 6 October 1805, three days before his younger brother. The two badges (the Emperor's is now in the Historical Museum of Moscow) were recovered by the Prussians on the evening of the Battle of Waterloo on 18 June 1815, during the famous episode when they took Napoleon's coach as booty. The insignia come with their aluminium inventory labels. "The one belonging to Jérôme Bonaparte is an intermediate type, so it still featured intertwined hunting horns on the back, but already had the monogram "FR" crowned with the Order of the Golden Eagle on the front." In fact, the Order of the Hunt became that of the Golden Eagle in 1807, by order of Frederick I, first King of Wurtemberg. "Even though this piece is not in perfect condition, it is extremely rare," says the expert, delighted to have been able to trace its history. Its estimate of €40,000 to 60,000 is unlikely to scare off lovers of this period. Incidentally, the knight's plaque of Napoleon I's Order of the Golden Eagle, which came from the palace of Monaco, fetched €165,000 at Fontainebleau on 16 November 2014 (Osenat auction house).

The collar: a treasure for phalerists
"These are the Holy Grail for collectors." This group includes eighty, all stages on a tour around the world taking in unexpected destinations like Guatemala, with a model made up of links featuring Mayan bas-reliefs (Order of the Quetzal, founded in 1936, reserved for heads of State: €2,000/3,000), and Kenya, with the Order of the Golden Heart dating from 1966 (Chief's collar, €600/800). We should also add Malaysia (Order of the Crown of the Realm, 1958, €3,000/4,000) and Korea, with its Grand Order of Mugunghwa, the local name for hibiscus (dignitary's insignia, €6,000/8,000). The latter is also reserved for heads of State in office and the leaders of allied countries. This lightning inventory gives the expert a chance to remind us that "in the past, recipients were not the owners of the collars they received, only the custodians. When they died, the officer of the Order would come and collect them." This is why it is almost impossible to find any insignia when an order still exists, as is the case with most European kingdoms. So the Swedish Grand Cross collar in enamelled gilt bronze from the Order of Vasa, founded in 1772 (€2,500/3,000), is a piece that should fire a lot of interest… This particularity also accounts for the ever-larger number of decorations for collectors. In France, things are very different because of the Revolution. Orders of chivalry, as prestigious political favours awarded by the sovereign, were too reminiscent of Ancien Régime privileges, and they were abolished through the act of 6 August 1791. Although Louis XVIII reintroduced them in 1814, their aura remained somewhat tarnished. This means a wealth of plaques, stars, crosses and collars waiting to be picked up… to the delight of phalerists.

Collection de Monsieur X - Ordres de Chevalerie (IIe partie - jour 1)
Salle 15 - Drouot-Richelieu - 9, rue Drouot - 75009
Audap & Associés
Info and sales conditions
Catalogue
Salerooms
Results
Newsfeed
See all news
The artist residency Saint-Ange chooses its 2020 laureates
Luxembourg & Dayan and Venus Over Manhattan galleries join forces to open new space in the Hamptons
Guggenheim launches investigation into complaints of racism and mismanagement
Renaissance portraits together again after 125 years
Not to be missed
Pre-sale
Female subjects
Women are in the limelight at this modern art sale, where a carved…
Pre-sale
The boy king and the virtuoso engraver
The meeting between the young Louis XIV and the sculptor Jean Varin…
Pre-sale
Superb tapestries from the Tchaloyan collection
Over fifty pictures in wool and silk dating from the 15 th to the…
Pre-sale
The flames of love that recall Versailles
Created in the late 18 th century, or more probably even in the…