A Poem-Painting by Max Ernst 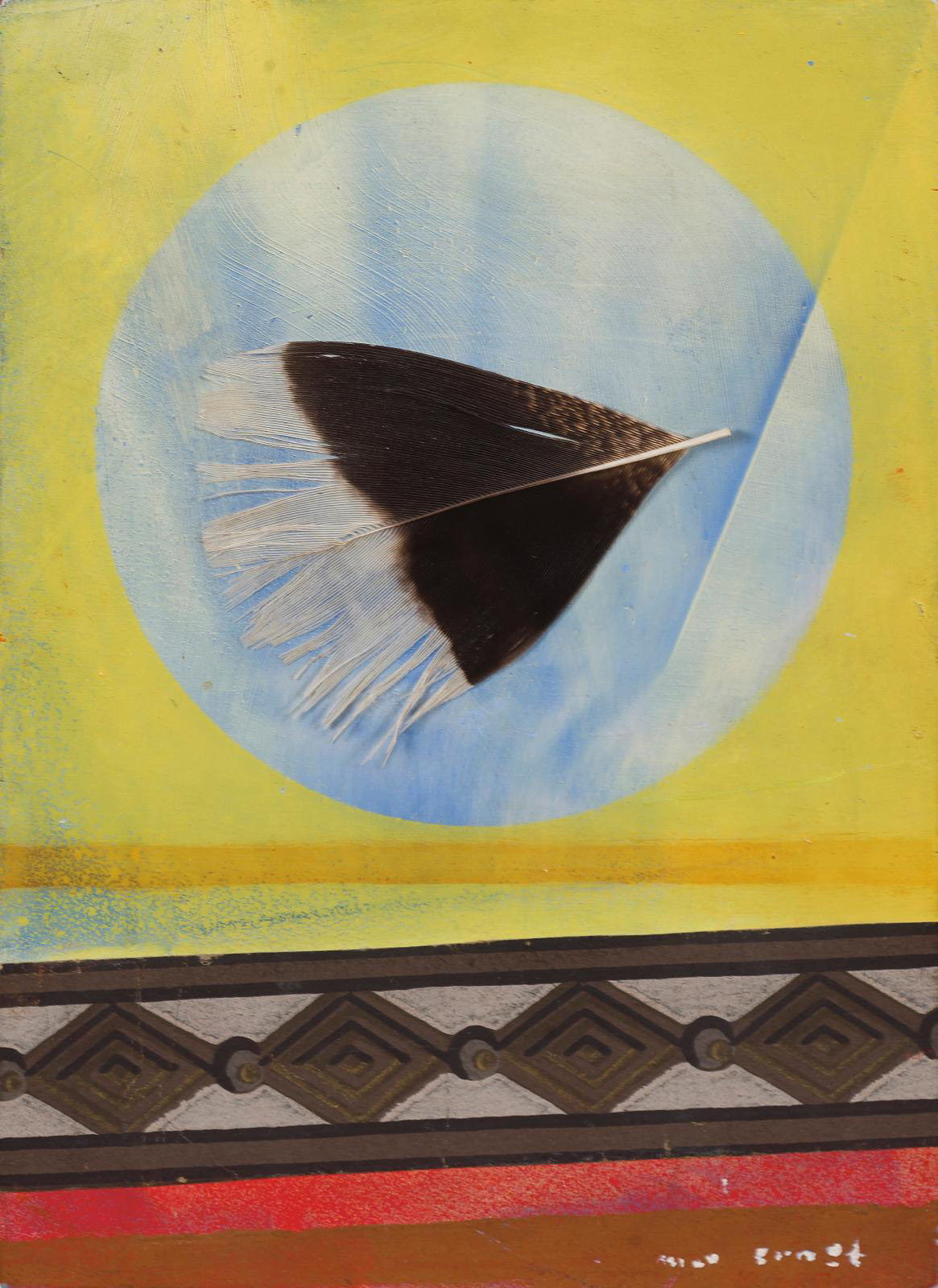 “Feathers may make plumage, but glue does not make a collage”: these words from Max Ernst’s famous essay Beyond Painting bring the iconic, semantic and symbolic properties of collage into play. His experiments in this area followed a series of works involving rubbing and scratching. Breaking free from technical shackles and the constraints of representation, Ernst turned collage into a “poetic process where the ends are diametrically opposite to those of the Cubist collage, whose aim is purely realistic,” wrote Louis Aragon in Collages. The gesture does not replace drawing. It is a game of juxtapositions, additions and subtractions of mixed elements drawn from the banality of everyday life and invoking the secret logic of automatism dear to the Surrealists.

This eminently poetic collage with ink and wallpaper is based on chromatic harmony between the pale blue circle, the sandy yellow and the red feature of the frieze at the bottom, a link between the cold and warm tones recurring in Ernst’s work. The freedom that dictates the association of a feather and a wallpaper frieze replaces the unusual with serene lyricism, a strange dream scene tinged with wonder.

Ernst was the Surrealist who most intensely transposed Lautréamont’s idea of the literary collage to painting. In 1962, he had been back in France for nearly ten years after his New York exile imposed by the Second World War allowed him to experiment with dripping and stretching the boundaries of sculpture. Expelled from the Surrealist movement after his success at the 1954 Venice Biennale, Ernst moved to Indre-et-Loire in Touraine, where he made collages from old rolls of wallpaper he found by chance. Ours crossed the Atlantic to gallerist Alexandre Iolas, whose label is still on the back. Ernst brought collage to its apex in The Woman with 100 Heads, a wordless collage-novel where the succession of images alone creates the narrative structure. The collages were made up of glued paper, photographs and illustrations, creating a new iconography opening up the doors of thought to its emancipation.