Saint-Exupéry as the Little Prince: secrets of the heart

Made in New York in 1942 or early 1943, this watercolour by Antoine de Saint-Exupéry is a self-portrait as the Little Prince hanged on planet Earth. 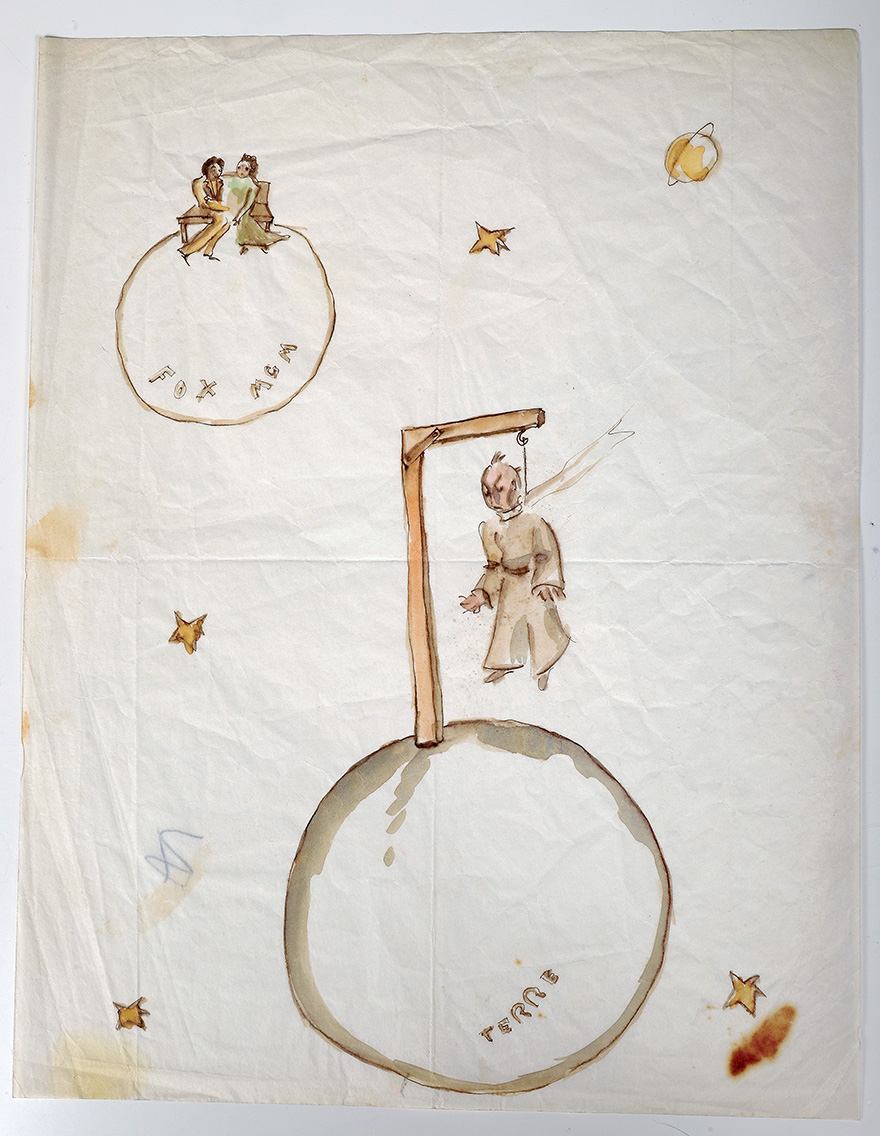 This moving work illustrates the heartbreaking moment when Saint-Exupéry left the United States to join his squadron in North Africa in April 1943, when he was still deeply in love with journalist Sylvia Hamilton. On Earth, a figure hangs from a gallows. It is Saint-Exupéry in the guise of the Little Prince. In the background, on the planet Fox-MGM, a couple sitting on a bench is wrapped in each other’s arms, while Saturn, which poets associate with melancholy and astrologers with breakups, has slipped into the composition. What meaning can this be given? The writer’s despair before he had to leave Sylvia, who was having an affair with Gottfried Reinhardt, director, producer and her future husband? She disagreed with that interpretation. In her preface to the catalogue of the auction held on May 20, 1976, in Paris (Drouot Rive-Gauche, Laurin-Guilloux-Buffetaud-Tailleur), Sylvia wrote that the drawing refers to Saint-Exupéry’s Hollywood experience. In 1933, Metro-Goldwyn-Mayer acquired the rights to his book Vol de nuit and produced a successful screen version, Night Flight. In 1942, it was removed from circulation after a dispute with the writer. Our drawing may illustrate that episode, but it also reveals the emotional state of the man who, in The Little Prince, wrote, “I shall look as if I were dead; and that will not be true.” This drawing has been in the owner’s family since 1976.