Secret philosophy under the hammer

Manuscripts can contain alchemists' secrets, and with his, Gonzague de Marliave had a source of gold in his hands. The transmutation is scheduled for tomorrow in the auction room. 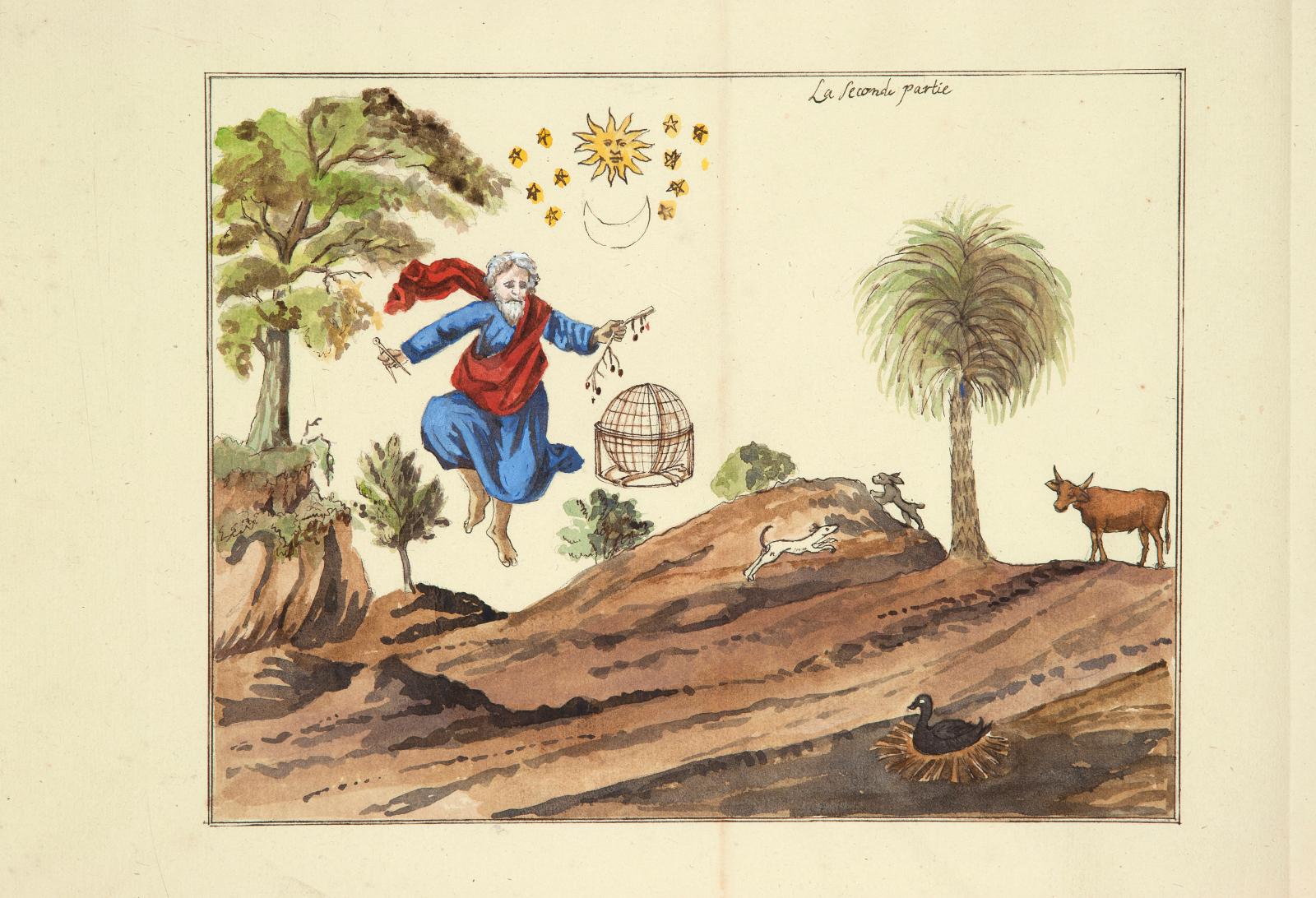 In the preface of the sale catalogue for his collection, Gonzague de Marliave issues a warning to "Connoisseurs", alerting them to the fact that "nothing is insignificant"! How could this be otherwise when the topic in question is alchemy? Various meticulously chosen manuscripts with illustrations transcribing ancient texts by outstanding names have slipped into the midst of a hundred-odd books, most of them printed. For the layman, alchemy chiefly means the changing of one metal into another through a process called "transmutation". Magic or a scientific procedure? In any case, a real trial of patience involving numerous operations, described here in various documents, all of them fascinating... This is the case with various handwritten notes, particularly the ones from the late 17th/early 18th century covering forty-odd pages with a precise description of Rhenanus's philosophical furnace (€3,000/3,500). Some contain formulas, for example a late 17th/early 18th century book providing solutions for obtaining hermetic water and drinkable gold (€1,500/2,000), and another illustrated with thirteen drawings assembled in one volume, consisting of modern copies of ancient originals (€2,500/3,000).

Ora et Labora
Various famous adepts are featured, starting with the great Nicolas Flamel, two of whose texts, copied at a later date, belong to the Gonzague de Marliave library: the manuscript of the Trésor des Trésors, due to the modern alchemist Eugène Canseliet, a follower of Fulcanelli (€5,000/6000) and that of the Secret de la Pierre des Philosophes expliqué dans les Lavures, a document presumed never to have been published (€2,000/3,000). These contain drawings with a distinct touch of humour, starting with an angel blowing a trumpet to awaken an alchemist. We also find Pierre-Jean Fabre (1588-1658) and George Ripley, a canon of Bridlington in the 15th century, who wrote over twenty-five books on alchemy, most of which remained in manuscript form. Having discovered the secret of transmutation, he became extremely famous (€3,000/4,000 for a 17th century manuscript in French containing several of his texts). Here the passing down of works played a major role, as many writings were never published and others, circulated covertly, were lost. Originals were constantly copied from one generation to the next to safeguard them. These are the kind of works the collector of this library sought out. Two manuscripts once owned by Louis-François de Bourbon-Busset (1749-1829), whose ex-libris is found on an endleaf, are embellished with the drawing of a victorious phoenix in the flames: an obvious symbol. A close friend of Louis XVI's, this French alchemist and Freemason survived the Revolution by taking refuge in the mediaeval Château d'Allier, where he set up his library and laboratory. One of the two pieces is a copy on laid paper in beautifully legible handwriting of the first French translation of the Propugnaclum alchymiae by Pierre-Jean Fabre, published in 1645. This doctor from the Aude region, a specialist in the plague who oversaw Louis XIII's health after the siege of Montauban, claimed in good faith that he had successfully transmuted lead into gold on 22 July 1627. The fact that in 1636 Fabre dedicated his Abrégé des secrets chymiques to Gaston d'Orléans, the king's brother, shows how famous he was.
Religion was no barrier to alchemy, as witness a work by the rabbi Simeon Ben Cantara. This figure (whose existence is not certain) asserted the importance of alchemy in Kabbalah in a treatise entitled Cabbala Mineralis. This is a highly important text of which only two 17th century manuscripts are extant, one being in the British Library. A modern copy illustrated with ten original watercolour drawings is on offer for between €2,000 and €5,000.

BOOKS AND MANUSCRIPTS - ALCHEMY
Salle 2 - Drouot-Richelieu - 9, rue Drouot - 75009
Binoche et Giquello
Info and sales conditions
Catalogue
Salerooms
Results
Newsfeed
See all news
Due to the summer holidays there will be a pause in the newsfeed. We will be back Monday, August 24th. Have a wonderful summer vacation!
Met Museum in New York acquires Wangechi Mutu sculptures
US House of Representatives vote to create a national museum dedicated to Latin Americans
Church volunteer confesses to starting the Nantes Cathedral fire
Not to be missed
Pre-sale
Figurative art from van Goyen to Combas and the inescapable…
This 1955 work by Bernard Buffet belongs to a series of around 10…
Pre-sale
Henri Lebasque, painting the zest for life
His soft, nuanced palette captures moments of simple happiness on…
Pre-sale
The Gilles Labrosse collection: fashion throughout the…
Amassed by an impassioned enthusiast, one of the largest private…
Pre-sale
Achille Laugé: Cailhau in perspective
Found during an inventory carried out for an estate in the Var,…