Painting for the Future with a Late Work by Carlo Carrà

Carlo Carrà was an early 20th century Italian avant-garde painter, whose work left its mark on later generations of artists. 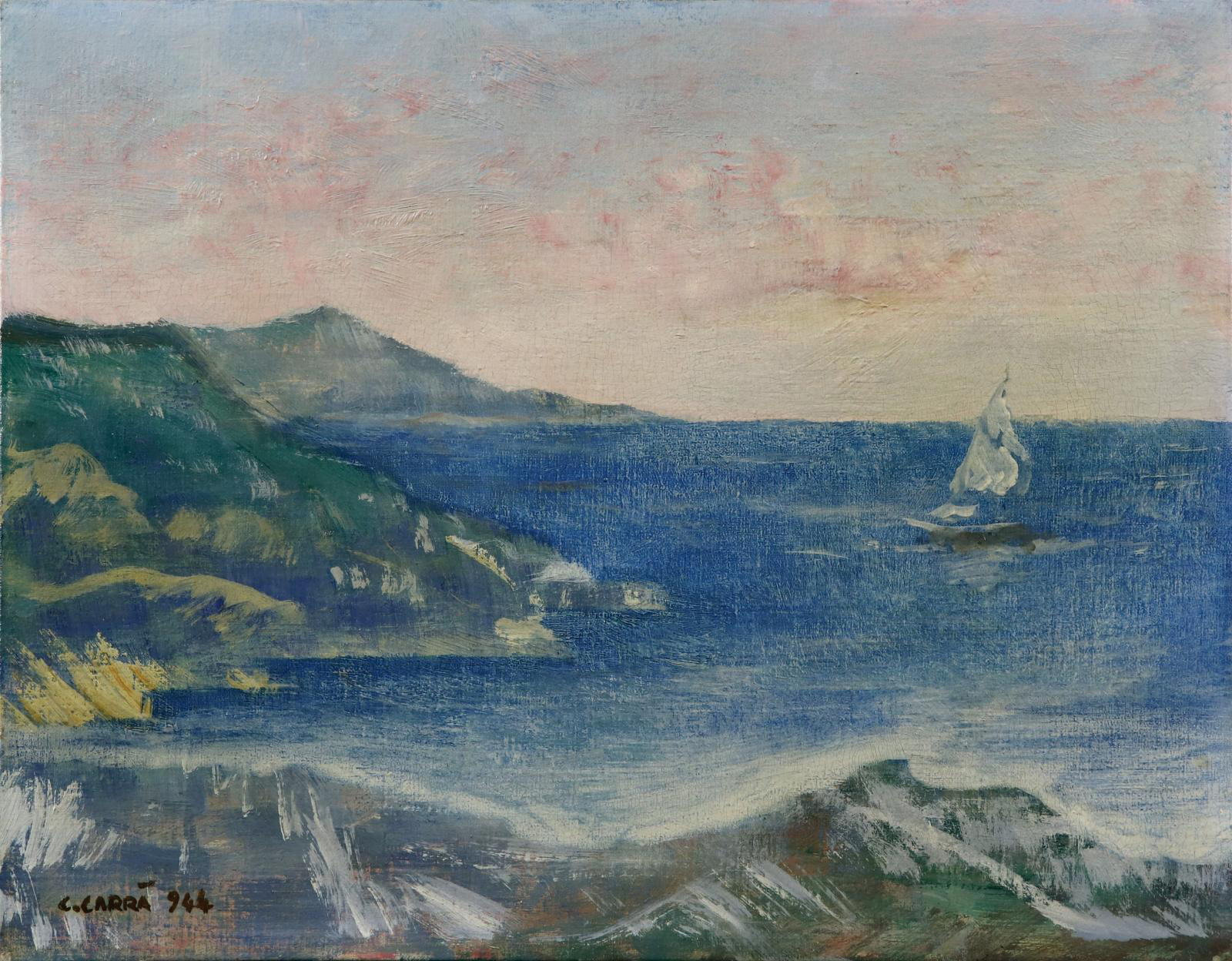 This 1944 seascape with its simplified forms, balanced composition and ethereal substance dates to the end of Carlo Carrà's career. Part of Madame X's estate in Luxembourg, it will be presented with a certificate from Luca Carrà dated July 12, 2021, and is also reproduced in the artist's catalogue raisonné. Here we can clearly appreciate the legacy of the great Italian masters, particularly those of the Renaissance.

The work of the Italian fresco masters Giotto and Masaccio strongly influenced the painter, who himself worked as a mural decorator in Milan. However, his style evolved considerably over the years. After discovering Impressionism in Paris at the 1900 Universal Exhibition, for which he decorated pavilions and brief studies at the Brera Academy in Milan with Cesare Tallone, he was struck by the Futurist movement in 1910. The First World War put an end to this pictorial concept and he returned to a more classical, realist style. His painting, with its simplified forms and immobile figures, took yet another turn for a short time through his contact with the metaphysical painting of Giorgio De Chirico in the late 1910s. This style was tinged with melancholy and the uncanny, especially in his still lifes. Having taught for many years at the Brera Academy, Carlo Carrà had a strong influence on the painters of the next generation.