Roses, Roses All the Way…

Although unsigned, this Art Deco pendant combining precious and ornamental stones is attributed to one of the great names in jewellery: Lacloche. 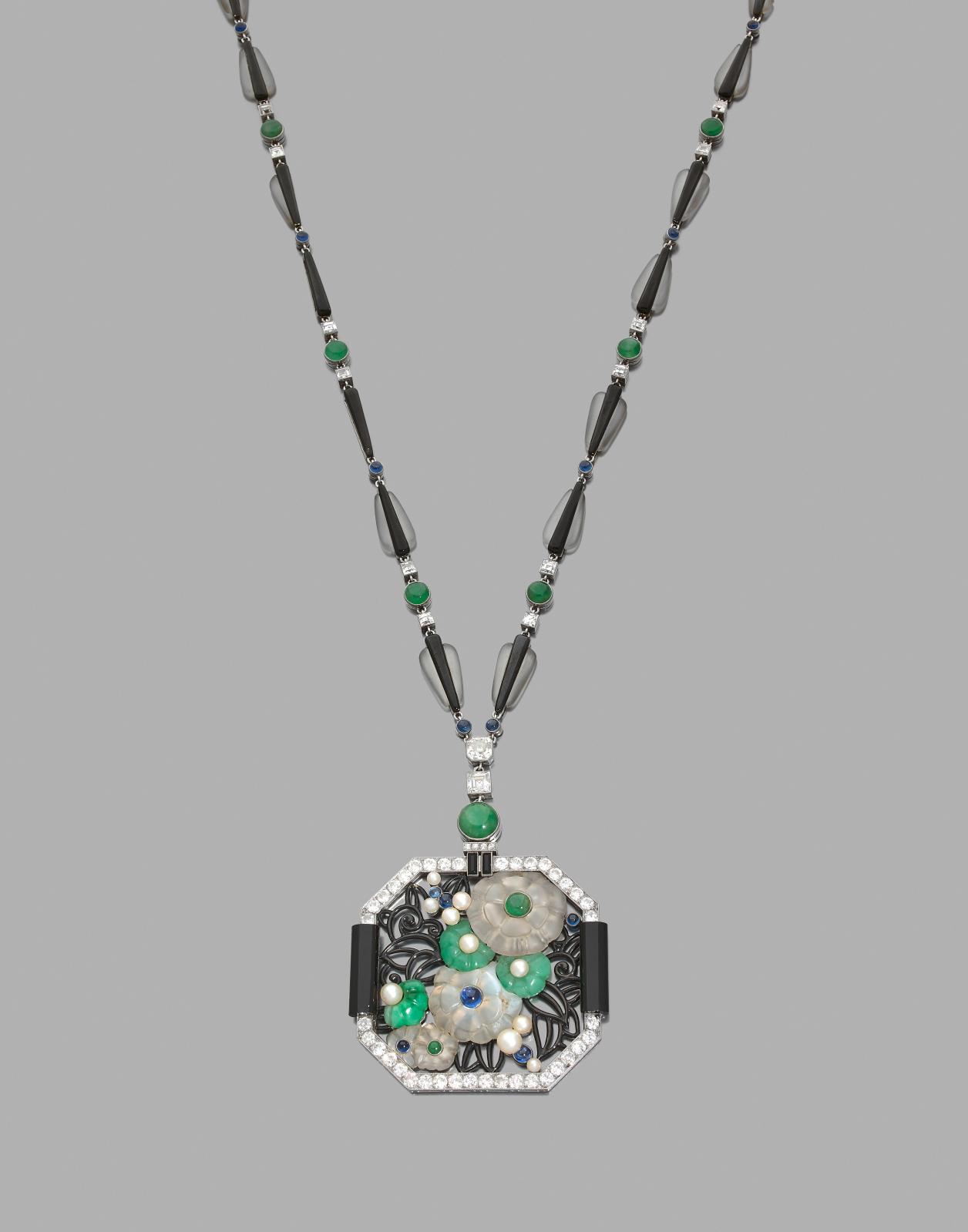 Rest assured, its design featured in a monograph published last autumn, and a gouache was presented at the 1925 International Exhibition of Decorative and Industrial Arts in Paris. According to family tradition, this pendant was given to the grandmother of the current owners by the Duc d'Orléans (1869-1926). During the six-month-long International Exhibition of 1925, Lacloche Frères, a company founded in Madrid in 1875 by four brothers, was in the spotlight at the Grand Palais alongside the stands of Cartier and Van Cleef & Arpels. What was on show? As well as twenty-odd large and small clocks and beauty accessories, there were also various elegant jewellery items featuring hardstones mingled with unobtrusive paved diamonds, rubies and sapphires. On several of them bloomed a stylised rose, as with this pendant. Created by Paul Iribe to illustrate Paul Poiret's album Les Robes de Paul Poiret in 1908, the flower spread everywhere, becoming the emblem of classicism in the Art Deco era. Here it is set off by a black enamel mesh dotted with pearls. Such subtlety...