In the footsteps of a queen

Victoria's passion for Scotland revived its traditions and started a new fashion for silver jewellery. An anonymous enthusiast has gathered some fine examples together, now ripe for the plucking at Drouot. 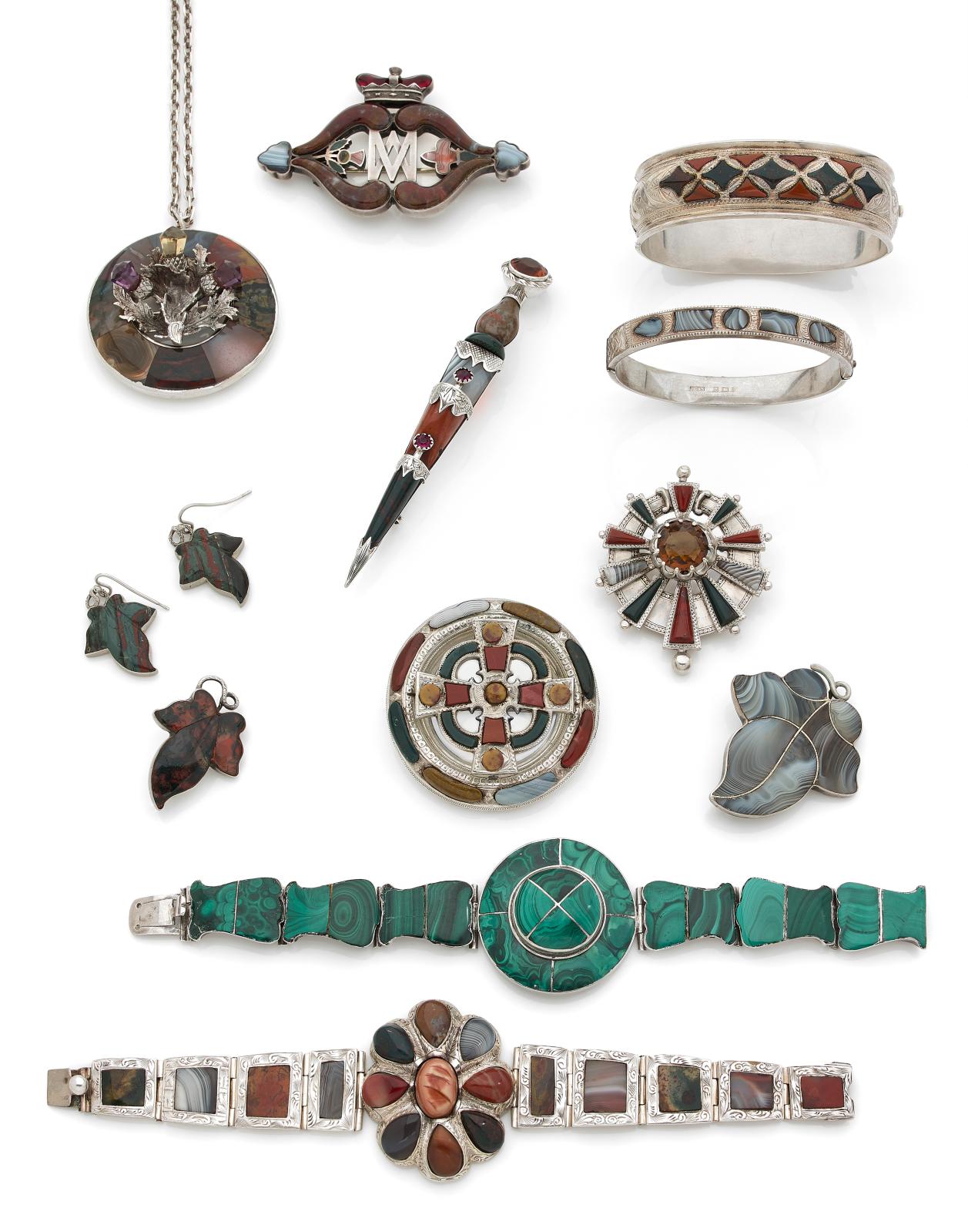 Scotland slumbered, wreathed in mist, at the beginning of the 19th century, and it was not until the appearance of Sir Walter Scott's historical novels and Queen Victoria's purchase of Balmoral Castle in 1848 (which became the family home for her tribe) that the land of legend returned to the forefront. The sovereign frequently stayed in her new residence, noting in her diary that here she could "forget the world and its sad turmoils." She restored what its worthy forefathers had forbidden: the castle was now decked out in tartan and thistle motifs, the prince began to wear the kilt, and dinner was played in to the sound of bagpipes. Her enthusiasm set a trend for visiting the Highlands and as a result, the railway line was extended from Aberdeen to Ballater in 1861.

Braveheart
Jewellery was a firm part of Scotland's ancient past, as its craftsmen produced special brooches for holding the plaid on the shoulder and fastening the kilt. Mounted on pins, these were shaped like miniature daggers (dirks), swords (claymores) or traditional Celtic emblems. Jewellers, as excellent salespeople, were quick to see the appeal of these little symbols for tourists, and began making copies designed as travel gifts, embellishing them with hardstones from regional deposits full of amethysts, citrines, jasper and agate. Demand was so high that Edinburgh couldn't keep pace. The production centre was moved to Birmingham, and jewellery was even sent to Germany to be set with various stones and coloured glass paste before returning to Britain for sale. A real fashion was established. Such pieces are rare in the French market, but Madame X assiduously tracked them down and managed to assemble a splendid collection. It won't reach the stratospheric heights of great jewellery, but fans will savour the charm of a tradition mingled with the history of a proud land. Brooches, pins, pendants, earrings and bracelets are all expected to make a few hundred euros each. The pieces revive the memory of Queen Victoria – for in 1843, for their third wedding anniversary, Prince Albert gave his young wife a gold brooch in the shape of a crowned heart decorated with garnets, amethysts and fine pearls from Scotland: a "Luckenbooth", or love token. This comes from a very old word combining "lock" and "booth", a 16th century name describing the small shops run by Edinburgh jewelers. There is a model of one in this collector's trove. She certainly nurtured a taste for things with a difference, and was also interested in faceted steel jewellery imitating marcasite: another source of highly original pieces.

BIJOUX, MONTRES, VINTAGE
Salle 12 - Drouot-Richelieu - 9, rue Drouot - 75009
Ader
Info and sales conditions
Catalogue
Salerooms
News feed
See all news
Parisian auctioneer François Tajan dies, aged 57
Original Flash Gordon comic strip to be auctioned in LA
A masterpiece by Sanyu to be auctioned at Drouot
Donation rebuke for the Los Angeles County Museum of Art
Not to be missed
Pre-sale
Watch out for these!
A Parisian collector assembled this set of thirteen timepieces over…
Pre-sale
Back to nature
Combining spontaneity and sophistication, this work by Léonard Foujita…
Pre-sale
A snuffbox from the Empress Josephine
Given to the Comte de Barral by the Empress, this snuffbox promises…
Pre-sale
Botanical precision
An orchid brooch in gold and enamel from Tiffany & Co, late 19 th…