Mankind's most magnificent conquest was Alfred de Dreux's chief source of inspiration. A passionate horse lover, the artist celebrated them with some of his finest works. 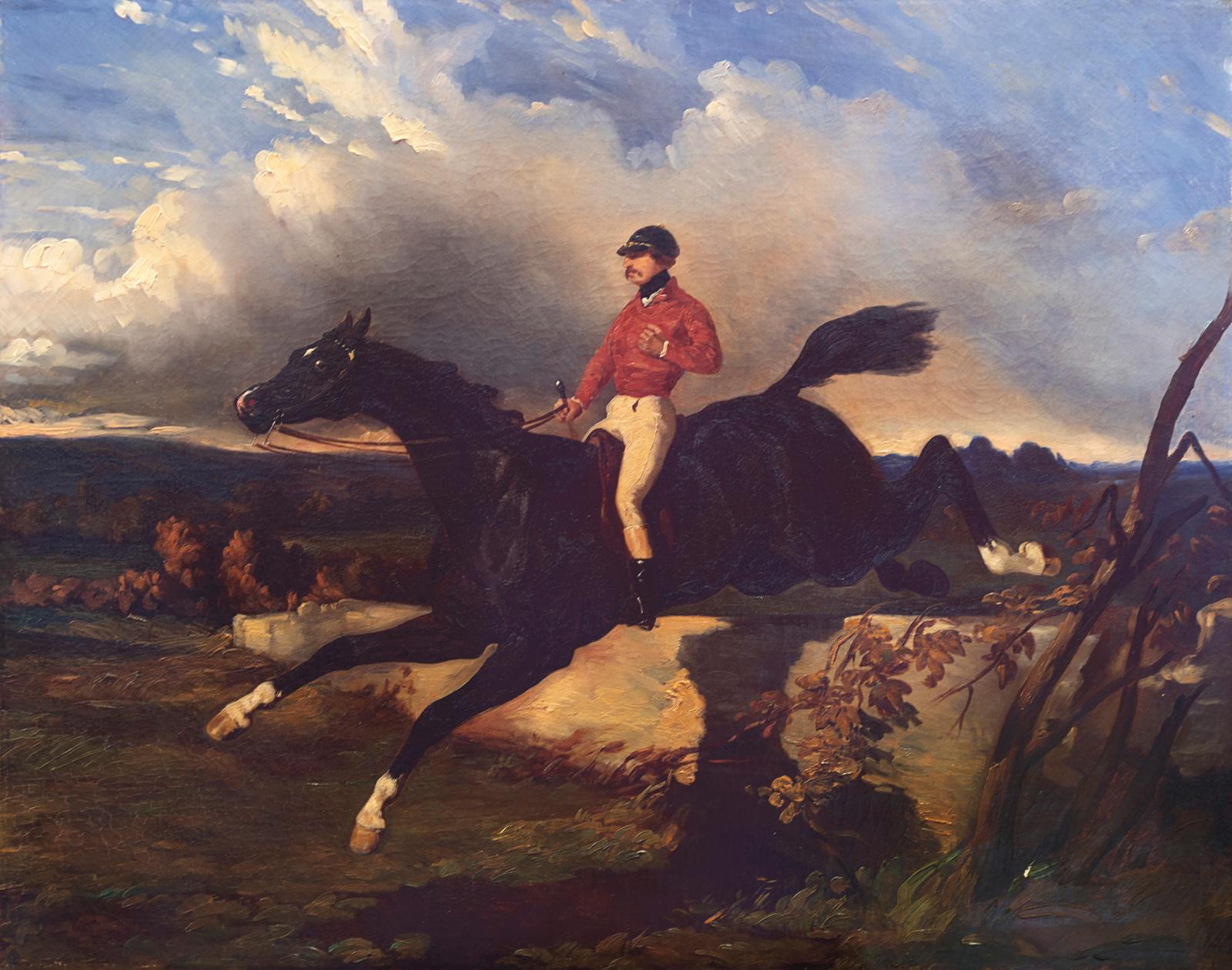 Dashing along in a mad race, the rider and his thoroughbred brilliantly clear the jump. Like many of his compatriots, Alfred de Dreux was a keen admirer of horses and horseracing. The fashion crossed to France from England in the late 18th century, and was first adopted by the aristocracy, then by a rising middle class eager to demonstrate their membership of high society. Alfred de Dreux developed a liking for horses early on, particularly through the influence of a family friend: Théodore Géricault. He met the artist in Rome, where his father, Pierre-Anne Dedreux, who won the Grand Prix de Rome in architecture in 1815, was living with his wife and children at the Villa Medici. An artist of precocious talent, Alfred began taking lessons at only 13 with Géricault and then with Léon Cogniet. He first exhibited at the Salon in 1831, when he was 21. A year later, he painted an equestrian portrait of the Duc d’Orléans, the son of Louis-Philippe, to whom he was close. He travelled with him to England, where he built up a loyal clientele. Several 20th century painters are featuring alongside Alfred de Dreux in this sale, including the Japanese-born artist Léonard Foujita with two drawings: one in Indian ink and wash of 1956, Portrait d’une petite fille (Portrait of a little girl) estimated at €20,000/30,000; the other a preparatory sketch for the same work (€4,000/5,000).