Cartier's "Crash" watch is legendary for not only an extraordinary shape making it a real work of art, but also its mysterious origins. 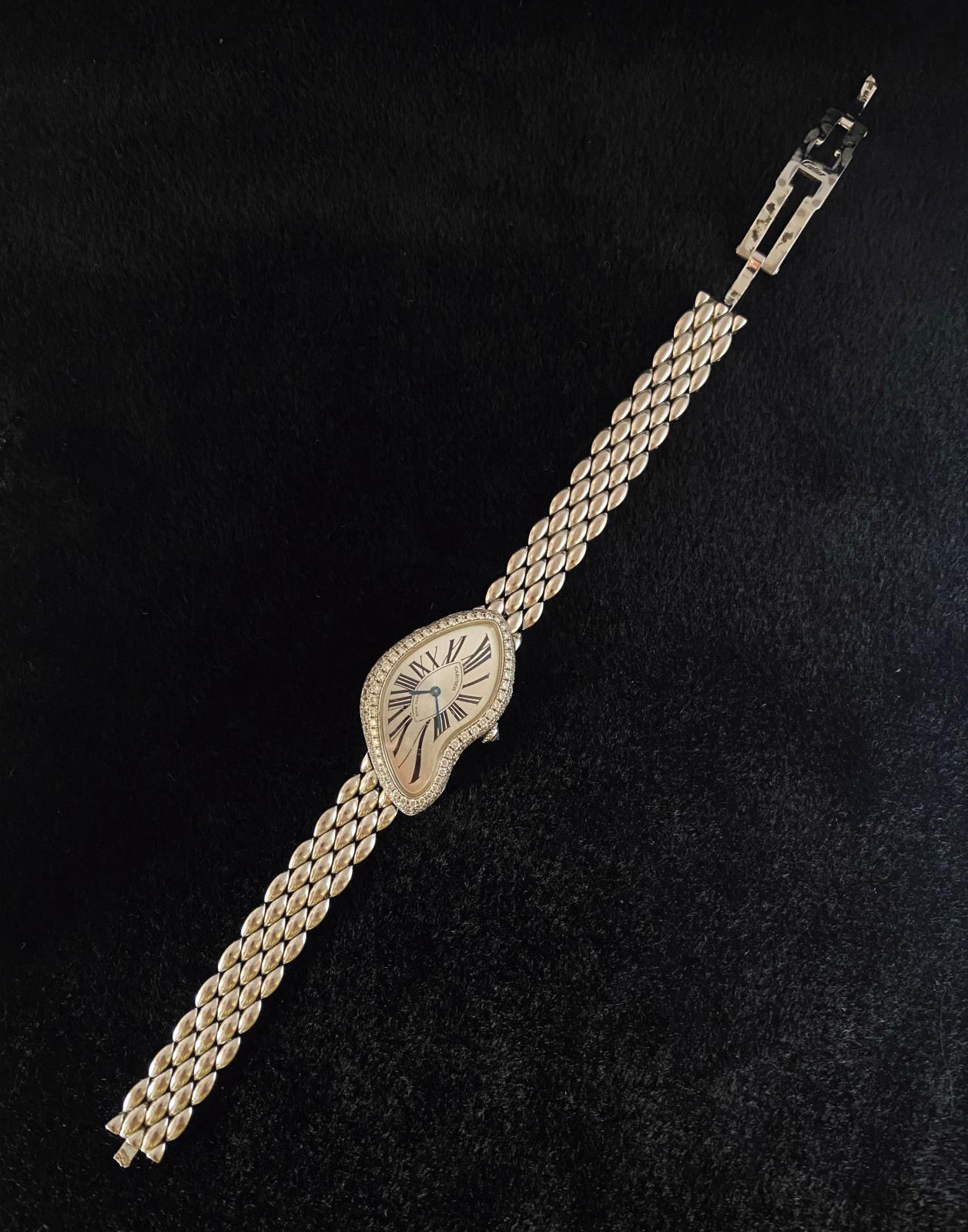 The model of this unique watch was created in the late 1960s in the London offices of the jewelry firm then headed by Jean-Jacques Cartier. Following in the footsteps of his illustrious grandfather Louis, he was particularly attentive to the forms of his products. Before Cartier, all watches were round. Now the company came up with models like "Tank", "Tonneau" (barrel), "Tortue" (tortoise) and "Baignoire" (bathtub). But the "Crash" is still the most original of them all. The idea for this unstructured shape was inspired by a broken watch brought to the Bond Street store by a customer after a car accident. The story found a particular echo at a time when many stars of film and literature were meeting their deaths on the road, like James Dean and Albert Camus. Or perhaps the influence of Salvador Dalí's famous "soft watches" played a part. In any case, this somewhat crazy watch, created in 1967, soon found a clientele in the psychedelic London of the time, and then all over the world. Its international status was boosted by its inclusion among the Cartier "Musts": models of the brand that are always reissued.

bijoux, montres, monnaies
Dax - 2-4, avenue Georges-Clemenceau - 40100
Landes Enchères
Info and sales conditions
Newsfeed
See all news
Southbank Center to Display Art by Brits Isolating due to Covid-19
Concept and Artists Announced for its 2021 Edition of Steirischer Herbst
6,000 Visitors for the Drawing Now Alternative Fair
Women’s History Museum Gains Representation by Company Gallery
Not to be missed
Pre-sale
Eugène Delacroix: An Impassioned Believer
Eugène Delacroix (1798-1863) was deeply attached to religion and…
Pre-sale
The Strasbourg Jugendstil from Oberlé to the Treser …
Art Nouveau or Art Deco ? It is hard to say, since this silver bowl…
Pre-sale
Olga de Amaral’s Textiles: Halfway Between Colombian…
Rare on the European market, the work of Colombian artist Olga de…
Pre-sale
The Broken Lines of Designer Eugène Printz
This striking commode, with its suspended body and brass volute…