This late 12th-century Virgin and Child from Auvergne once served as a reliquary. Works of this kind and from this period, complete and carved by a single hand, are extremely rare 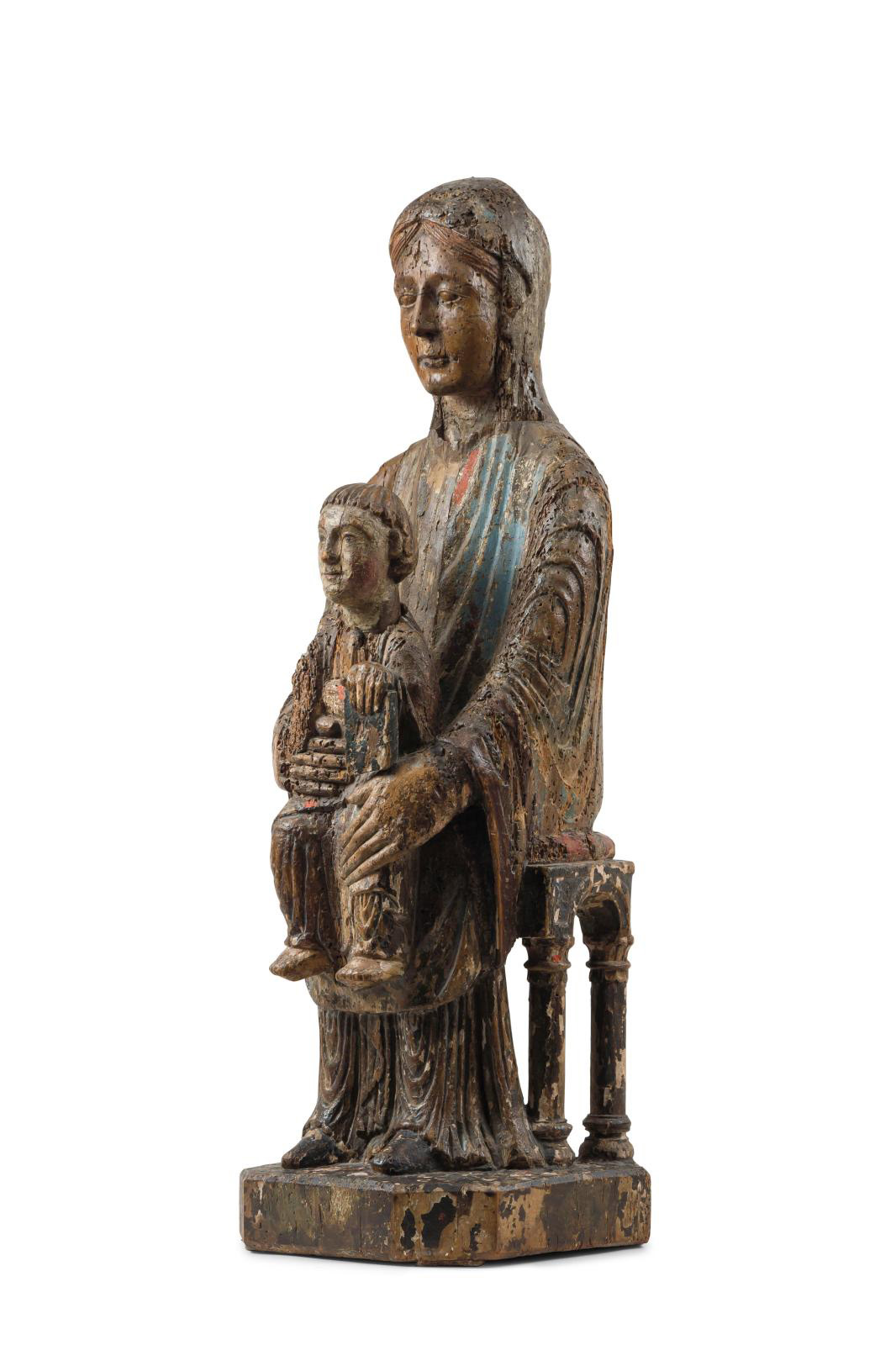 This statue of Mary sitting on a thronelike stool holding the Christ Child on her lap is more spellbinding than beautiful. The hieratic depiction is known as a Throne of Wisdom or sedes sapientiae, in which Mary is presenting her son, who has come to save the world from sin, to the viewer. This arrangement expresses the perfect intermediary, establishing a link between God and man. Here the Son of God is wisdom incarnate. The Word is symbolized in the book held by the Christ Child, whose head (redone in the 14th century) is removable and can contain relics. The Virgin is carved from a single piece of walnut. A hint of a smile seems to be crossing the child’s face, while his mother’s expression is stern and solemn. Her eyes do not meet those of the believer who come to pray before her, but her gaze looks out beyond. She is very different from the tender, nursing Virgins of the Renaissance.

The arches that make up the throne, hieratic position, frontality of the Child, chain-like folds of the drapery, the band of hair protruding out from under the veil, large hands resting on the Child’s knee and torso, overall structure and polychrome are typical of sculptures from Auvergne. The work may be from the same studio that made the Claviers Virgin in Majesty in the church of Saint Bartholomew in Moussages in the Cantal—one of Auvergne’s most beautiful Romanesque Virgins, which statesman and writer André Malraux called the eighth wonder of the world. With references such as these, our sculpture, which has been in a Parisian collection for a long time, is likely to arouse interest from the international market.