This very late painting is the crowning achievement of the Cubist artist's atypical and profoundly personal work. 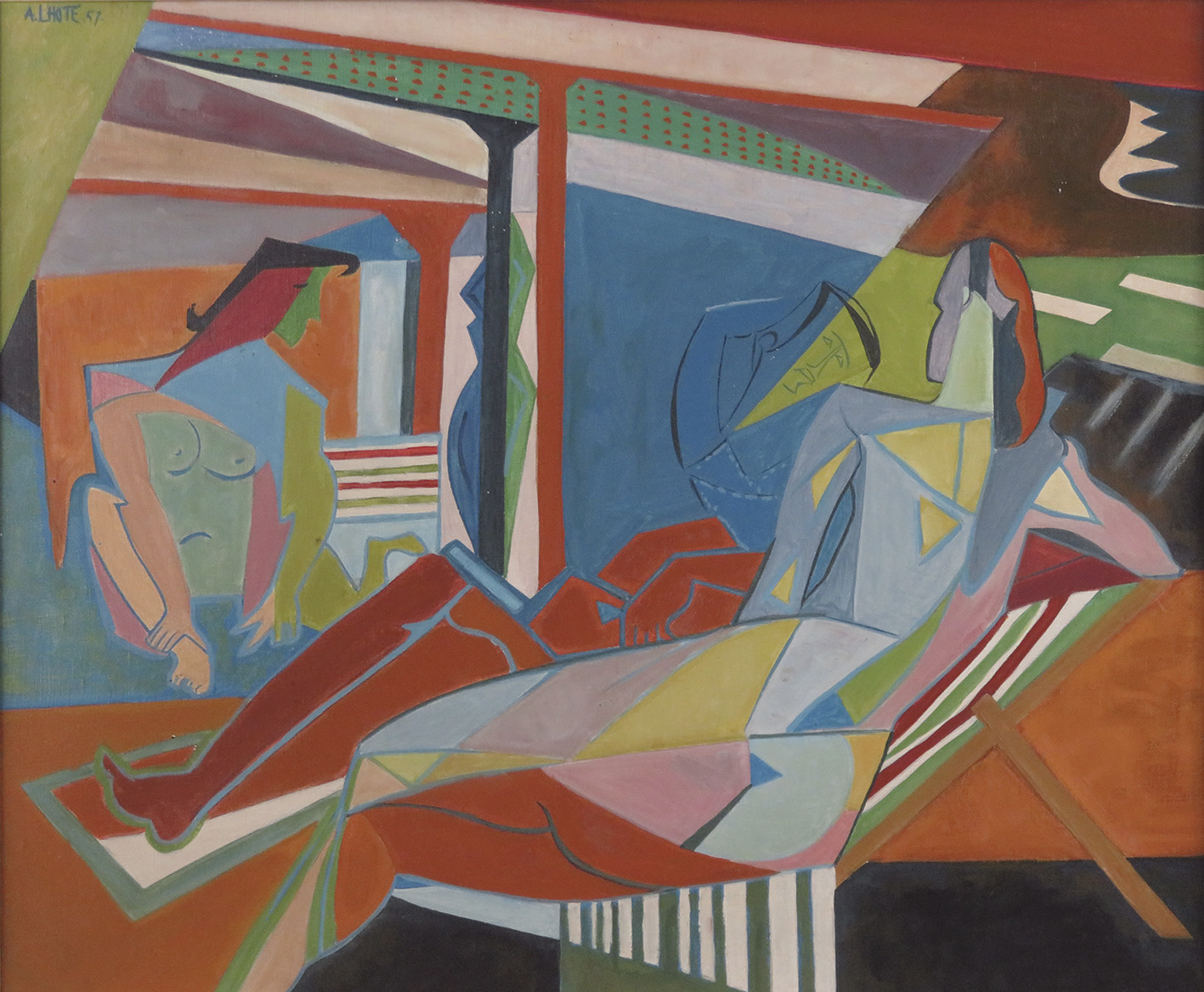 In 1957, the year when André Lhote painted this picture, the Union des Arts Plastiques paid tribute to him. The Bordeaux artist's talent was now fully recognised, and a major retrospective of his work was staged soon afterwards, in 1958, at the Musée National d’Art Moderne de Paris. As we can see with this composition of two nude women lazing on a kind of patio, Lhote adhered to a relatively classical Western pictorial tradition, while exploring his own formal interpretation within the Cubist movement. As he said, "Nothing creative comes about by breaking with what went before." What sparked his calling was a visit to the Louvre in 1900 while he was staying in Paris with his parents. At that period, he was simultaneously studying sculpture in his native city, Bordeaux, and decorative art at the École des Beaux-arts. Lhote discovered Gauguin's work with the collector Frizeau, who became his patron. He finally decided in favour of painting, and moved to the capital in 1907. Five years later, he began exhibiting with the Cubists, while retaining his specific pictorial qualities: maintaining comprehensibility, rigorous composition and classical subjects. Not to mention his strong colours, reminiscent of the Fauves; and particularly of Henri Matisse, with whom he shared a bent for the decorative.