A Landscape’s Solitude Captured by Buffet

Ubiquitous Bernard Buffet (1928-1999) is back with an urban painting from 1970. This work ushered in a period when he abandoned the human figure. 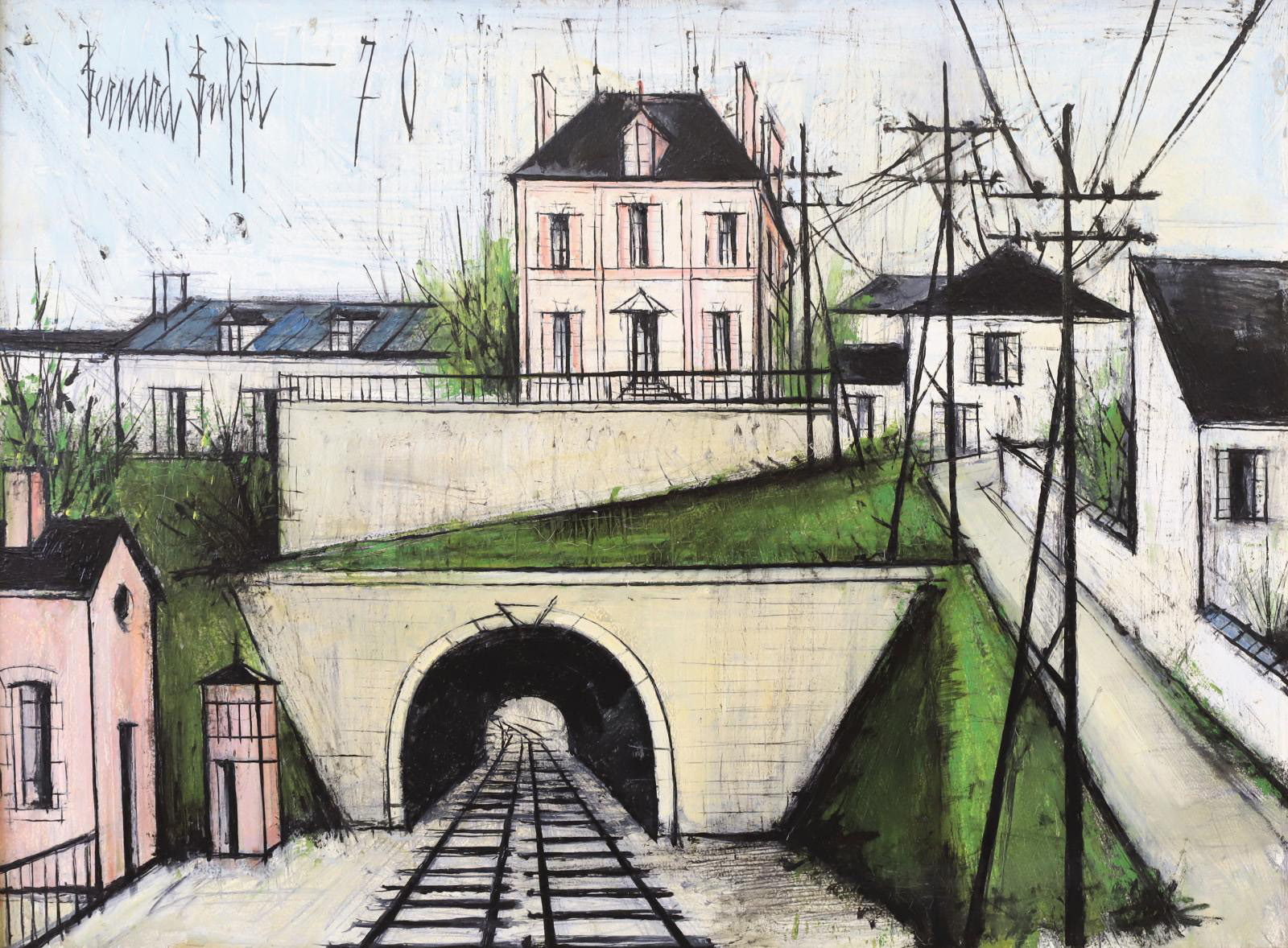 In the late 1960s and early 1970s, Buffet split his time between Brittany and Paris. By then the artist had reached a calm state of mind that he enjoyed expressing in all kinds of landscapes, from the seaside to Parisian monuments and simple views of suburban towns. This work depicts a morning commuter train traveling through a tunnel, treated here like any other landscape feature worthy of interest. Buffet brought his own vision of art and life to an age-old traditional genre. His crisp black lines create perspective, and a few colors emerge to relieve the setting’s sobriety.

In 1953 poet Louis Aragon wrote Le Paysage a quatre siècles et Bernard Buffet vingt-quatre ans (The Landscape Is Four Centuries Old and Bernard Buffet Twenty-Four), an article in Les lettres françaises (The French Letters) about the brilliant artist who revolutionized landscape painting. In 1945 the 17-year-old, scarred by the war and his mother’s sudden death, decided to earn a living as a painter. Working in the maid’s room of the family apartment on rue des Batignolles in Paris was the start of an intense career that led to his becoming one of the postwar period’s leading figurative artists.

Buffet learned drawing from Paul Darbefeuille on the Place des Vosges in Paris and at Eugène Narbonne’s Beaux-Arts studio. Defying the prevailing doctrine, he adhered to artistic tradition but renewed the genre by expressing the harshness of human existence with a certain coldness. Do his seemingly serene landscapes devoid of any human presence inspire sadness and solitude?