An artist to the tips of his moustache

Coming from the Mafalda Davis estate, this 1950 drawing illustrates Salvador Dalí's humour as well as the character the Catalan artist invented for himself. 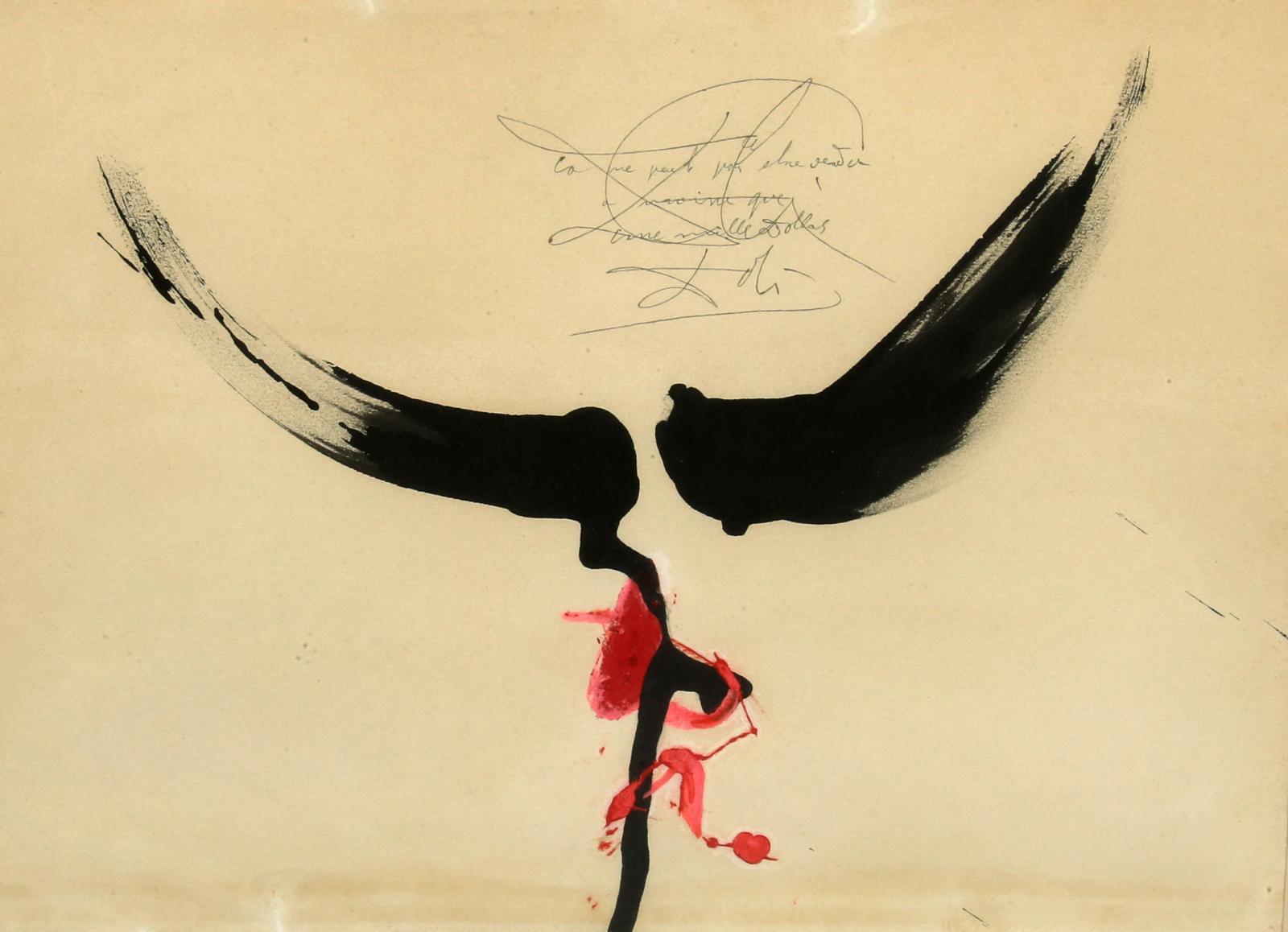 A former lady-in-waiting to King Farouk's consort, Queen Fawzia, Mafalda Davis was one of those people who perceived all Salvador Dalí's potential from both the artistic and financial points of view. During the 1960s, with support from the artist's companion, Gala, she commissioned several pieces of jewellery and other "spin-off products" from him – ties, postcards and perfumes – to flood out department stores with them. The artist's reputation was then at its zenith, mainly due to the prolific years he had spent in the US. A refugee across the Atlantic during the Second World War, the Spanish artist exhibited at the MoMa, published his autobiography, made films and met the most influential figures of the time, from Jean Gabin to Helena Rubinstein by way of Alfred Hitchcock, for whom he designed film sets. The rush for money and the creation of the artist-star's cult image finally set Dalí at odds with the Surrealist group led by André Breton. His moustache became an iconic feature of the figure he constructed for the public – as witness this drawing, on which is written "ça ne peut être vendu à moine que une mille dollars" ("Not to be sold for less than a thousand dollars").

bijoux et montres, tableaux, mobilier et objets d'art
Biarritz - Hôtel du Palais, 1, avenue de l'Impératrice - 64200
Biarritz Enchères
Info and sales conditions
News feed
See all news
Planning for new museum dedicated to Le Corbusier begins
Virginia Museum of Fine Arts receives gift of over 8,000 Aaron Siskind photographs
Banker sentenced to jailtime for trying to smuggle a Picasso out of Spain
Domaine Royal de Marly museum, the Sun King’s hideaway, reopens
Not to be missed
Pre-sale
A new Ribera on the market
After Cimabue, Artemisia and the Master of Vyšší Brod, Paris is…
Pre-sale
The world revealed at last
This composite atlas printed in Nuremberg between 1753 and 1759…
Pre-sale
Picasso and the Minotaur
Through a complex iconography, Pablo Picasso exorcises his angst…
Pre-sale
The Brölemanns, Lyon bibliophiles
Kept in the same family until today, 260 works attest to the bibliophilic…