Precious Memories of Napoleon I

An outstanding group of about 30 lots presented by the Crédit Municipal de Bordeaux will conjure up the emperor’s memory. 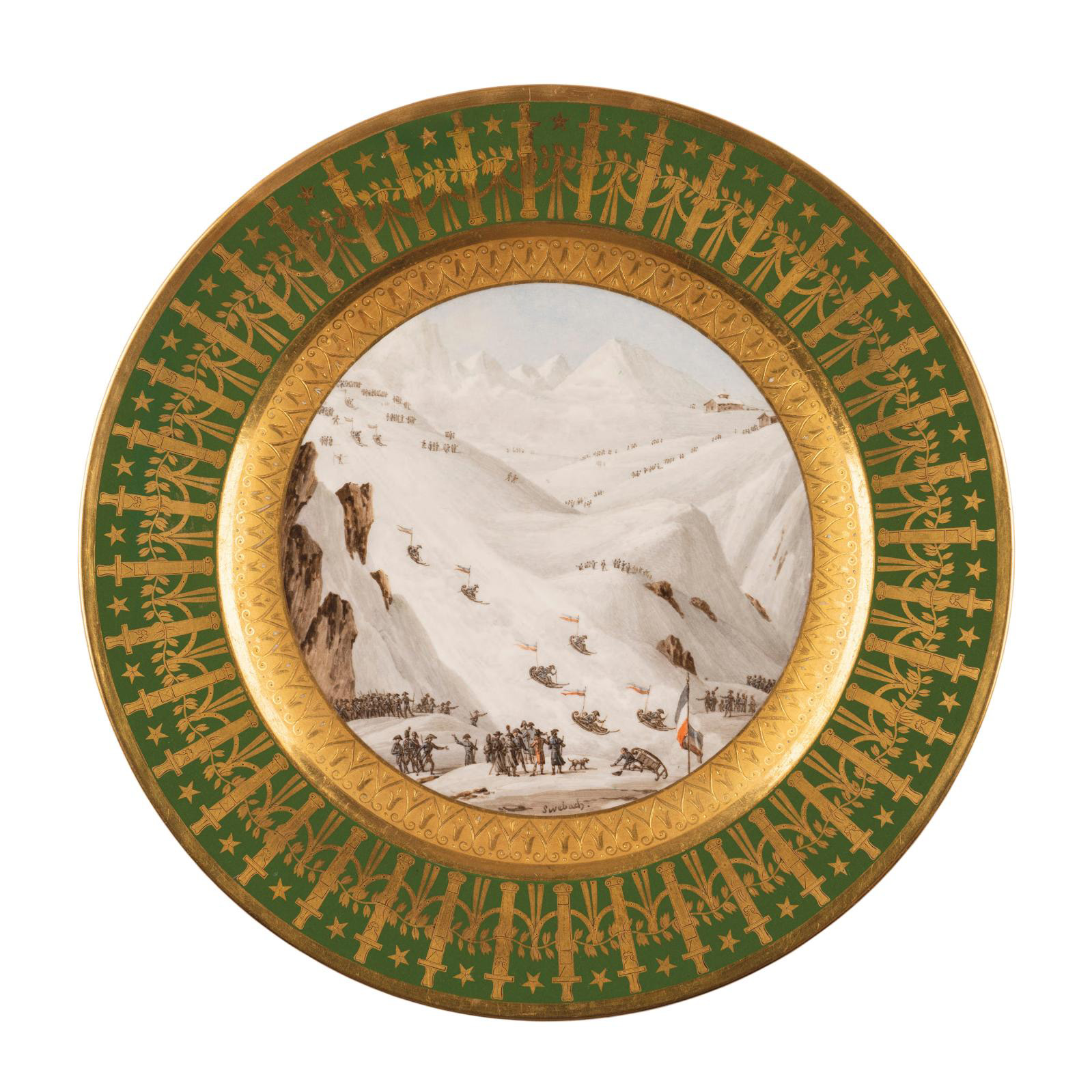 Jewelry and porcelain will stand out in this group, especially the ring of Queen Hortense (1783-1837), Josephine’s daughter, Napoleon I’s daughter-in-law and King Louis Bonaparte of Holland’s wife. Made in 1810, its "H" adorned with diamonds and blue enamel will surely attract attention (€35,000/40,000). A Sèvres dish from one of the emperor’s largest porcelain commissions, the "Quartiers généraux" service, will make an impression due to its unique decoration and provenance. Made up of 72 dessert dishes, the service was actually part of a larger one, the "service particulier" made for Napoleon in October 1807 to replace the previous two that graced the imperial table—the "olympique" and the "zones d'or" services, which he gave to the czar of Russia and the Caulaincourt embassy in Russia, respectively. He commissioned the Sèvres Manufactory to make over 200 pieces divided into four groups: a first-course service, a dessert service, a centerpiece in biscuit and a tray, all for the sum of 65,449 francs. Napoleon was particularly fond of this set, which he brought with him into exile on Saint Helena.

Each dish features a different décor based on the themes of Napoleon’s great military campaigns, imperial residences and major public works, including 28 that were undertaken by the emperor himself. Alexandre Brongniart—the head of the Sèvres workshop—and Vivant Denon designed the decoration, which was painted by different artists. Jacques Swebach-Desfontaines, assisted by Nicolas-Antoine Lebel and Jean-François Robert, painted 27 pieces, including ours. This porcelain depicts the army at Mont Saint-Bernard on the occasion of the funeral of General Desaix, who died heroically at the Battle of Marengo on June 14, 1800. Some of the soldiers are seen sledding, others skiing. The service was delivered in March 1810, just in time for the wedding of Napoleon and Marie-Louise.

Print the article
Newsfeed
See all news
Estate of Karl Lagerfeld is Going to Auction
Restitution, Nepal Seeks to Reclaim its Heritage
In Aubusson, the Cité internationale de la tapisserie Is Thinking Bigger
Tempera Work by Mark Tobey Approaches the Million Euro Mark
Not to be missed
Pre-sale
Jacques-Laurent Agasse and the Challenges of …
Jacques-Laurent Agasse, a brilliant animal painter, was born in…
Pre-sale
A Japanese-Inspired Clock
This particularly decorative clock illustrates the late 19th-century…
Pre-sale
Willem de Kooning, the Rejection of Styles
Unlike abstract expressionist painters, Willem de Kooning never…
Pre-sale
Emile Gallé, the Virtuoso Art Nouveau Gardener…
The thistle was one of Emile Gallé’s favorite themes. That should…