When Camille Claudel sculpted with her soul

Made when she separated from her mentor Auguste Rodin, this moving sculpture was intended for her important group L’Âge mûr (The Mature Age). 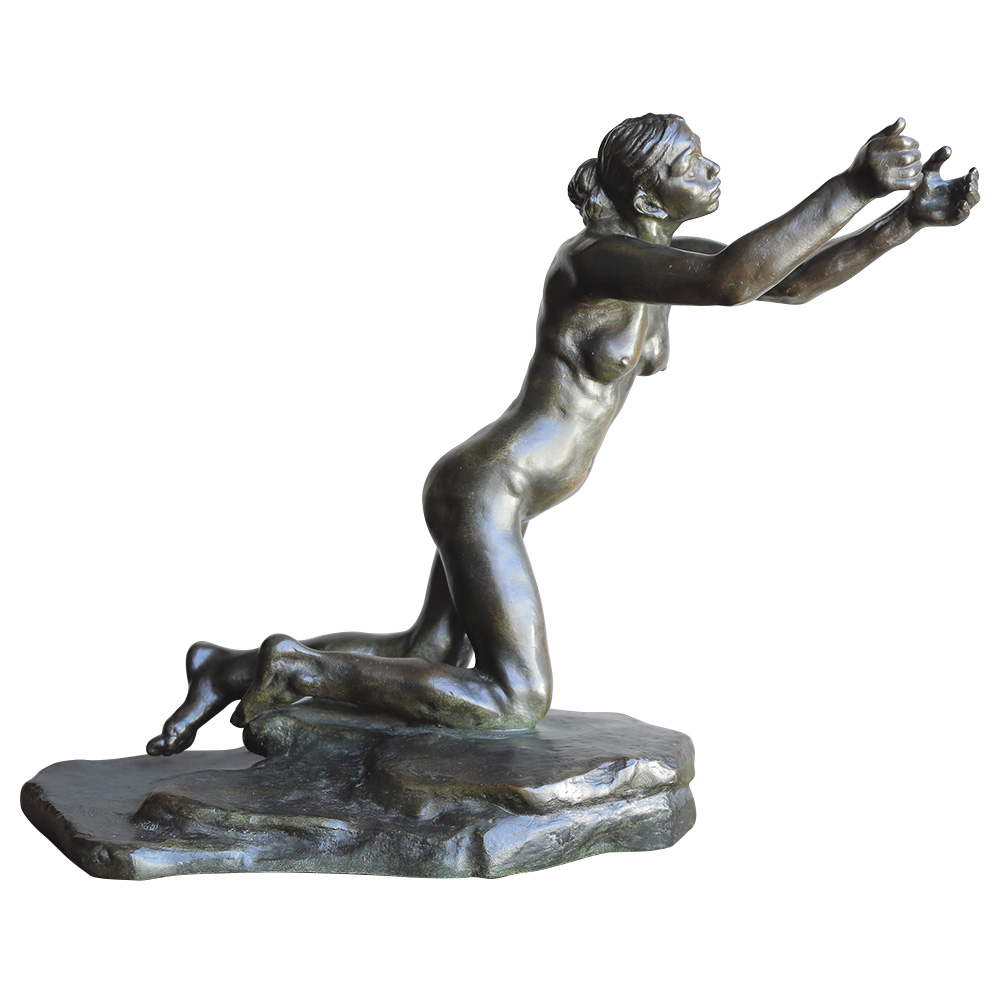 Cast by Eugène Blot in 1905 and 1937, this bronze, L’Implorante (The Implorer), is based on a model created in the 1890s. The kneeling, naked woman stretches out her arms in an intense prayer; her face expresses pain, as does her whole body, especially her back, where every vertebra, every clavicle bone protruding under the skin, can be perceived. It is often said that Camille Claudel (1864-1943) was a highly emotional artist, working from her own feelings. This bronze is one of the most beautiful examples of that: a deeply expressive work typical of her early career when she was still under the influence of her mentor and lover, Auguste Rodin (1840-1917). In 1932, Blot said of this model: "One day when Rodin was visiting me, he suddenly stood still in front of this portrait, contemplating it, gently caressing the metal and weeping..." Rodin could not forget the context of its creation. L'Implorante belonged to a highly autobiographical group called L'Âge Mûr, which represents Old Age trying to wrest a mature man from Youth—a metaphor for destiny, but also easily interpreted as a reflection of the couple’s stormy love affair. Rodin eventually went on to marry Rose Beuret. Claudel worked on this piece from 1894 to 1898, after the couple broke up. Wanting to help his muse despite their break-up, Rodin negotiated with the director of Beaux-Arts to obtain a commission from the State for her. Exhibited at the 1899 Salon, but rejected for the Paris Exposition the following year, the plaster was never delivered, nor the bronze cast. A private individual, Captain Teissier, acquired the first iron cast, which was delivered in 1902. Blot, deeply moved by the kneeling female figure, acquired the rights to cast 10 numbered copies in its original 69-centimetre size from 1905 onwards. He also planned to reduce it to 29 centimetres, initially to be cast in 100 bronze copies, but eventually limited to 59.