Collectors patient enough to wait until mid-afternoon will be rewarded with two pieces by JAR and Mellerio. 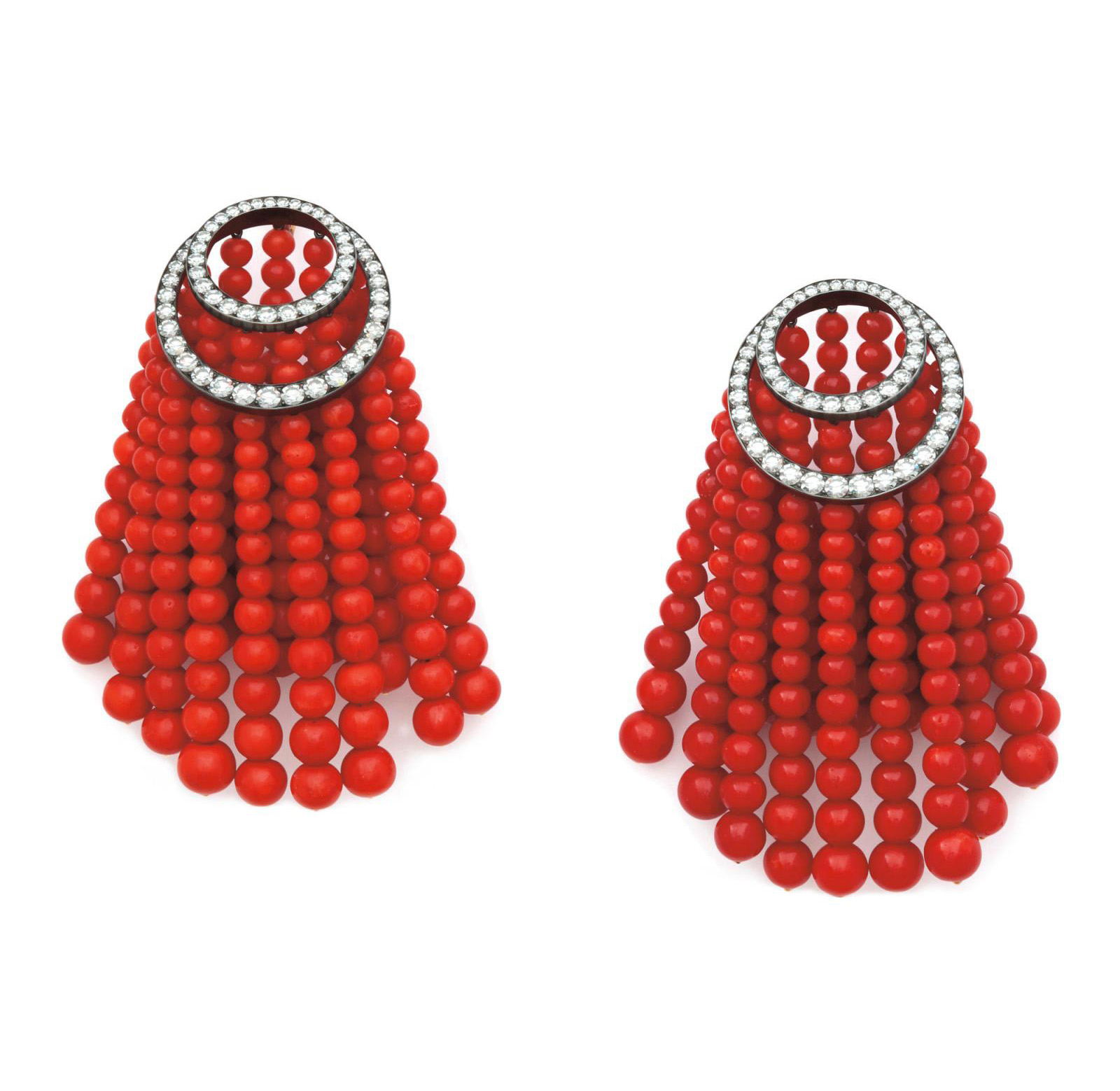 In addition to the prospect of a splendid bidding battle, these two jewelry items have their youth in common. The most sought-after is a white-gold transformation evening necklace, composed of several fleur-de-lys set with brilliant-cut diamonds forming a crown, for which you will need €150,000/200,000. It is a one-of-a-kind piece from 2013, numbered and with the "Mellerio" signature.

Founded in 1613 by the royal decree of French Queen Marie de' Medici, the Italian company Mellerio dits Meller moved permanently to Paris in the early 19th century: a judicious decision that led to growth and success, chiefly thanks to Empress Josephine, who regularly purchased small objects to give as gifts and brought in her wake relatives of her illustrious husband. Today, the family story continues with the fifteenth generation, who are members of the Henokiens: an international association of family-owned and operated businesses over 200 years old. This jewelry set, which can be converted into a tiara, is presented in a custom-shaped case.

The other star is a pair of pendant earrings by JAR, aka Joel Arthur Rosenthal, an American who started up his jewelry business in Paris in 1978. Using techniques and materials from the past, he creates highly coveted jewelry with a contemporary feel, using his fine eye as a colorist. One of his trademarks is that he does not advertise his company.

Antique & modern jewelry - Watches
Salle 7 - Drouot-Richelieu - 9, rue Drouot - 75009
Gros & Delettrez
Info and sales conditions
Catalogue
Salerooms
Newsfeed
See all news
White Cube: A film and “reverse gentrification project” in D.R.C.
Pictish Royal Hillfort Excavated in Scotland
Denise Gardner: First Black Woman to Lead Art Institute of Chicago Board
Major Works by Self-taught Artists Given to High Museum of Art
Not to be missed
Pre-sale
A Beautiful Gemstone
As this necklace mounted by Van Cleef & Arpels in the 1950s-1960s…
Pre-sale
The Eclectic Taste of a Senator
Lozère's senator, Paulin Daudé-Gleize, was well ahead in the decorative…
Pre-sale
Oscar Niemeyer: The "Poet of Curves"
Designed in the 1970s, this chair, combining metal and fabric upholstery,…
Pre-sale
Albinus and the Art of the Book
Celebrated for its magnificent illustrations, Bernardi Siegfried…