Albinus and the Art of the Book

Celebrated for its magnificent illustrations, Bernardi Siegfried Albinus's work will be one of the key books in the sale of a Bordeaux doctor's library focused on anatomy. 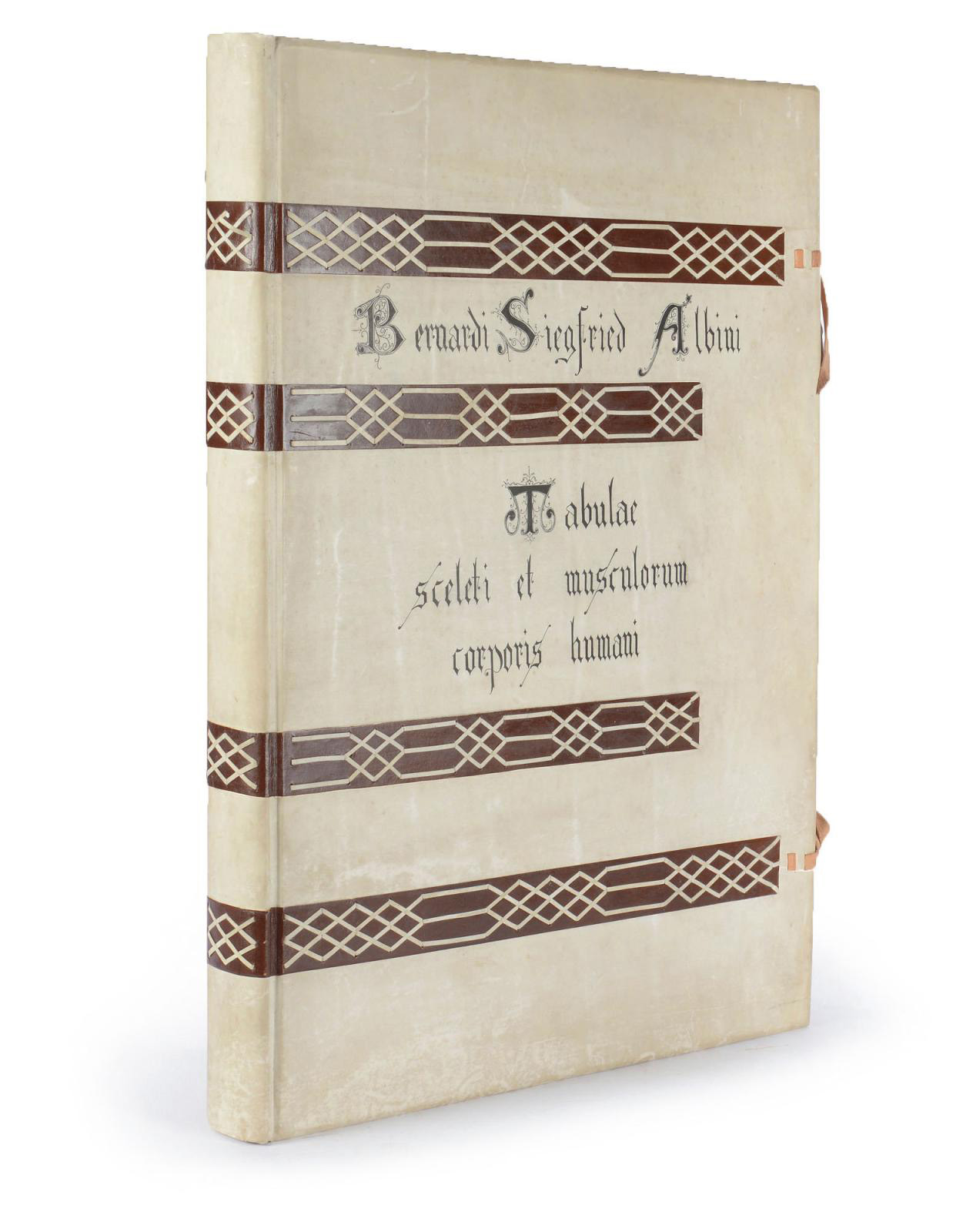 The rise of humanism in the 16th century led to a true revolution in medicine. Everything was conducive to this at the time, including developments in the practice of dissecting the human body—although it was still highly regulated—which enabled anatomists, led by Andreas Vesalius, to refute various assertions that had been made for centuries. Technical practices in medicine also came to the fore, and new areas began to be explored. Printing obviously played a major role in these developments and their dissemination, encouraging new generations of practitioners in search of knowledge, like Casseri and Spieghel in the 17th century, then Gamelin, Gautier d'Agoty and, of course, Bernardi Siegfried Albinus in the 18th.

During this sale, a copy of Jacques Gamelin's Nouveau Recueil d'ostéologie et de myologie dessiné d'après nature pour l'utilité des sciences et des arts (New Collection of Osteology and Myology Drawn from Life for Use with Science and the Arts) will also be presented. Published in 1779 by Desclassan in Toulouse, with 85 etching and mezzotint insert plates by Lavallée and Martin, it has an estimate of €12,000/15,000. These extraordinarily accurate illustrations stage skeletons in fantastic scenes, sometimes evoking the art of Rembrandt or Goya.

Meanwhile, Albinus (1697-1770) produced the volume here, now in a modern vellum Bradel binding, consisting of 115 copperplate inserts engraved by J. Wandelaar, among others, with explanatory texts. This is one of the finest and most important works of its kind, with highly artistic plates that are as arresting as ever—like this skeleton with a rhinoceros, drawn from the first specimen that entered the Amsterdam zoo in 1741. Like Vesalius and Falloppio, Albinus was one of the founders of modern anatomy.

BIBLIOPHILIE - MEDICINE - HISTORY & FINE BOOKS
Bordeaux - 12-14, rue Peyronnet - 33800
Briscadieu
Info and sales conditions
Catalogue
Newsfeed
See all news
White Cube: A film and “reverse gentrification project” in D.R.C.
Pictish Royal Hillfort Excavated in Scotland
Denise Gardner: First Black Woman to Lead Art Institute of Chicago Board
Major Works by Self-taught Artists Given to High Museum of Art
Not to be missed
Pre-sale
A Beautiful Gemstone
As this necklace mounted by Van Cleef & Arpels in the 1950s-1960s…
Pre-sale
The Eclectic Taste of a Senator
Lozère's senator, Paulin Daudé-Gleize, was well ahead in the decorative…
Pre-sale
Oscar Niemeyer: The "Poet of Curves"
Designed in the 1970s, this chair, combining metal and fabric upholstery,…
Pre-sale
JAR and Mellerio: Masters of Contemporary Jewelry
Collectors patient enough to wait until mid-afternoon will be rewarded…