Corot, the Light of Italy

The painting by the inventor of outrenoir might take center stage, but this luminous landscape by Camille Corot is sure to spark a great bidding war. 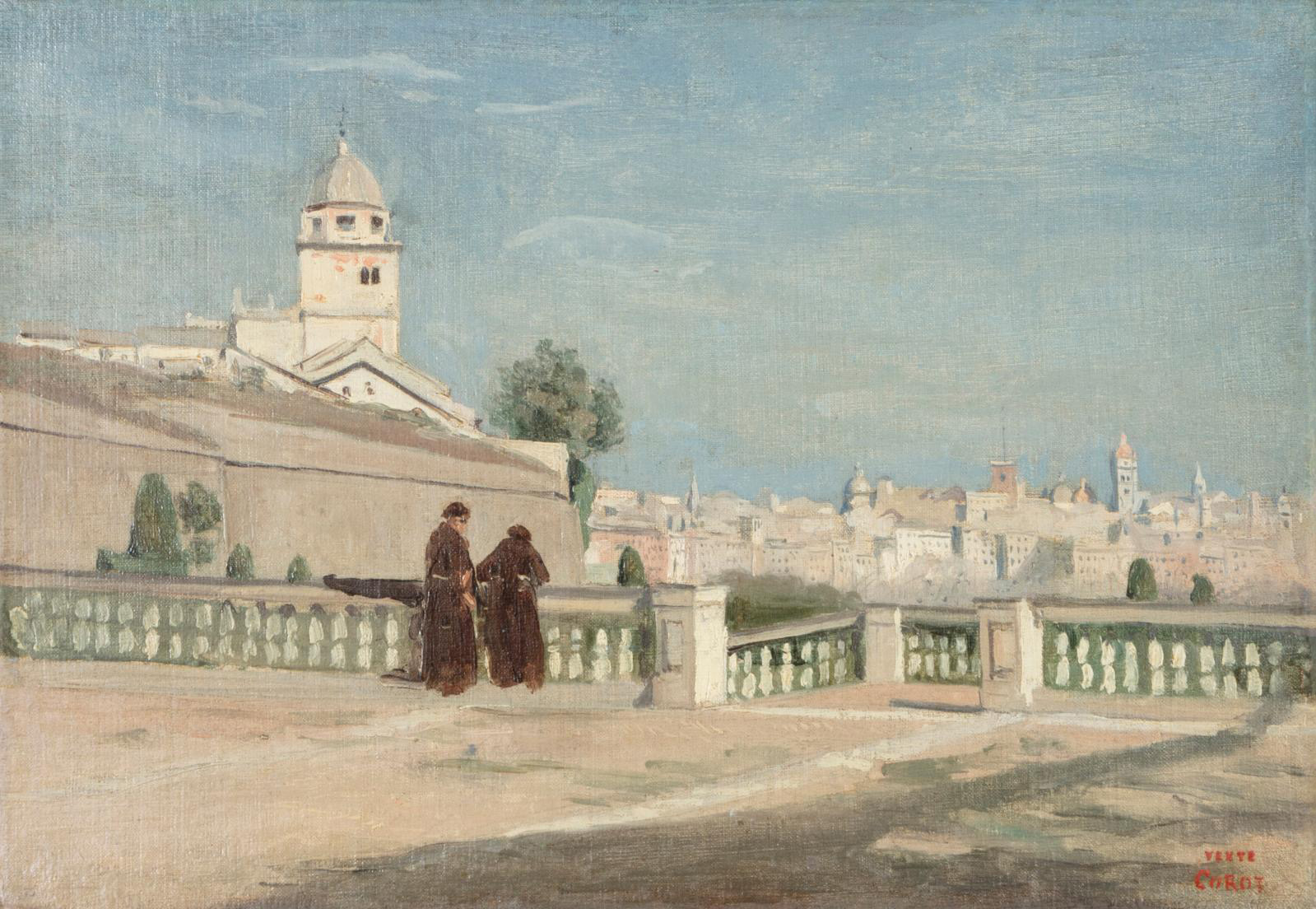 Soulages followed a painter’s classic path: the quest for light, which climaxed in a brilliant painting from 1975. One of his forerunners, Camille Corot, devoted himself to the study of light over time. Since the 18th century, a trip to Italy had been part of any young artist’s training. Corot was no exception. In 1823, just back from the peninsula, he joined Michallon’s studio and was introduced to open-air painting. Two years later, his wish for a three-year stay in Italy came true; passing through Switzerland, he reached Rome in December. The following summer he worked in the Sabine and Alban Hills and, in winter, Tivoli. In 1827 he continued his "painting campaigns". In the following spring he visited Naples and, after a stay in Venice, returned to Paris in the fall. He brought back many studies, using them to paint from in his studio. Sketches made on the spot in Italy were precious tools allowing landscape artists to paint sweeping compositions, sometimes years later.

Corot’s second journey, in 1834, took him to Tuscany, Venice and the Lake Region. “Arrived in Genoa on June 1, 1834, at 4:12 p.m. (hôtel du Petit Paris),” he wrote in one of his notebooks. During his brief stay he painted this picture, which appeared in the sale after his death. On his return, Corot reproduced a composition he had already used in Rome and Florence for the 1835 painting, Vue de Florence depuis le jardin de Boboli (View of Florence from the Boboli Gardens), where two monks converse while admiring a sweeping view of the city. In the Genoa sketch, they stand out against the crystal clear air on the terrace of the Palazzo Doria overlooking the port as wispy clouds float across the cerulean blue sky. Corot painted the city in a range of light beige tones. A sense of peace is combined with harmony, which the Impressionists later echoed. "He is still the greatest," wrote Degas in 1883. "He anticipated everything.”

Beautiful sale of antiques at Soulages
Montpellier - 194, chemin de Poutingon - 34070
Hôtel des Ventes Montpellier Languedoc
Info and sales conditions
Catalogue
Newsfeed
See all news
David Hockney’s Design for the London Subway Is Mocked Mercilessly Online
Mixed-Media Artist Robert Longo to be Represented by Pace Gallery after Metro Pictures Closure
Submissions Open at ETH Zurich for Scholarly and Experimental Articles
Latinx Art Expert E. Carmen Ramos is Appointed National Gallery of Art’s Chief Curator
Not to be missed
Pre-sale
Love Through the Eyes of Boucher and Watteau
The top results of this classic sale could be posted in the early…
Pre-sale
Cartier's "Mystery Clock"
This monumental Art Deco timepiece in rock crystal, onyx and marble,…
Pre-sale
The Style of French Architect Charles Percier
One of Charles Percier's earliest drawings, which he made in Rome…
Pre-sale
Into Outer Space with Kuramata
t his Solaris cabinet with an airy base again proves that lightness…