The Romanticism of Feuchère and Carriès 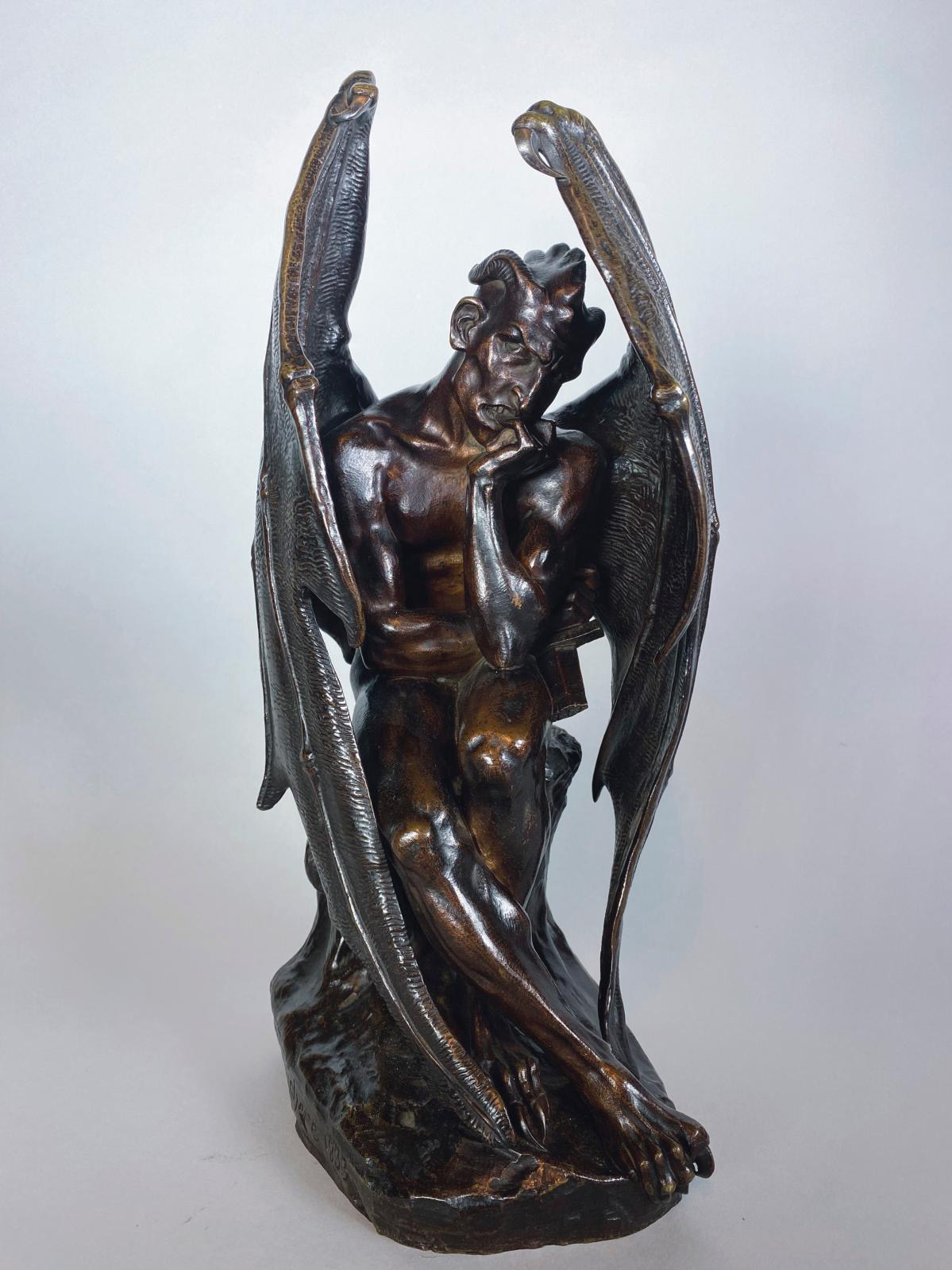 This classic sale will feature two sculptors, deemed masters of the weird, who died prematurely at the height of their fame: Jean-Jacques Feuchère and Jean Carriès. Feuchère is represented by his most famous work, the melancholic Satan exhibited for the first time at the 1834 Salon in its plaster version. The bronze copies started being made the following year. Feuchère depicted the demon as an almost human creature punished for making the wrong choice, whose arrogance brought about his fall. Echoing the 19th century’s Gothic Romanticism, its references are to be found in Dante’s Inferno, Milton’s Paradise Lost and Goethe’s Faust.

Carriès also specialized in fantastic creatures. Monsters, fauns, pustulant frogs and grimacing masks populate his work, but he also sculpted innocent faces, pouring all his talent into transcribing human expressions. Carriès sculpted babies’ heads between 1875 and 1888, the period when he focused on portraits. Portrait d’enfant (Portrait of a Child), a rare old edition cast by Bingen with a nuanced dark green patina, depicts a newborn opening its eyes to the world that has just welcomed him (27 x 24.5 x 18 cm/10.63 x 9.64 x 7.08 in, €9,000/10,000).