A Precious 14th-century Ivory Diptych Made in Paris

This lovely, nearly 700-year-old work is an example of Parisian ivory production and sculpture from the late Middle Ages. 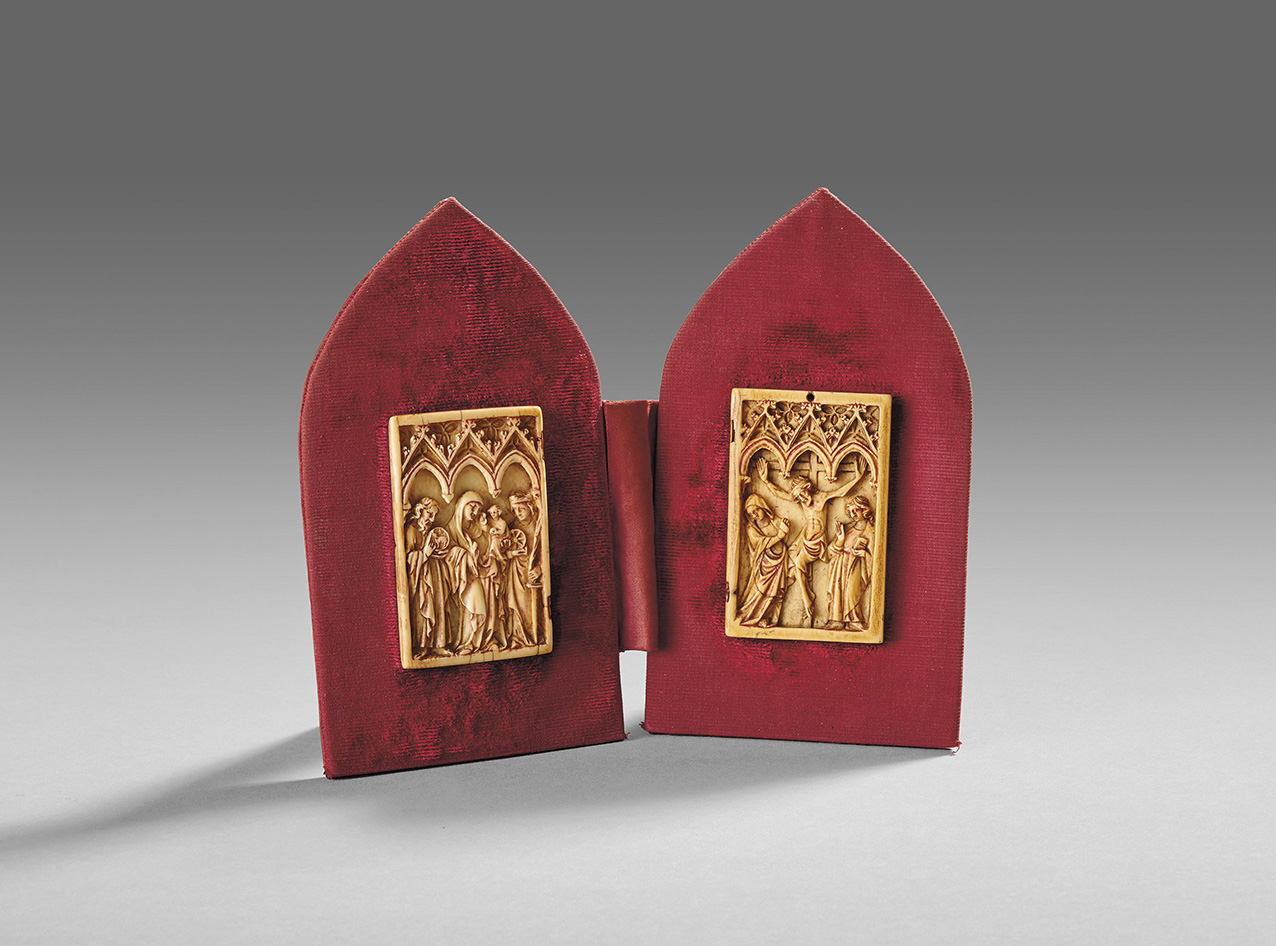 Secular subjects were starting to emerge, but most iconography was religious. Once polychromed (traces of red remain) these scenes, carved in high relief, depict in one panel the Virgin with Child between saint John the Baptist and saint Catherine and the other features the Crucified Christ flanked by the Virgin Mary and saint John. Both panels are crowned by a triple arcade of pointed arches topped with gables featuring crockets and delicate foliate forms in the spandrels.

Slightly earlier than the Mège diptych made in Paris c. 1340-1350 (the Louvre), these miniature sculptures display the artist's skill in rendering the expressiveness of the figures, notably in the depiction of the Virgin Mary (Our Lady of Sorrows) found in our Crucifixion scene, which is similar to the one in the diptych at the Dijon Museum of Fine Arts (inv. CA T 335). The artist was also inspired by statuary, as can be seen in the figures’ swaying postures, the superimposed fabrics’ fluidity and the treatment of the drapery, which falls in tubular folds.