Connoisseurs will have their choice of several manuscripts illuminated in France, including a work by the Coëtivy Master. 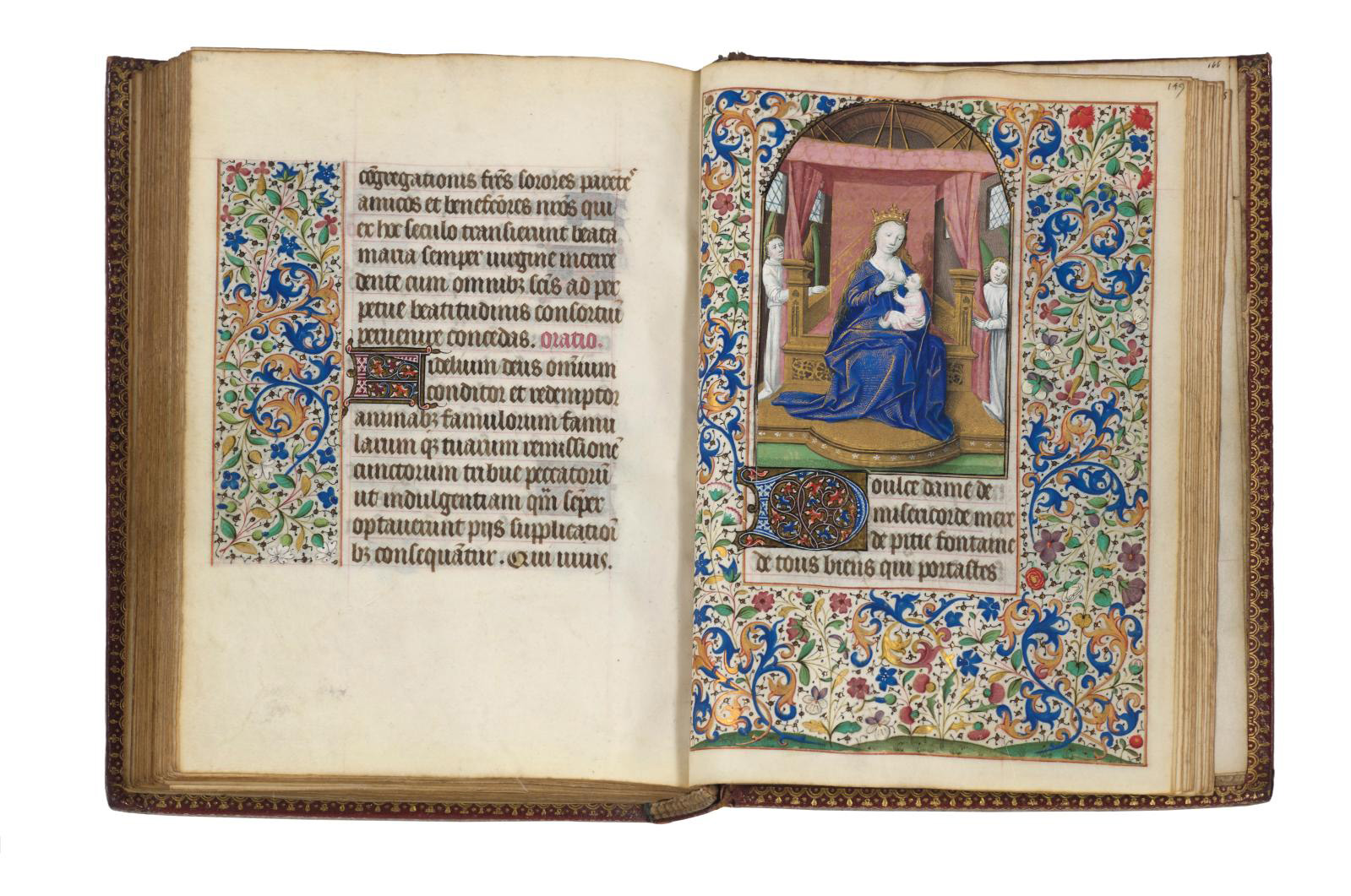 For laypeople a Book of Hours, which combines liturgical texts and illuminations, was essential for private prayer. This sale offers 18 that were intended for use in Paris, Rouen and Rome, the most precious one being the Urfé Psalter (€200,000/25,000). A work intended for use in Rome Rites (c. 1495-1500) by the Master of Robert Gaguin, the Master of the Parisian Processionals and Rouen’s Robert Boyvin and Jean Serpin is expected to fetch €120,000/150,000. The Coëtivy Master illuminated the other Book of Hours, estimated €130,000/150,000 (see photo). It is in mint condition, free of scaling and contains seven large miniatures—a small number explained by the fact that a single painting illustrates the Hours of the Virgin. Nobody will complain: the artist, named for the person who commissioned an illuminated manuscript for Charles VII’s chamberlain, Olivier de Coëtivy, and his wife Marie de Valois, is very famous. Active in Paris between 1450 and 1485, he "can be considered the third-greatest painter of royal France at that time after Fouquet and Barthélemy d’Eyck”, wrote Nicole Reynaud and François Avril in Les Manuscrits à peintures en France 1440-1520 (Manuscripts with Paintings in France 1440-1520, Paris, 1993).

Trained in Flanders and Picardy, the Coëtivy Master may be the same person as Colin d'Amiens, also called Nicolas d'Ypres, son of André d'Ypres, who settled in Paris around 1450. He worked for the Royal Court of France and belonged to a triad of miniaturists including the Master of Dreux Budé (André d’Ypres?) and the Master of the Three Small Hours of Anne de Bretagne (Jean d’Ypres?). The saturated colors, gold hatching heightening the figures’ brightness, soft, round faces and understated decoration date our manuscript to Colin’s earliest years of production (before 1470). He was a "hystorieur et enlumyneur, bourgeois de Paris" who designed patterns for tapestries and stained glass windows and "paintrerie" (painting) for the funeral of Charles VII.

BEAUTIFUL HOURS OF THE MIDDLE AGES AND THE RENAISSANCE: MINIATURES AND MANUSCRIPTS
Salle 2 - Hôtel Drouot - 9, rue Drouot - 75009
Binoche et Giquello
Info and sales conditions
Catalogue
Newsfeed
See all news
Cologne Art Fair Galleries Receive 34% Discount
Preserving and Promoting Industrial Site
Ten Contemporary Artists Present Installations Around Egypt’s Great Pyramids
Plans for Mobile Museum Aboard a €32 Million Catamaran
Not to be missed
Pre-sale
Eugène Printz: A Prince of Art Deco in Casablanca
This collection, unprecedented on the market, was crafted by Eugène…
Pre-sale
L'Équipe Archival Photographs Bring the Olympic Games…
As we await the 2024 Paris Olympic Games, a selection of photographs…
Pre-sale
Memories of the Montmorencys and the Château de la B…
Two views of a château, a miniature by Daniel Saint, old games,…
Pre-sale
An Ode to Ancient Greece by the Sèvres Workshop
The astonishing decoration and rare shape of this Sèvres soft porcelain…