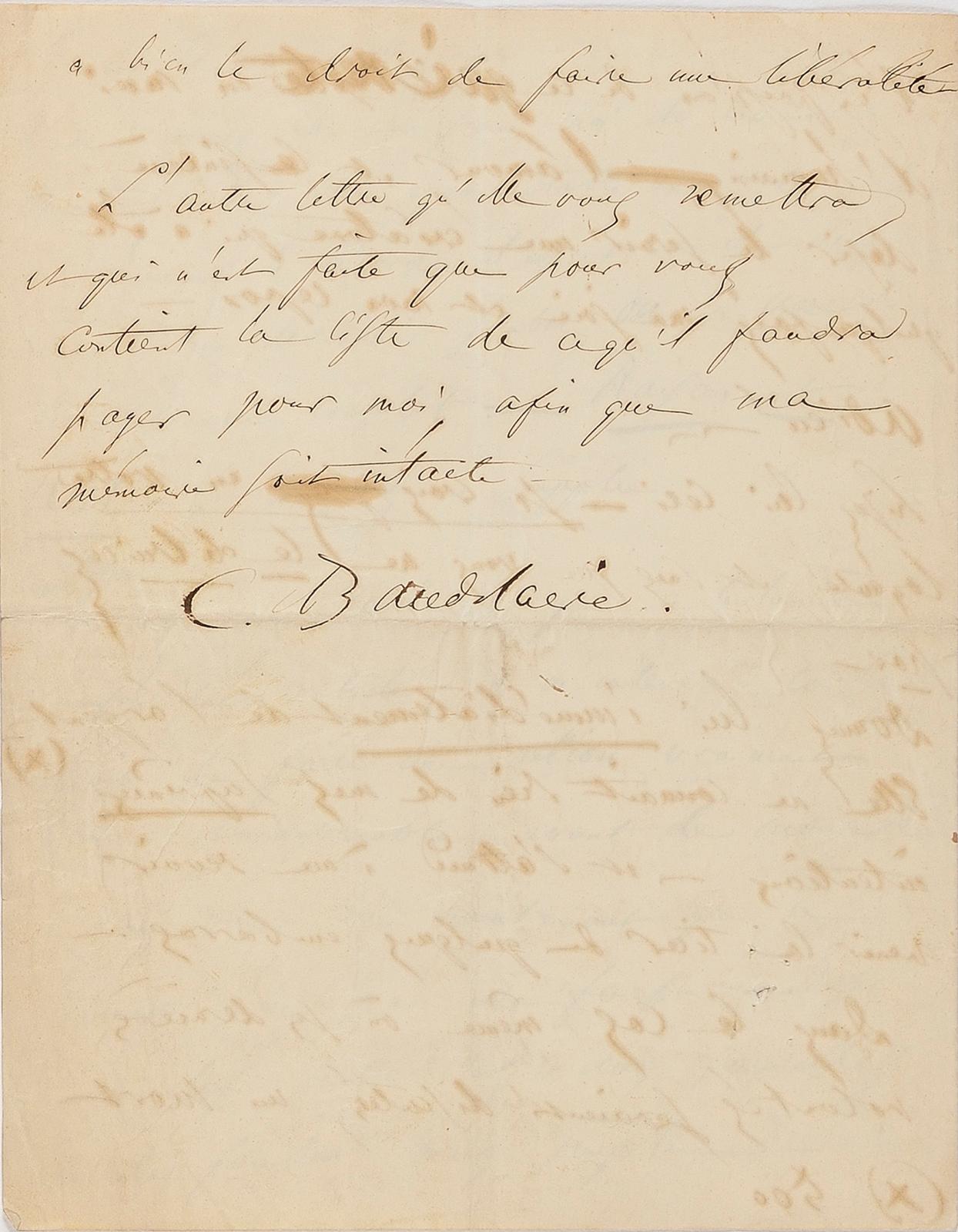 His "suicide note", the most poignant manuscript in a rich collection of documents evoking the accursed poet at Fontainebleau, is both a cry of distress and a declaration of love to his muse, Jeanne Duval. "I am killing myself because I can no longer live." An unloved child whose father died when he was young, profoundly humiliated at being placed under supervision because of his debts, and having little faith in his literary talent, Baudelaire announced his desire to end it all in this letter of 1845. Previously part of the Aupick-Ancelle collection sold at Drouot in 2009, it was displayed in the showcase devoted to the poet by the Musée des Lettres et Manuscrits (no longer open) after it was bought by the Aristophil company. In seven despairing but lucid pages, the poet opens his heart to his legal adviser Narcisse Ancelle, praising the rare quality of his gentle, high-minded spirit and loyalty. While announcing his desire to end his life, he thinks solely of safeguarding the interests of his lover, the only woman he ever said he loved, and whom he wished to make his legatee. "I have only Jeanne Lemer. I have found peace with her alone, and I do not want – I cannot bear the thought that she might be dispossessed of what I have given her, on the pretext that I am out of my mind." An argument, he feared, would be put forward by his brother and mother, whom he accuses of poisoning his life. After the poet's death in 1867, his mother in fact destroyed all his letters from Jeanne. We know very little about this little actress with several patronyms and whose birthplace is unknown, whom Baudelaire met in 1842. She came to play such a significant role in his life that the poet begs Narcisse Ancelle to take her under his wing and counsel her wisely after his suicide. However, the knife blow he inflicted on himself a few weeks later did no lasting damage.