A legendary Ferrari of the 1960s

One of the most famous models by the Italian carmaker is coming up at Le Mans in a sale staged just before the 24 Hours drivers' parade. 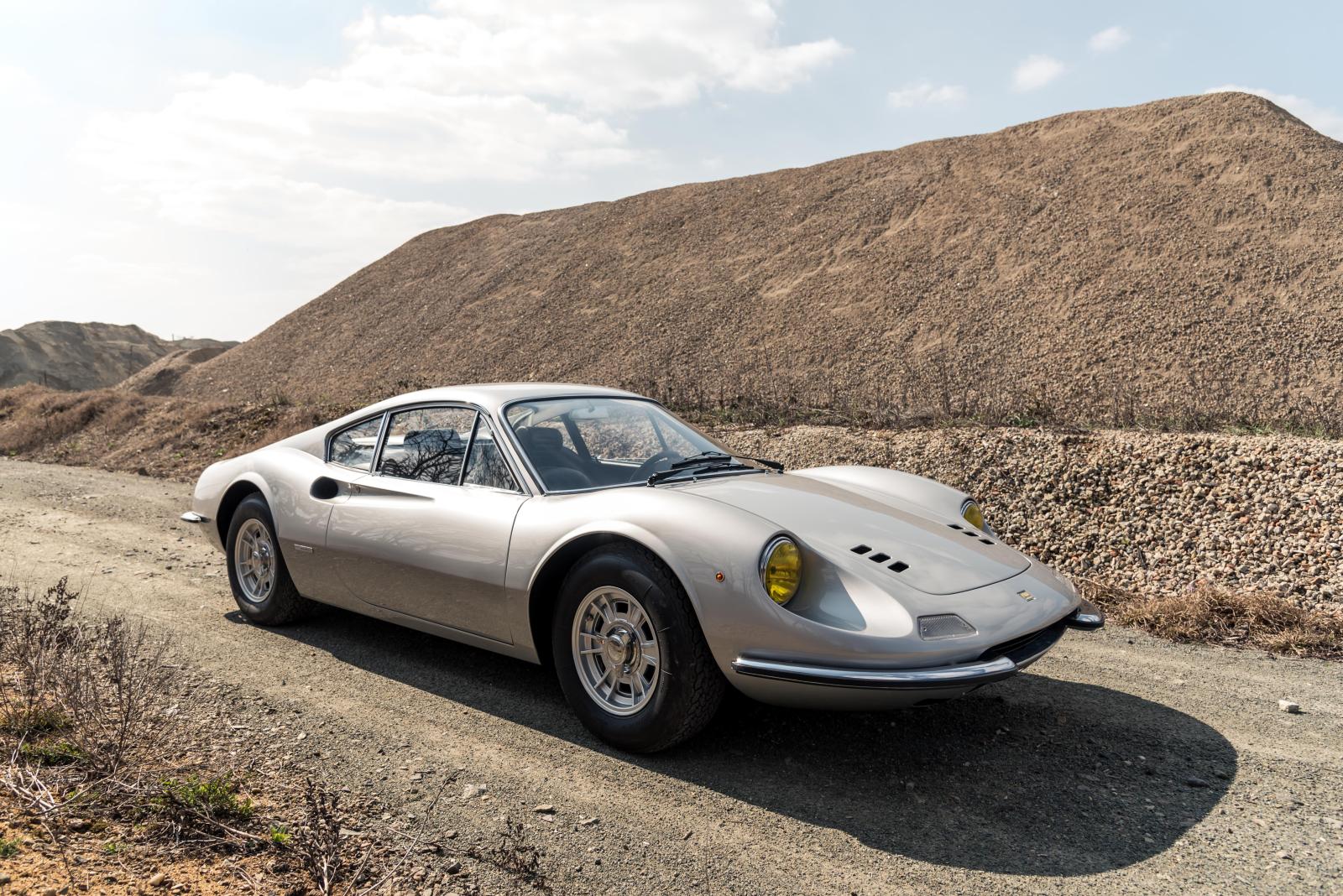 In fact, two Dino GTs will be up for sale, a Type L and a beige Type M, brought into service on 29 December 1971, with only 6,700 km on the clock, which should fetch around €290,000. These exceptional cars come from a single collection belonging to Mr Pierre V, who has maintained them in perfect condition. He obtained the Dino 246 GT Type L in June 1992 after it was serviced by Ferrari's official importer in France, Charles Pozzi, established in Levallois. It was then entirely restored to its original configuration, including its colour: Light Grey Metallic. Its detailed history and impeccable condition make this model an extremely desirable proposition. It also features in Jean-Pierre Gabriel's reference book on the Dinos, in which he tells us that the vehicle was the eleventh of this type to be made, out of the 3,761 produced between 1969 and 1974. The 246 GT, a grand touring sports car presented at the International Auto Show in Geneva in 1969, succeeded the 206 GT of 1968 and continued the splendid adventure of the Dino line. This was created in 1965 by Enzo Ferrari in memory of his son Dino, who died at the age of 24 of Duchenne muscular dystrophy. Shortly before his death, the young engineer and another engineer, Vittorio Jano, had created a powerful V6 engine, intended to rival the Porsche 911. Enzo gave his son's name to all the subsequent models featuring the 6-cylinder engine. The 246, whether the coupé GT or the cabriolet GTS, was a sensation at the time. Its compact, squat style was due to Pininfarina designers Leonardo Fioravanti and Aldo Brovarone. Its 2.418-l engine made a singular noise, particularly when this extremely fast car accelerated from 0 to 100 kph in 7.1 seconds. It was also the first mass-produced Ferrari combining a central engine and propulsion, ensuring excellent road-holding. A real icon.

automobiles sportives et de collection
Le Mans - Place des Jacobins - 72000
Balsan Enchères
Info and sales conditions
Newsfeed
See all news
2020 edition of the ArtPrize Biennial canceled
Return of the British Art Show in 2021
Two Chinese encyclopedias awarded €8.1m at Drouot
National Gallery of Art in Washington acquires first painting by Native American
Not to be missed
Pre-sale
Female subjects
Women are in the limelight at this modern art sale, where a carved…
Pre-sale
The boy king and the virtuoso engraver
The meeting between the young Louis XIV and the sculptor Jean Varin…
Pre-sale
Superb tapestries from the Tchaloyan collection
Over fifty pictures in wool and silk dating from the 15 th to the…
Pre-sale
The flames of love that recall Versailles
Created in the late 18 th century, or more probably even in the…