Always at the front of the grid!

For the second year, the Marc-Arthur Kohn auction house will hold a sale of competition and vintage cars on the Nevers Magny-Cours circuit. 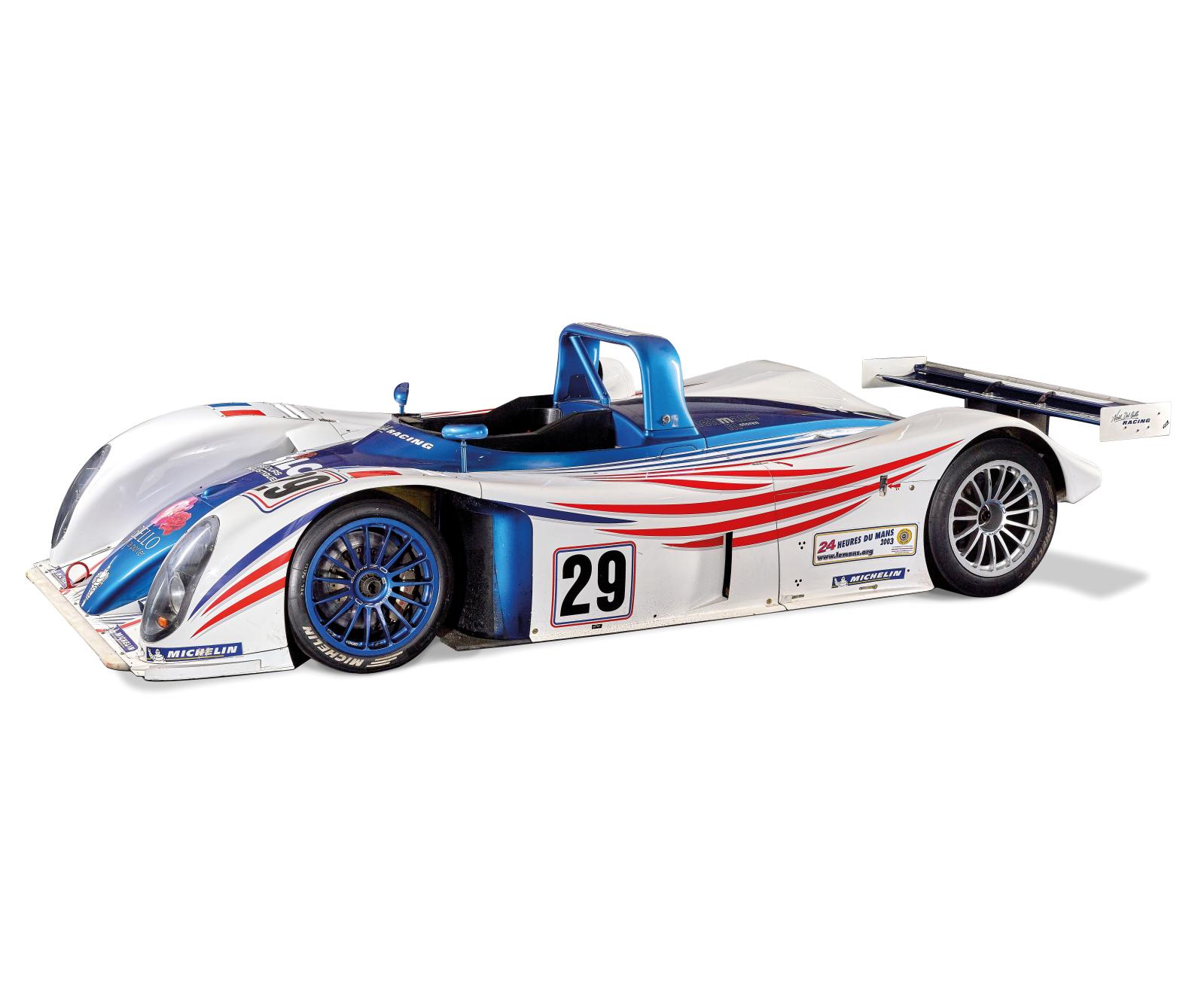 Among the 16 models on offer, with estimates ranging from €30,000 to €450,000 for vehicles of all major sports brands, this Reynard 2KQ LMP 675 from 2000 will stand out. It has made headlines since winning the 24 Hours of Le Mans competition twice, in 2002 and 2003, in the category LMP 675 - now LMP2, "LMP" meaning Le Mans Prototype, category 2 being reserved for vehicles of 900 kg minimum and engines of 5,000 cm3 maximum. In 2000 it appeared on the starting line as part of Fred Stalder's ROC team. However, the car had to drop out of the race when its Volkswagen four-cylinder in-line turbo engine, prepared by Heinz Lehmann, broke down at the eighth hour. It was designed by the English driver Adrian Reynard, an engineer who graduated from Oxford Polytechnic. He also made cars for Reynard Motorsport in collaboration with the mechanic Bill Stone and later drove them. Reynard dominated F3000 racing in the 1990s. The Reynard 2KQ LMP 675 returned to the 24 Hours with the French "Noël del bello Racing" team in 2002. It was then driven by Deletraz, Pillon and Lechner Jr., who brought it to victory just ahead of a WR in the last lap. The same team competed the following year under the same number, 29, but with two new drivers. In addition to Pillon, Maury-Laribière and Didier André drove this car with the same success. The engine has since gone into a well-deserved retirement, but it could be restored to perfect working order since it is still eligible for the Masters Endurance Legends and Endurance Racing Legends series. And it can still give its new owner some thrills.

automobiles de compétition et de collection, automobilia
Magny-Cours - Circuit Nevers Magny-Cours - 58470
Kohn Marc-Arthur
Info and sales conditions
Catalogue
News feed
See all news
2020 Turner prize cancelled, selected artists to receive £10k fellowships instead
Greece’s Culture Minister renews call for the return of the Parthenon marbles
Pérez Art Museum buys art to support local cultural sector
The city of Paris announces financial boost for the culture sector
Not to be missed
Pre-sale
Vincent Lécuyer Collection
The Paris gallery owner, who died in July 2019, left a group of…
Pre-sale
A peerless pair
Although these commodes were produced at different times, they make…
Pre-sale
Iconic cars
Rarities including a collection of Packards and a Lamborghini "supercar"…
Pre-sale
Lagerfeld by himself
Karl Lagerfeld died on February 19, 2019, leaving behind a legacy as an…