This mask from the former Emerson and Dina Woelffer collection in Los Angeles is a fine example of the Baule’s harmonious aesthetics and attests to their worship traditions. 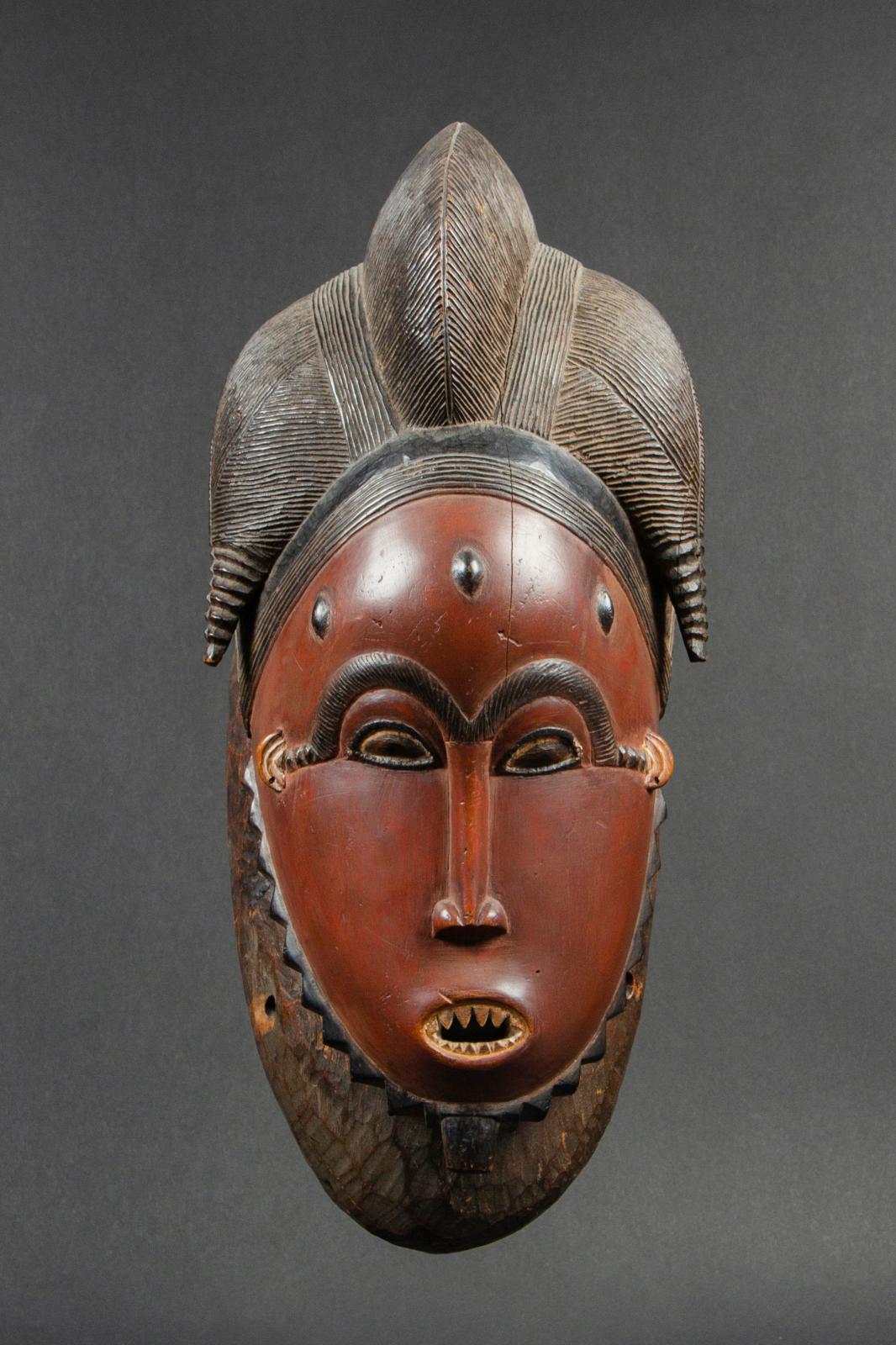 Looking at this large, beautiful Baule mask, one understands what the American artist Emerson Woelffer (1914-2003) saw in it: pure, perfectly harmonious forms, an ancestral object that conveys the spirit of primary forces. Like many 20thcentury artists, he found inspiration in his collection of African artworks. With its inner traces of wear and patina of former use due to the repeated application of natural pigments each time it was taken out, this Baule mask shows its age. Dating to the late 19th or early 20th century, it was used during many ceremonies in Côte d'Ivoire. Its forms are characteristic of Baule art. Baule masks are usually portraits of individuals known and even present in the village. Their African name is "Ndoma" which means "double". A group of admirers commissioned them with the likeness of a person appreciated for his prestige or beauty. Used during agricultural and fertility rituals, they were often reserved for special occasions. They were worn during Mblo entertainment dances too but their appearances were mostly fleeting to preserve their beauty. Everyone looked forward to seeing them worn by the dancers and reunited with the person in whose honour they were made.

arts premiers, objets de curiosité
Cannes - 20, rue Jean-Jaurès - 06400
Cannes Enchères
Info and sales conditions
News feed
See all news
Members of Art Paris selection committee resign
Scanner reveals hidden secrets in Marie Antoinette's correspondence with her lover
Museums in Seoul, South Korea, are once again temporarily closed due to the coronavirus
Visionary artist Christo has died at his home in NY at the age of 84
Not to be missed
Pre-sale
From the monumental paintings of Carmontelle to a monumental…
Initially planned for Sunday, March 29, this sale will be offering…
Pre-sale
Captivating Book of Hours from the golden age of min…
Attributed to the Master of Luçon, this Book of Hours from the Beauvillain…
Pre-sale
Classics from Van Cleef & Arpels
The beauty of natural stones by Van Cleef & Arpels in a set from…
Pre-sale
Jewellery from the Janine Saladin Collection
Around ten pieces of jewellery by Suzanne Belperron owned by a trailblazer,…